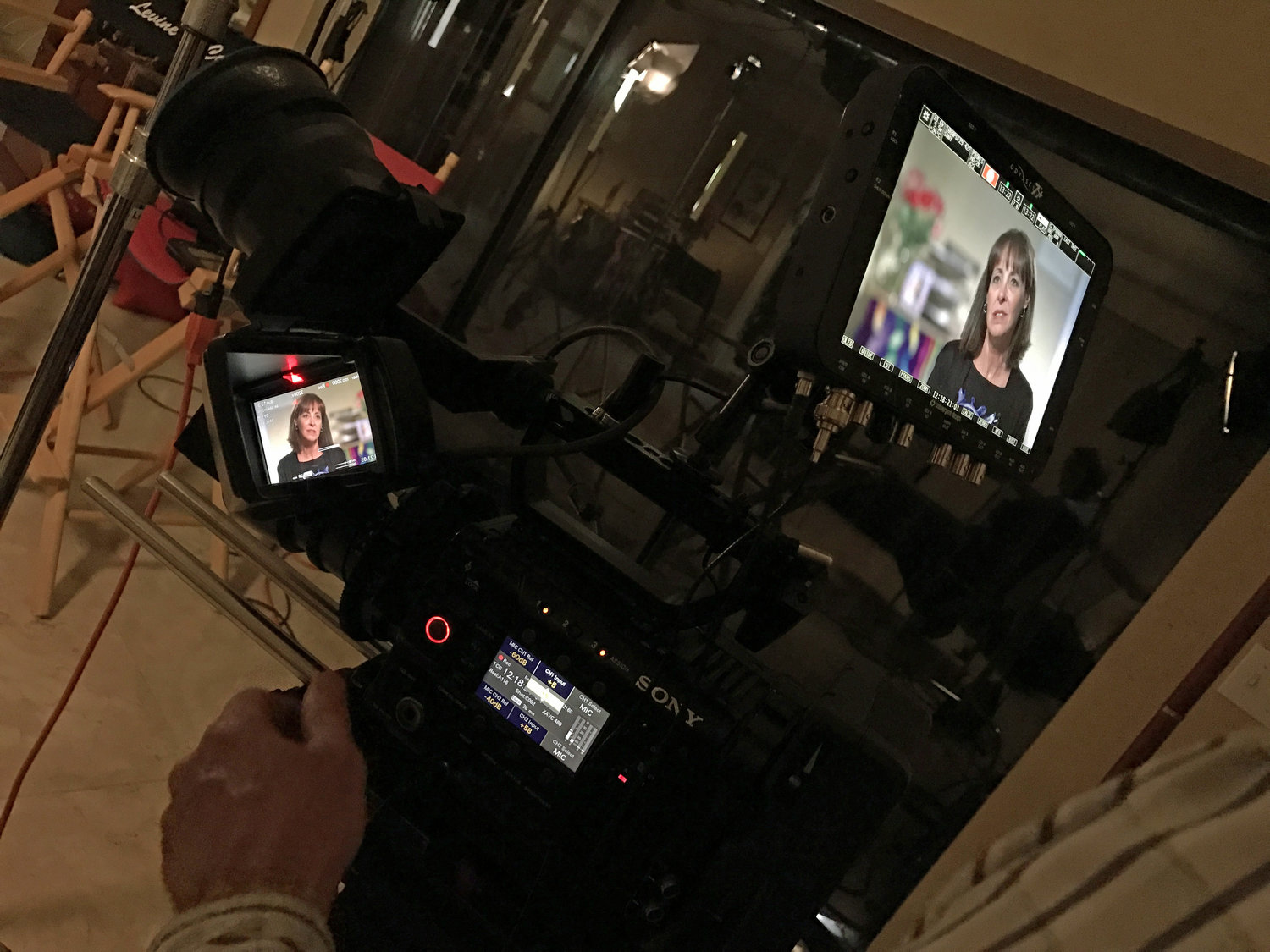 An estimated 100,000 Holocaust survivors live in the United States. Because many of them are well into their 80s and 90s, their number is dwindling.

In fact, a groundbreaking internship program at the University of Miami that paired Holocaust survivors with students ended in May 2016 because the program had a difficult time finding survivors who were able to participate.

A made-in-Miami documentary that will have its world premiere Jan. 17 at the Miami Jewish Film Festival contemplates the question “Who will tell the survivors’ stories when the last one is gone?”

The Holocaust Survivors Student Internship Program (HSSIP), which began in spring 2004, set out to keep the stories alive among a new generation. About 500 UM students worked with more than 50 survivors over 12 years, and their work is chronicled in the new film, titled “My Survivor.”

Mindy Hersh was HSSIP’s director of academic enrichment at UM’s Sue and Leonard Miller Center for Contemporary Judaic Studies from 2010 until the program ended. She’s now the senior executive producer of “My Survivor.”

“We had classroom sessions where speakers came in on a wide variety of topics,” she says, “but the primary part of the program was the time the students spent with the survivors.”

As the program, which started as a pilot project initiated by the International Commission on Holocaust Era Insurance Claims and in collaboration with the Miller Center and the university’s George Feldenkreis Program in Judaic Studies, was coming to a close, Hersh says she felt that the students’ experiences needed to be told to a larger audience. “To amplify it and find a way to leverage the number of people who could benefit from these student experiences,” she says.

Director Jerry Levine, of Levine & Co. Creative Television & Film, was contacted by Hersh to help create an educational film about the UM project. Hersh wanted something that could be shared in high schools and colleges, in libraries and in academic settings.

“I’m hearing about this, and I am thinking that there are so many very good Holocaust movies, and so many resources, but you rarely hear about it from a younger generation,” he says of the initial proposal, “from the people who really need to know what the Holocaust was about. I was fascinated right away with this idea of telling the story of the Holocaust through their eyes.”

Levine, of Bay Harbor Islands, says it didn’t take long to convince everyone in the room that the production should be produced and directed with a bigger vision for it – broadcast television, film presentations, etc.

With Hersh’s help, they set out to identify seven students from the classes of 2013, 2014, and 2015 who were now schooled as “secondhand” witnesses. They formed a not-for-profit called the My Survivor Film Project, which would partially be responsible for raising philanthropic funds for the film, and for the production of the movie.

The start date for shooting was set for Aug. 17, 2017. “Five days before, Charlottesville happened,” recounts Levine, referring to the Unite the Right rally on Aug. 12, 2017, in Charlottesville, Va., where hundreds of Ku Klux Klan members, neo-Nazis and other white nationalists marched in one of the largest gatherings of white supremacists in a decade. Some carried signs that read, “The Holocaust was a lie.”

“In the last couple of years of the internship, there was anxiety with the survivors watching rising global anti-Semitism, and increasingly there were more conversations between the students and the survivors happening about this issue,” Hersh says. “And then, Charlottesville happened. So all of a sudden, we went from this awareness of what was happening ‘over there’ to what was happening ‘over here.’ Not that this wasn’t already occurring, but Charlottesville put everything front and center.”

Levine says it was a watershed moment for “My Survivor.” “You hadn’t heard this parallel between what they were trying to do at these marches with the early Nazis,” he says. “Charlottesville was on the minds of everyone we were interviewing, especially the survivors, and it had an effect.”

In the film, news clips from Charlottesville are followed by historical footage of Nazi soldiers waving flags as they head through the streets of Berlin in 1938.

When the film was in final production, another event happened. On Oct. 27, 2018, a gunman shouting anti-Semitic slurs opened fire inside a Pittsburgh synagogue, killing 11 congregants. Levine says it was another fork in the road for the movie.  The filmmakers decided to go back into production in order to acknowledge the tragedy.

“So that’s the nexus,” Hersh says. “There’s the dwindling survivor population, the students who will tell the story when the last survivor is gone, and how it is all unfolding in this current climate of escalating hate crimes, anti-Semitism and Holocaust denial, and it’s through the lens of these students — their reality now.”

Levine says the movie defines the end of an era, and, perhaps the beginning of another looming cultural issue. “We wanted to give people a sense of the depth of the horror of what it was then, and to understand what we should be afraid of now as we look back,” he says. “And, what are the challenges the world faces when there will be no survivors anymore to give firsthand testimony?”