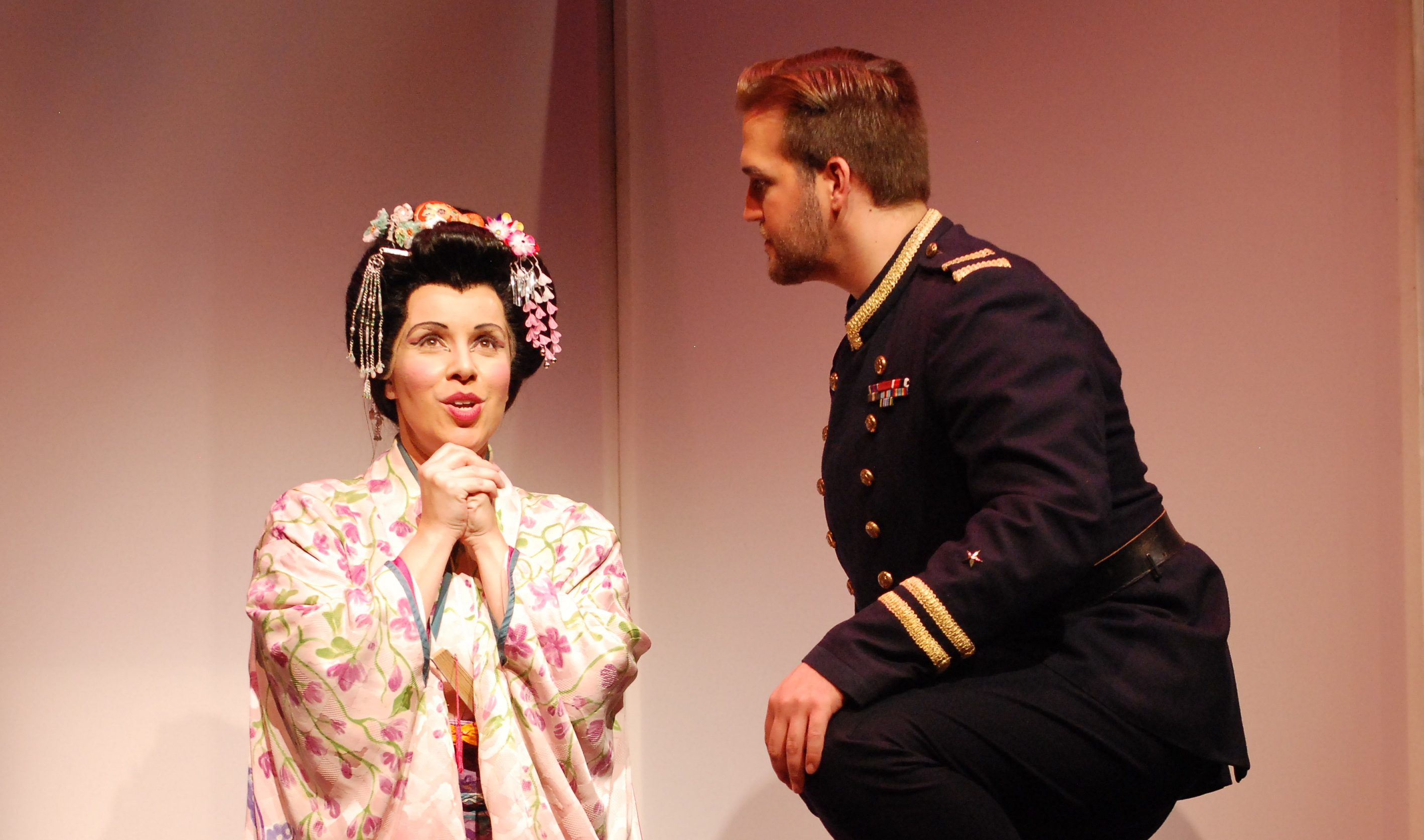 Soprano Sandra Lopez – who is returning to South Florida in the Florida Grand Opera’s “Madama Butterfly” – has a story not many performers can tell.

She was one of the first singers on the second-largest performing arts stage in the United States: the Ziff Ballet Opera House at the Adrienne Arsht Center for the Performing Arts.

In 2006, she had just completed Florida Grand Opera’s Young Artists Program, when she was asked to help out at the soon-to-open Arsht, then named the Carnival Center.

Along with a baritone, Lopez was called in to sing with a full orchestra to help acoustical experts tweak the sound.

“They were putting the finishing touches on the stage,” she says. “The orchestra played, and we sang, and the experts would listen from various points in the theater.”

When the center opened on Oct. 5, 2006, Lopez performed at its gala celebration.

“I learned something then about acoustics,” she says. “Having sung now in many of the older opera houses in Europe, I realize that acoustics are part of the magic for the audience being inside a theater listening to opera.”

She returned to the same stage 12 years later to sing the title role in Daniel Catán’s “Florencia en el Amazonas” for the Florida Grand Opera.

For the Miami Palmetto Senior High and University of Miami Frost School of Music graduate, this latest return to the Arsht is a dream come true. She will perform a role she has become known for and has come to cherish in her hometown of Miami, as well as in Fort Lauderdale’s Broward Center.

“I’ve sung ‘Madama Butterfly’ all over the United States and in Europe,” she says.

In the middle of the Florida Grand Opera’s run of the show, Lopez will hit the milestone of 50 performances of playing Cio-Cio San, the geisha girl who marries a U.S. Navy lieutenant named Pinkerton.

Lopez is fascinated with the message of cultural understanding, or lack thereof, in the storyline of “Madama Butterfly.” She was born to a Cuban father and a mother of European descent who was born and grew up in Ecuador. Though originally from New York, Lopez was soon swept up in moving from place to place overseas.

“My father was an international businessman. We lived in Hawaii, Singapore, passed through Japan, Mexico City for a year and a half, and then we moved back to the states,” she says. “I constantly felt that I had gone through so many cultures, and here I was a Hispanic-American.”

When the family moved to Miami while she was a teenager, she didn’t speak Spanish well. “I taught myself Spanish, and now I am completely fluent.”

She was always obsessed with music, playing piano and viola, and influenced by her father’s love for classical music – but when she learned a second language, the intrigue of other languages began to mix with her passion for music.

“I became interested in the stories that opera was telling. What does the language tell me about this character? What is the history that’s being told in this story?”

It all came together when a music teacher said she had the voice for opera.

Her career has taken her throughout the world. One of the many highlights: performing on tour with tenor Andrea Bocelli. It was memorable on many levels, she says, but she recalls a particularly unforgettable moment at a show in Puerto Rico.

Bocelli had been singing a song in Spanish throughout the tour. “He had been doing it with a Spanish accent everywhere we played. We were in San Juan and, at intermission, he came running into my dressing room and he wanted to speak through the words with me. He wanted to change the pronunciation of the words to be appropriate for South America and not for Spain. He wanted it to be right for the people of Puerto Rico.

“I found that to be such a level of love for his audience,” she says. “The respect he has for the music is something I completely admire.”

For the mother of two girls, ages 9 and 17 months, music is all in the family. Her husband is tenor Stuart Neill. The two met while performing as Mimi and Rodolfo in a production of Puccini’s “La Boheme.” The couple live north of Atlanta.

Puccini has a place in Lopez’s personal and professional life. She has a deep affection for “Madama Butterfly” and Cio-Cio San because of a cherished childhood memory. She was told that her great-great-grandmother studied singing and was also a soprano.

“My grandmother remembers as a young girl that her grandmother would hum ‘Un bel di vedremo’ to put her to sleep. This is ‘Madama Butterfly’s’ most famous aria,” she says. “My grandmother used to sing to me a couple of bars of ‘Un bel di’ and tell me how beautiful the music was. When it turned out that I had a voice that could sing ‘Butterfly,’ it was mind-blowing.”

“There’s more humanity in this production than I’ve been able to experience before.”

She credits E. Loren Meeker, one of the four female stage directors the Florida Grand Opera has helming each production of its 2019-2020 season.

To bring authenticity to the 116-year-old opera by Giacomo Puccini set in 1904 in Nagasaki, Meeker worked with cultural consultants from Japan, Lopez says.

“I have done certain things in every production I’ve performed in of ‘Butterfly.’ I have seen things done in productions, but this director will say, ‘Actually, that’s not correct for this particular time period,’ or she’ll say that my character would not have done something a certain way because traditionally it was done this way.’

“She is very much wanting to tell the story for it to feel very real. People will feel the humanity in this production. These are not archetypal characters; these are real people. And we have a front-row seat to what’s going on in their hearts and in their minds.”

When/where: The production will open Jan. 18 with a Butterfly Ball commemorating Florida Grand Opera’s 79th season. The evening will include cocktails at 5 p.m., the opera at 6 p.m., and dinner and dancing afterward.

Cost: Tickets start at $15 in Miami and $21 in Fort Lauderdale