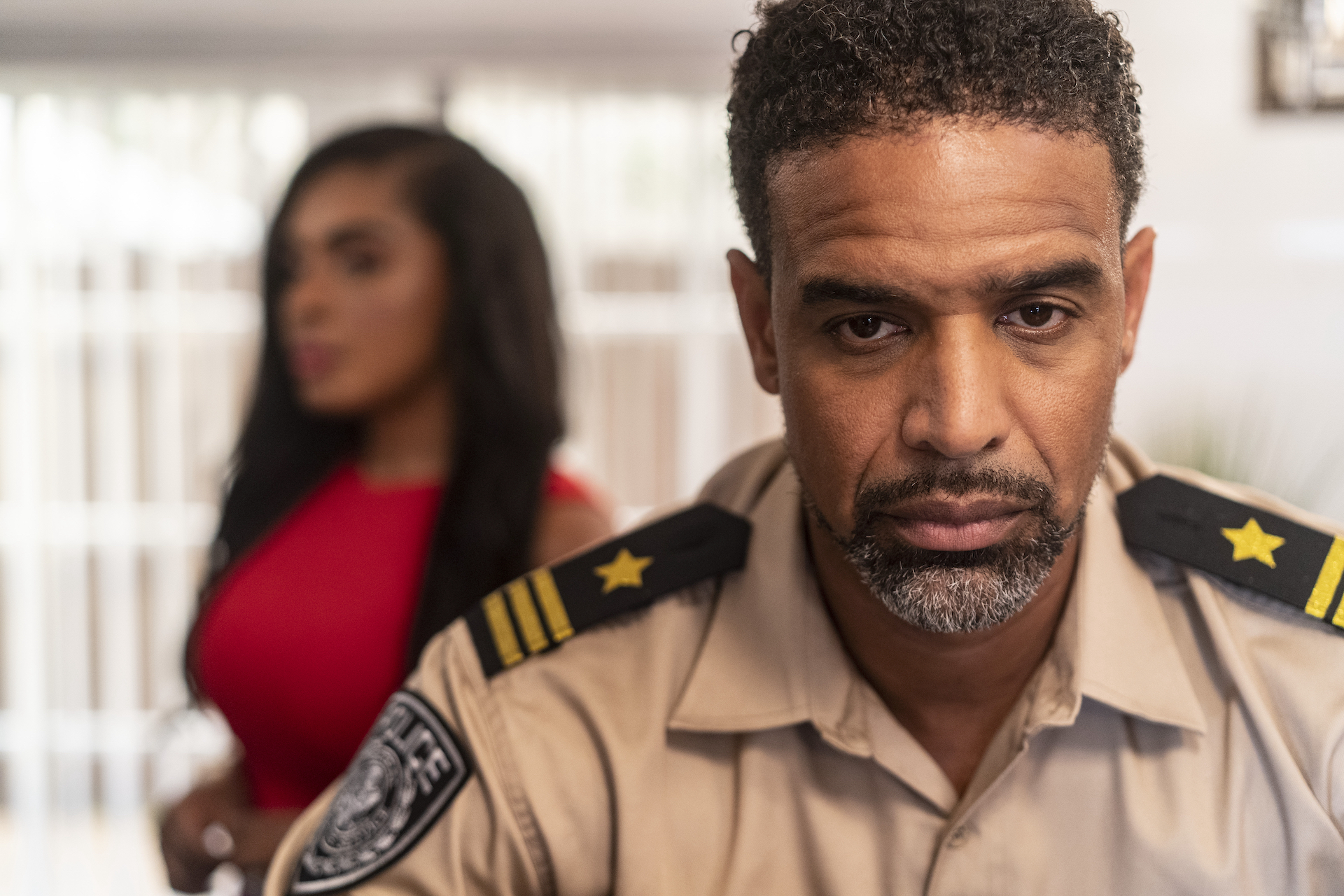 Miami Dade College entrepreneurship professor Yanatha Desouvre believes that when it comes to African-American cinema in general, and Haitian-American films in particular, there’s something sorely missing.

“People are hungry for authentic stories of people of color, Black people specifically in Miami, and authentic Haitian stories that have never been told before or are told in a different way,” says Desouvre.

His answer to that: the short film, “The Sweetest Girl,” which explores a forbidden love affair, a crumbling marriage, and the dynamics that come into play from both. It deliberately stays away from tropes often reserved for people of color, he says, and presents the dynamics of an everyday family, which is many times taken for granted in mainstream movies.

“The Sweetest Girl” was screened at the 2021 South Florida International Film Festival, where it won “Best Picture” in the Black and African category. Among the accolades in the festival circuit, it also garnered “Best Original Story” at the New York International Film Awards and “Best Short Film” at the New Jersey Film Awards. Next up, Desouvre is working on another Miami screening during Haitian Heritage Month in May.

“You get a chance to see a Haitian family,” says the film’s producer and co-screenwriter. “You get to see a husband, who happens to be a father, who is a professional policeman and who’s not corrupt. You get to see a wife that’s a mother, who is a professional journalist, who wants to not only find out about the truth about her marriage, but also the truth about politics in Haiti.

“You get to see this complex family, a Haitian family, which I thought I’d never see on television or anywhere in film.”

Genji Jacques, known as the “Haitian Denzel Washington,” plays husband and father Lucias Goodman. He says he drew inspiration from his favorite actor to help him play a role that delivers the following points: “Loyalty, honesty and being able to be upfront and forthcoming with whatever issues you’re dealing with in your marriage …

“I think the message is intriguing and it’s needed … Not only that but there’s a lot of symbolic messages in this movie that people can pick from.” 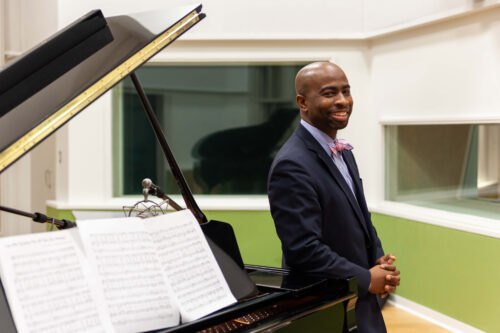 In addition to tackling matters of the heart, “The Sweetest Girl” addresses systemic issues in Desouvre’s native Haiti. The existence of “restaveks” (children who are sold into a modern-day slavery system) and the prevalence of gun violence echo throughout the 23-minute film.

“I am very proud to be part of something like this that brings awareness to an issue that Haiti is struggling with to this day,” says Ayomi Russell, who plays the role of a “restavek.”

Russell is African-American, not of Haitian descent, and says she learned a lot during the movie-making process.

“I didn’t know much about it before I joined this project, but once I joined it, I became a little bit more educated on something I was ignorant on,” she says.

Her role is also used to highlight other ongoing issues.

“We were dealing with colorism, sexism, all types of ‘isms’ in this story,” says Desouvre, pointing to prevailing perceptions of affluence or education based on the lightness of one’s skin. “Colorism is something we do in the Black community all the time.” 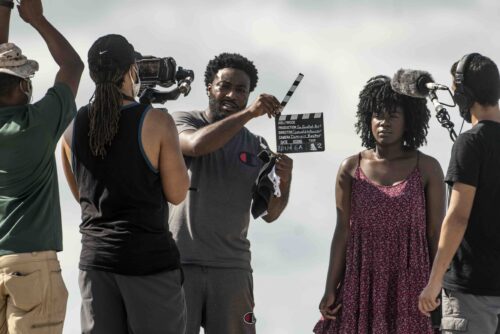 Seen being filmed is Ayomi Russell, who plays a “restavek” (a child sold into a modern-day slavery system) in “The Sweetest Girl.” (Photo/C.W. Griffin)

Russell can definitely relate. Once taunted for her ebony hue, she now is comfortable in her own skin.

“I grew up a victim of bullying because of my skin tone,” she says. “It took a very long time to get where I am, to get to the confidence that I have today. I started to get a little bit more comfortable because the whole movement happened where Black women were cutting off their perms and growing out their afro and accepting the way they look in their natural beauty and breaking out of European beauty standards. That’s when I really started to like myself for who I am and appreciate it.”

Russell hopes that others will be inspired by her presence in the film.

“One of my main goals in pursuing this career in acting is to create representation for little girls … and any woman that looks like me. I just want to change the way Hollywood thinks and how Hollywood casts,” she says.

Desouvre agrees that representation on screen, and even behind the scenes, matters.

He points out that many on his crew, which includes a large Miami-based crew, are of African-American or Haitian descent. This includes award winning composer Janice Muller, actress Reanna Ameline, and costume designer Prisca Milliance, who is a fashion instructor at Miami Dade College. 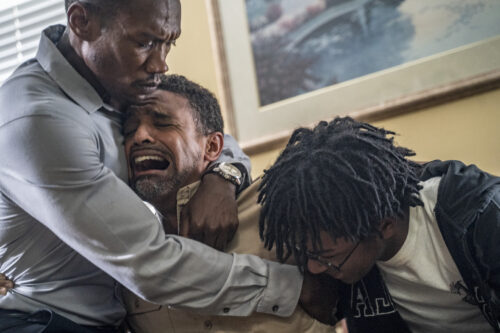 A dramatic scene in the award-winning “The Sweetest Girl.” Photo/C.W. Griffin)

Together with his co-screenwriter, Harry Jeudy, and director Samuel Ladouceur, Desouvre has another film in the works, which is titled “Flatbush” and set in a Brooklyn, N.Y., neighborhood in the 1990s. The full-length movie – expected to begin filming this summer- will serve as an additional opportunity to discuss issues such as xenophobia and the effects of crime.

“I was born in Haiti but raised in Brooklyn, N.Y., and as a child, I experienced xenophobia like, ‘Haitian, Haitian, go back to your nation,’” Desouvre says.

“Representation is so important to mental health because you get to see yourself, especially being Black and brown, in a nonstereotypical role and in a positive role. So this is really for the next generation to inspire them to see the light and the value within themselves,” he adds. “I think [the films] will also challenge other directors and producers to say, ‘Hey, you know what? We need to start bringing some positive messages and some symbols in our movies. So that we will reflect not only our people but Haiti as a whole in a positive light.’”

And for those who have already seen “The Sweetest Girl,” Desouvre has a message: He plans to address the movie’s final cliffhanger with a prequel that is currently in production.

For more information on “The Sweetest Girl,” visit yanatha.com.