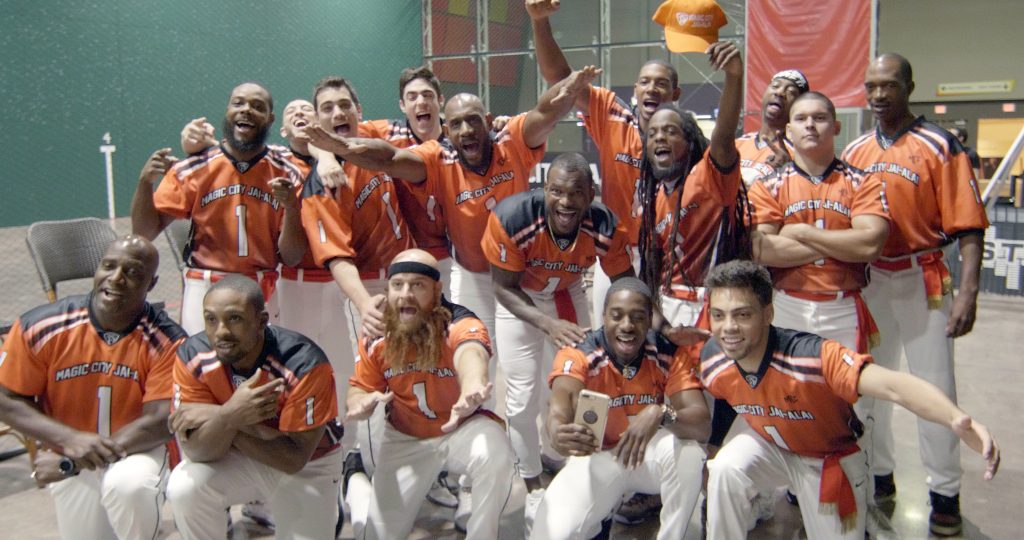 Over its 36 years, the Miami Film Festival has provided an invaluable platform for local filmmakers — and stories shot in South Florida — to gain exposure.

This year’s event turns that support up a dramatic notch. For the first time, the prize money of the Knight Made in MIA Feature Film Award is equal to the $40,000 offered by the international competition, the Knight Marimbas Award.

The cash bump by the Knight Foundation is a strong testament to how the local scene has blossomed in recent years.

“Over the past 10 years, we’ve planted seeds and seen them grow,” says Jaie Laplante, executive director and director of programming of the festival. “We have great artists who are exploring and want to tell Miami stories that are set in this very idiosyncratic and charismatic place that we live in. And the quality of films is great. We had a lot to choose from, over 100 submissions this year, and now we’re finally seeing enough great local stories that we can have a competition that gives out as much money as our main international competition.”

A likely catalyst of this financial boost is Barry Jenkins’ coming-of-age drama “Moonlight,” which was shot in Miami and in 2016 became the first LGBTQ film and first movie with an all-black cast to win the Best Picture Oscar.

Also, actress Patricia Clarkson will receive the Precious Gem Award, which honors artists who have made an indelible mark in film.

“She’s so versatile, and so wonderful, and she just won the Golden Globe for HBO’s ‘Sharp Objects,’ which she was completely fierce in,” Laplante says. “The first time I saw her was in Brian De Palma’s ‘The Untouchables’ in 1987. She had a very small part as Kevin Costner’s wife, but she was just remarkable in terms of how she could sketch an entire character where you felt like you know this woman, with very few short hand gestures and looks and line deliveries. So I was immediately struck by her.”

The director-producer team of Billy Corben and Alfred Spellman of the Miami studio Rakontur checks both boxes in terms of locals who are internationally renowned. Their main claim to fame is 2006’s “Cocaine Cowboys,” about the Miami drug trade in the 1970s and ’80s that became the highest-rated documentary on Showtime. Other works include “Dawg Fight,” “Limelight,” “Broke” and “Raw Deal.”

Corben and Spellman will host their first-ever double feature at the festival this year. The Miami premiere of “Screwball” examines many of the shady characters involved in the 2013 MLB doping scandal that ultimately ended the career of Alex Rodriguez, then the highest-paid player in baseball history. The world premiere of “Magic City Hustle” tells the absurd but true tale of ex-Miami Hurricanes athletes who enter the sport of professional jai alai, which helped Magic City Casino maintain its license to have slot machines and poker rooms.

“Talk about an only-in-Miami hustle,” says Corben, a UM grad who also attended the New World School of the Arts. “The UM Athletic Department agreed to send out an email to all its former male athletes in all sports that asked if they’re looking for work and do they want to play professional jai alai. And they got a bunch of dudes to come out and do it, which is hilarious. Most jai alai players are from Spain, and most have played since they were little, like baseball and football for American boys.

“These guys put a cesta on their hands for the first time in their lives in January and February of 2018,” he continues. “And on July 1, they were playing professional jai alai, which some couldn’t even pronounce — they called it ‘Ja-LA-la.’ It was ridiculous. And very moving. I mean, talk about underdogs. You’re really rooting for these guys, and there’s a lot of money at stake.”

Corben oversees the music for all Rakontur’s films, having utilized Jan Hammer, Luther Campbell and Moby on past works. He focused exclusively on local artists for “Magic City Hustle.” Some of the musicians’ songs in the film include works by Electric Piquete, Suenalo, Arthur Baker, Jason Joshua and the Beholders, Cave of Swimmers, Fusik, TWYN and Rick Moon.

“I don’t know a lot of musicians in this town that can make a living as a musician,” Corben says. “So everybody’s got side hustles. If we can find a way to share some love and support and license some local music, that’s what we wanted to do. It’s a lot of fun. I love a lot of these bands, and we never really had an opportunity to collaborate before. We just wanted to score [the film] in the most Miami way possible, and what better way of doing that than homegrown talent?”

Another homegrown film premiering at the festival is “Vandal,” the gritty directing debut by Miami native Jose Daniel Freixas about the thrills and struggles of illegal graffiti artists. It’d be a compelling subject for any director, but all the more so for Freixas, as he’s been immersed in that scene for most of his life.

“I come from the graffiti world. I’ve been doing graffiti since I was 10,” says Freixas, 36, whose other film credits include producing the 2015 coming-of-age drama ‘Magic City Memoirs.’ “I’m not active anymore, but it’s really one of the reasons I even got into this profession, because I was so active in the graffiti game in Miami, and I felt that it was kind of a crazy world in many respects. I started saying, ‘Man, I gotta make a movie on this, because this is just a wild game.’ And it just stuck with me.”

Nowadays, when people think of graffiti, the fantastically intricate and colorful murals of Wynwood come to mind, as well as the hugely publicized works of famous artists such as the mysterious Banksy. But it wasn’t always that way.

“Graffiti has changed,” Freixas says. “The era I came from, which was like ’90s graffiti in Miami, was a very violent scene. The graffiti crews were almost like hybrids of gangs, and it was very territorial. If you’re spraying on somebody else’s neighborhood and they catch you in the act, they will jump you. Or if you go to a party in another neighborhood and that crew’s there, and they don’t like you, you’re fighting. There was a whole gang aspect to it that I don’t think exists today. Now, it’s a lot more about the art.”

Because filming the creation of world-class graffiti requires authenticity and precision, Freixas called upon “graffiti doubles” to step in for his actors when needed, drawing upon his street cred to access artists that no other director could hope to approach.

“We had a whole crew of very famous graffiti artists, some guys that have never done a legal wall,” he says. “They’re infamous vandals, and I’m not even allowed to say their names, and they came and did a lot of the graffiti in the movie in place of the actors. I was able to access that world in a way that somebody who’s not from the community couldn’t have.”

With “Vandal,” Freixas may have finally realized his dream of making a film about graffiti. But that doesn’t mean it’s not still in his blood.

“It wasn’t too long ago that I was out on the streets vandalizing something,” he says. “It’s one of those things that anybody that has come up in the graffiti world knows: Old habits die hard.”

Photo: “Magic City Hustle” is one of two films from director Billy Corben and producer Alfred Spellman screening at the Miami Film Festival.