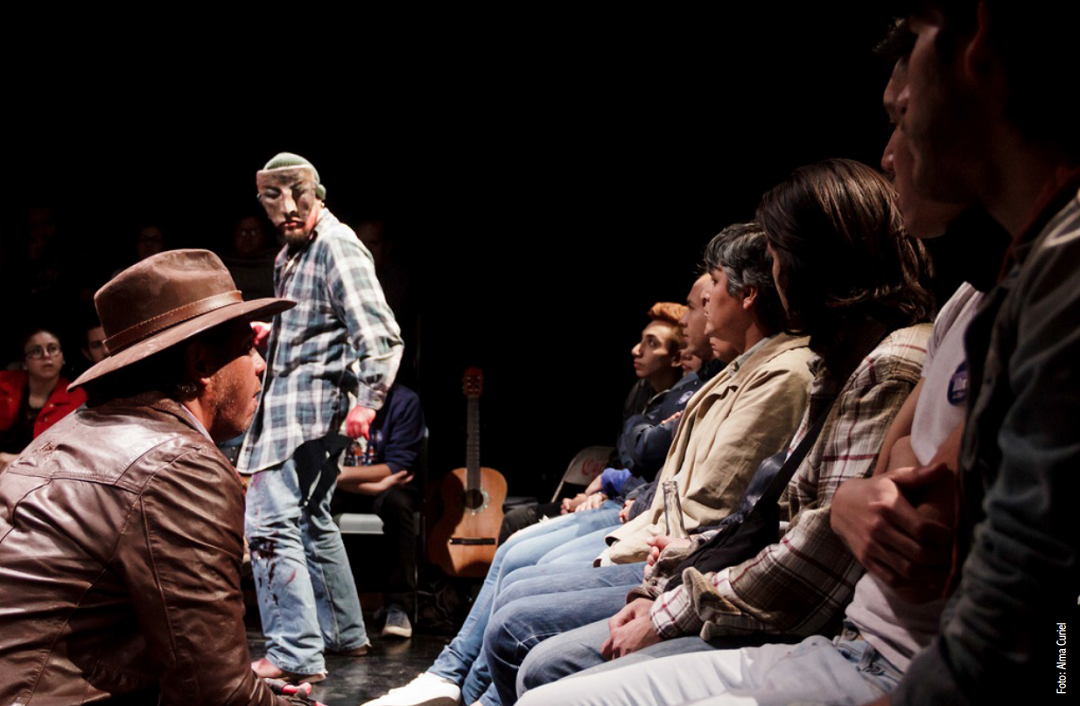 It’s a safe bet that William Shakespeare would have welcomed the reimagining of his “Macbeth” to be performed Thursday and Friday at Miami-Dade County Auditorium’s On.Stage Black Box. It’s a Mexicanization of the classic, set during the blood-soaked era of Pancho Villa versus Los Federales. Its title character is called Mendoza rather than Macbeth.

But this production of acclaimed experimental theater group Los Colochos presented by FUNDArte doesn’t simply change the time frame of Shakespeare’s work and a name. They dare a great deal more, altering traditional staging, adding and subtracting a few characters, and even re-working the very language of the bard. Critics, universal in their praise for the work, often describe the Los Colochos text as Shakespeare told in the sensibility of Juan Rulfo. Rulfo, a giant among Mexico’s writers, uses understated, colloquial language to convey the “murmuring of the village,” with its dust and tragedy, its loneliness and ever-present dead.

The seeds for this production were planted more a decade ago when Los Colochos director Juan Carrillo, still a drama student, was performing in a traditional production of “Macbeth.” His mother had come to see the show. Afterwards, she said: “I didn’t understand it, but it was beautiful.”  Soon after, he and his fellow students began puzzling over the how to open-up theatrical master-works, making them far more accessible to far more people.

Around the same time, Mexico was initiating cultural out-reach programs known as “Emergency Rooms.” The idea was to provide innovative theater groups rehearsal space in unexpected places: town-squares, cafeterias and canteens, courtyards, living rooms, etc. Many of these spaces were in “under-served” neighborhoods. After a rehearsal, the actors and the defacto audience would talk. What worked? What might have been clearer — stronger?

Los Colochos’s “Mendoza” sharpened its teeth over two years of these conversations. It had its theatrical premier in 2012 to an audience of no more than a dozen. Los Colochos has hardly stopped since then, performing “Mendoza” in Colombia, Cuba, Peru, Costa Rica, Germany, the United Kingdom, Spain, and now the United States.

Staging for “Mendoza” — the audience surrounds the actors on all four sides — is spare. Actors frequently are quite literally in the face of an audience member. Props too are minimal. However, blood is not. Nor is horror, as at one point a live rooster pecks at the naked body of one of those who stood in the way of El Mendoza. When Birnam Woods begin to creep, it does so chillingly, convincingly, only through the rhythmic pounding of chairs.

“Mendoza”’s authors — Juan Carrillo and Antonio Zúñiga — have added a contradiction or two. The Lady Mendoza, for instance, has a childhood friend who loved her.

Perhaps most remarkably considering the weight of the original, the language of Mendoza is downright gorgeous. Here’s a taste.

I am whatever you want to name, my general, generalissimo. /

No wonder he listened.