‘Long Distance Affair’ is back for a fresh virtual journey 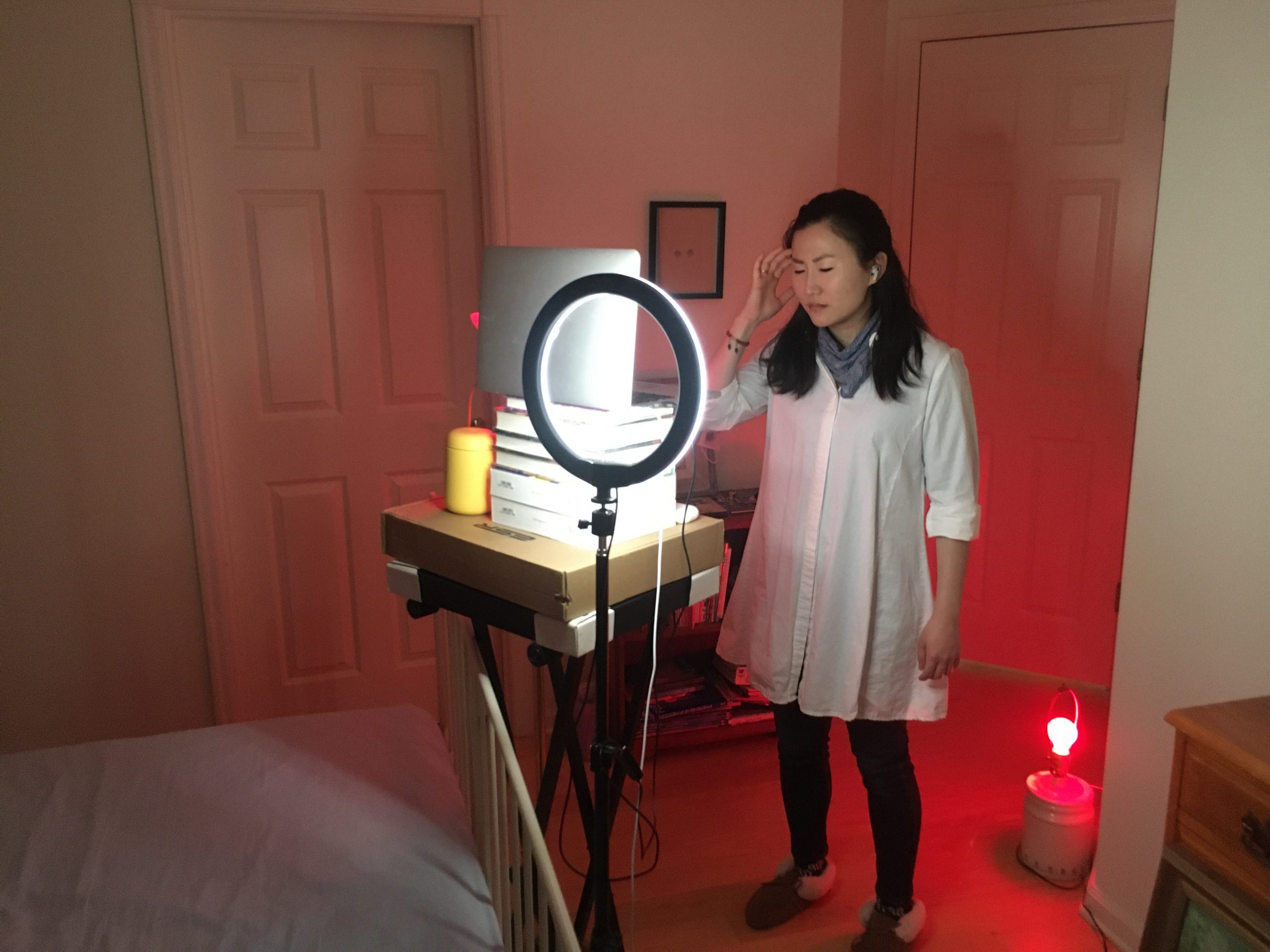 With most venues shut down for nearly a year, pandemic-era theater has taken many forms: play readings; previously recorded productions; shows or revues shot with safety protocols in place; artist interviews or classes; and, more rarely, the occasional live experience.

But few digital productions have achieved what Miami’s Juggerknot Theatre Co. and New York’s PopUP Theatrics pulled off in May with “Long Distance Affair.”

Now “Long Distance Affair” is back with an entirely new set of plays, performers and destinations.

Running from Feb. 12 to 21, the production will take adventurous theater fans on virtual quick trips to Mumbai, Beirut, Mexico City, Lagos (Nigeria), Los Angeles and Portland (Oregon). A journey to three cities costs $40; double that for all six.

Juggerknot founder and executive artistic director Tanya Bravo notes that the first “Long Distance Affair” was propelled by “an urgency to connect” in the early days of pandemic isolation. She and her collaborators had hoped to do a second edition before the presidential election but felt too many colliding pressures during the fall.

“We were all stressed out. Many of us were trying to get the word out about voting. It became a different world after the election,” Bravo says. “The first ones got such a wonderful response that we said, ‘Let’s try this again.’ This time, we asked, ‘How close and intimate can we get in this medium?’”

Bravo is one of several Miami-connected artists involved in this edition of “Long Distance Affair,” producing alongside her sister, Natasha Bravo, who is Juggerknot’s community impact director. 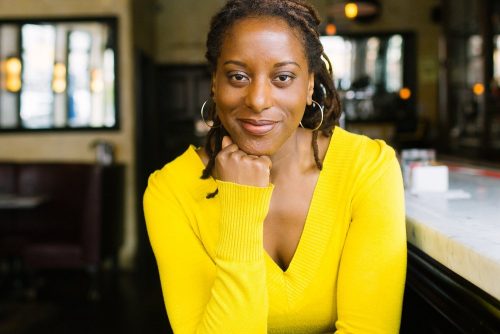 Others include playwright-director Michael John Garcés, a Miami native and 2020 Doris Duke Artist Award winner who is artistic director of the Cornerstone Theater Co. in Los Angeles; playwright France-Luce Benson, who grew up in South Miami and serves as community engagement coordinator for Los Angeles’ The Fountain Theatre; Tai Thompson, a New York-based director who has spent the pandemic with family in Miami and Daytona Beach; and Michelle M. Lavergne, Juggerknot’s company manager and stage manager.

Each piece is the work of a playwright, director and solo performer – most of them first-time collaborators based in different cities. Meeting virtually, they got to know each other, asking questions whose answers were often worked into scripts, then rehearsed and refined the work via Zoom and other platforms. 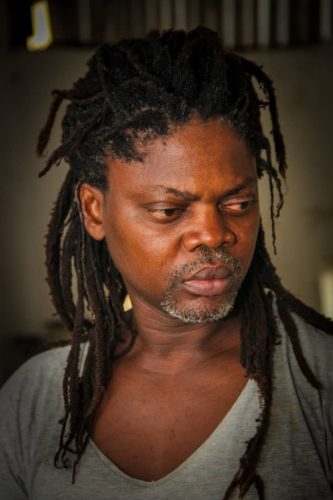 Ana Margineanu, PopUP cofounder and creator of the “Long Distance Affair” concept, is directing Zainabu Jallo’s “Bariga Spirit,” which will be performed by Segun Adefila at his home and arts center in Lagos.

Singapore-based Henrik Cheng, who will help run the show along with Lavergne, is directing Mexican playwright-director Alfonso Cárcamo’s “Troya,” to be performed in Mexico City by Naomy Romo.

The six pieces vary in style and thematic content, exploring marriage and betrayal, the longing for parenthood, spiritual connections and more. But a key element in each play involves achieving a real connection with those watching them.

“The goal is to make the audience actually be a part of the experience,” says Margineanu. “We don’t want to be competition for YouTube. With Netflix, if you step away to go to the bathroom, nothing changes … ‘Long Distance Affair’ has been pretty successful; people respond more strongly because of the intimacy. You sense when you’re needed. A connection has to happen from both ends.”

Director Thompson has worked hard with her playwrights and actors to create connections that will go beyond fleeting engagement with the stories.

“Coming out of this crazy year, where we’re all in this PTSD realm, there’s a certain amount of healing these shows are exploring,” she says. “[Benson’s] ‘Angelique’ is based on a ritual the character is sharing with her Facebook followers, a very personal, intimate experience … You feel like you’ve known her from the very beginning; it feels like we’re connected in the ritual. ‘Long Distance Affair’ has always been interactive, but this reaches a different level, as a metaphysical type of connection.” 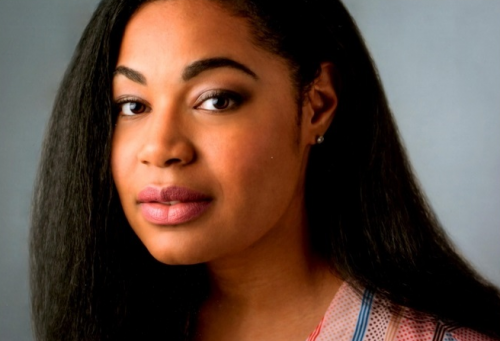 Bramhandkar’s Mumbai-set play centers on a medium trying to tell her observers about themselves, while also tapping into the qualities of the city where she was born by conveying “the absolute warmth, natural rhythm and musicality of my culture and my city,” the playwright says. “I learned that for immersive pieces, the creation is even more in the hands of the people you’re creating with. The process of [the writer] letting go happens sooner … this is the first time I’ve created something with the audience so acutely in mind.”

“Our show cannot happen without the audience,” Thompson observes. “The [actors] are talking to you. They’re asking you questions. If you don’t answer, you might as well hang up.”

Though Thompson and Benson are both from Miami, “Angelique” marks the first time the two have worked together. The playwright isn’t fond of virtual rehearsals – “It’s not my thing; I miss being in the room together, but this does feel closer to a live theater experience,” Benson says – and though she misses watching an audience respond to her work, she noticed something about pandemic-era virtual theater.

“This has made theater so much more accessible. Theater can be so elitist. It sometimes doesn’t reach the audience that it’s about,” she says.

“Long Distance Affair” also pairs artists from different countries, people with varied theatrical traditions and training, allowing them to collaborate inexpensively without the worry of travel, housing, meals or visa issues. Margineanu and Adefila – collaborating on “Bariga Spirit,” a story inspired by Adefila’s life of a Nigerian royal torn between traditional expectations and the dreams of a big-city artist – appreciate the benefits.

“Ana and I have different performance practices … At first, I saw the audience as mere spectators watching me tell my stories. Ana said, ‘Let’s make the audience the spirits.’ That’s the essence of ‘Long Distance Affair,’ the thin line between performers and spectators,” says Adefila, during a WhatsApp call from Lagos.

“I love trying something new. I’m an adventurer. The pandemic has created a lot of walls, but as artists, we manage to break down walls. With digital performances, I feel I’m coming out of this better.”

Adds Margineanu, “I was super excited to get paired with an amazing Nigerian actor whose practice is rooted in tradition and ritual. We made an effort to marry a modern perspective with a very local spirit … I’d love to believe that my methods of creating, relating and performing could bring him something he could use in his own art.”

In devising “the break,” Garcés was mindful of Portland as “a nexus of protest and of militias, with tensions between the left and right.” After discovering that Wu was interested in playing an antihero, he worked to craft a piece that would be fun and theatrical, with elements of science fiction. Director Francis also influenced the play’s final form.

“Tracy helped me find what was meaningful vs. what was extraneous,” he says.  “She helped sharpen it. We didn’t want too much exposition; we wanted it to have an internal logic, so the person following it could make their own story. Tracy has a great dramaturgical mind.”

Francis says credit for the play’s style belongs to Garcés.

“There’s a lot of poetry in the piece. The character’s memory is coming back in fragments. She’s caught in a time loop. She exists in 2041 and 2021. The dramaturgical purpose is to disorient your perceptions,” the director says.

Although the run of the second “Long Distance Affair” isn’t a long one, Bravo believes that this born-of-necessity virtual way of making theater is likely to remain part of Juggerknot’s creative endeavors once the company returns to in-person immersive productions.

“Can we have another leg of Juggerknot that’s virtual?” she asks. “I feel we can continue to do it, to work with artists from all over the world.”