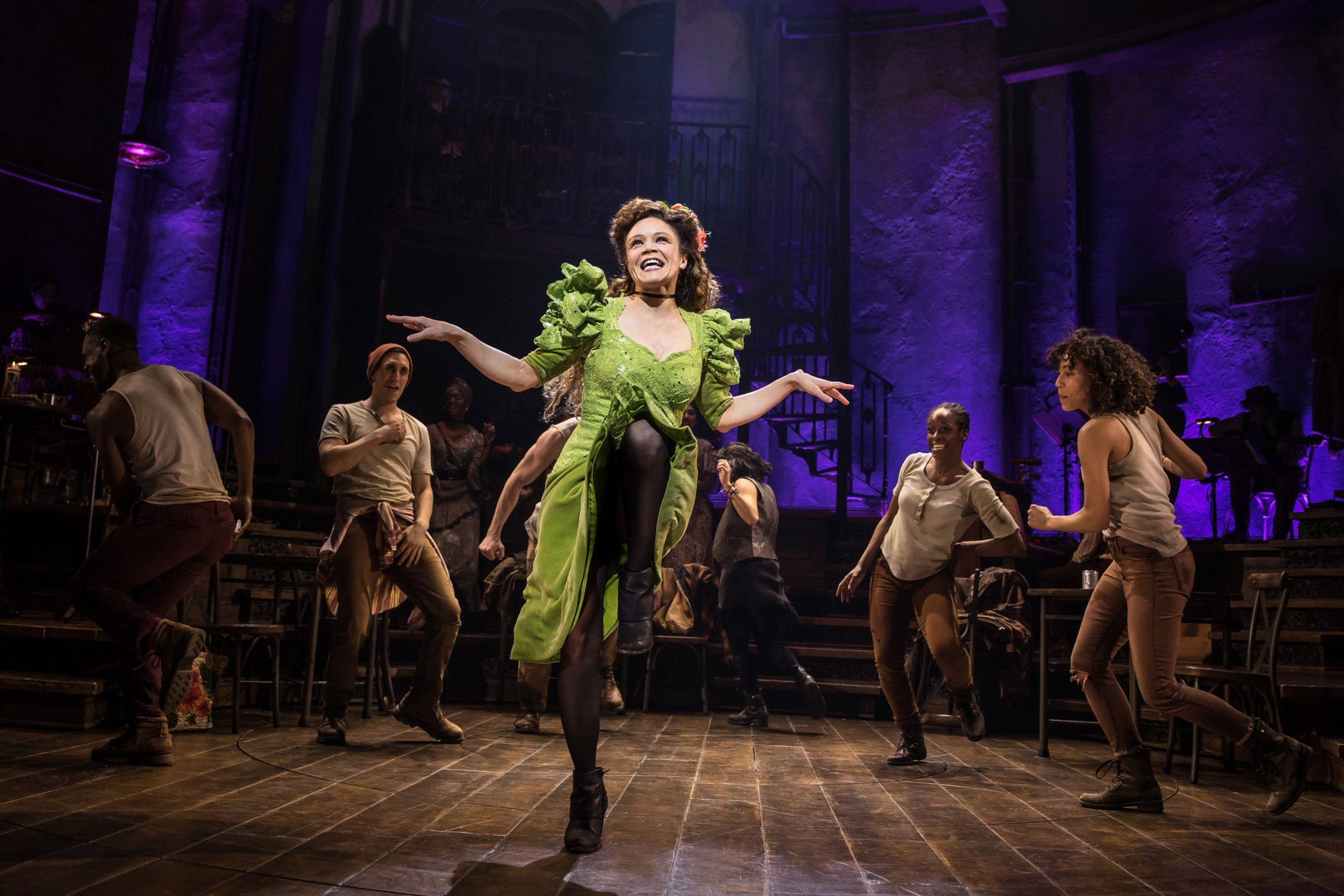 Amber Gray and the original Broadway cast of “Hadestown,” the New Orleans-infused musical running at the Arsht Center for the Performing Arts from Sept. 28-Oct. 3. (Photo courtesy of Matthew Murphy)

Like Broadway itself, touring versions of big New York shows have been on an extended hiatus during the pandemic – as have the South Florida performing arts centers that rely on the productions’ broad popular appeal to bolster the bottom line.

But finally, despite the variables (and variants) associated with COVID-19, Miami’s Adrienne Arsht Center for the Performing Arts and Fort Lauderdale’s Broward Center for the Performing Arts are announcing their 2021-2022 Broadway series lineups. Both all-musical season schedules are the culmination of a frequently shifting puzzle, one involving not just tour routing and picking shows for particular markets but also tracking the evolution of the pandemic itself.

How important is the programming supplied by Broadway Across America to the region’s arts ecosystem and the reopening of its major performing arts centers? The short answer: extremely.

“There is a need for community, for gathering together [around an artistic experience],” says Johann Zietsman, the Arsht Center’s president and CEO.  “A big piece of that is touring Broadway. People love Broadway.”

At the Arsht, that love is demonstrated in part at the box office: Broadway tours accounts for 45 percent of the center’s average $16.9 million in gross ticket sales per year, according to a spokesman. They play an even larger role at the Broward Center, where shows typically run two weeks (vs. one-week runs at the Arsht), with touring Broadway programming bringing in 55 to 65 percent of the center’s annual revenue, a spokesman says.

“I’d certainly describe touring Broadway as core programming,” says Broward Center president and CEO Kelley Shanley. “Broadway has the broadest reach of any type of programming we present. It draws larger and more diverse audiences. It reaches everybody in the community … And it’s also a primary economic driver for the center.”

Miami’s season will kick off with the South Florida premiere of “Hadestown,” winner of the 2019 best musical Tony Award and the 2020 Grammy for best musical theater album. Running Sept. 28-Oct. 3, the New Orleans-infused musical by singer-songwriter Anaïs Mitchell and director Rachel Chavkin journeys to the underworld, blending the Greek mythic tale of Orpheus and Eurydice with the story of King Hades and his wife, Persephone. 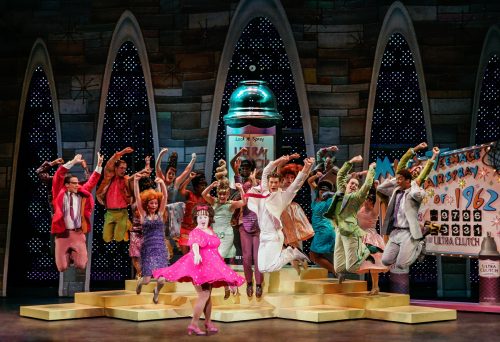 A new touring production of “Hairspray,” the 2003 Tony winner, will usher in 2022 with a run from Dec. 28-Jan. 2. Based on the John Waters cult film, with an utterly infectious Marc Shaiman-Scott Wittman score, the uplifting and enduringly resonant musical deals with body positivity and racial prejudice in Baltimore circa 1962.

The moving 2017 Tony winner, “Dear Evan Hansen,” with a book by Steven Levenson and a score by the Tony- and Oscar-winning team of Benj Pasek and Justin Paul, will be at the Arsht from Feb. 15-20, 2022. In it, a high school loner’s life is transformed by an increasingly problematic string of mistaken assumptions.

“Anastasia,” with a book by the late Terrence McNally and score by “Ragtime” composer Stephen Flaherty and lyricist Lynn Ahrens, centers on a mysterious young woman on a quest to discover whether she’s the only survivor of the massacre of Russia’s ruling Romanov family. The Arsht has it scheduled for March 22-27, 2022. 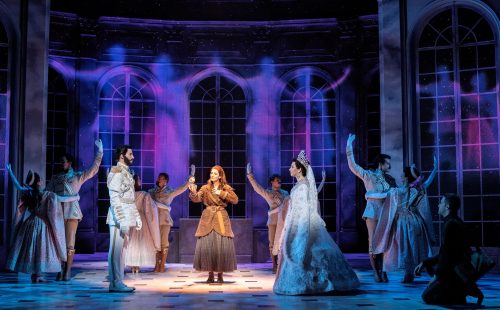 “Anastasia,” set for March 2022, tells the tale of a young woman on a quest to uncover her past. (Photo courtesy of Javier Naval)

The Broadway in Miami season will wrap up with a 50th anniversary production of Andrew Lloyd Webber and Tim Rice’s early hit, “Jesus Christ Superstar,” from May 31-June 5, 2022. The lavish, Olivier Award-winning, rock musical revival focuses on the final seven days in the life of Jesus Christ.

At the Broward Center, Broadway fans can enjoy five shows with two-week runs, plus two optional “choice” shows running a week each.

The season will begin Nov. 3-14 with the 2017 Irene Sankoff-David Hein musical “Come from Away,” based on a true story about the welcoming generosity of a small Newfoundland town when 7,000 international airline passengers were stranded there after the Sept. 11, 2001, terrorist attacks. Then “The Prom,” the 2018 Matthew Sklar-Chad Beguelin musical that became a recent Netflix movie, will run Dec. 14-19 as a subscriber option. The show is about an Indiana high school student fighting to take her girlfriend to the prom.

“Tootsie,” the first of several movie-inspired musicals in the Broward Center’s lineup, is set for Jan. 11-23. The 2019 David Yazbek-Robert Horn musical is about a notoriously difficult actor who finds career and personal rebirth by tapping into the woman within. And Motown legends get the jukebox musical treatment in 2018’s “Ain’t Too Proud – The Life and Times of the Temptations.” With a book by playwright Dominique Morriseau, the show will be at the Broward Center on Feb. 8-20, 2022.

Disney screen-to-stage hit, “Frozen,” will draw family audiences to the center on March 9-20, 2022. The 2018 show features a score by Oscar winners Kristen Anderson-Lopez and Robert Lopez, who added about a dozen new songs to the familiar ones from the animated smash. After that will be another subscriber option: a one-week run of Lloyd Webber’s 1982 hit, “Cats,” from April 5-10, 2022. 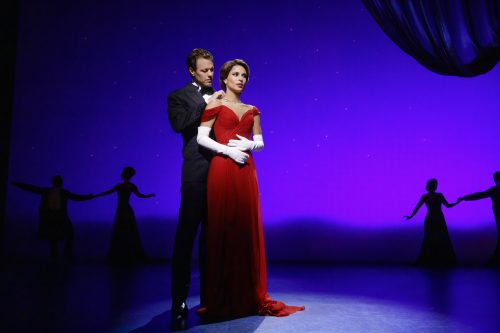 Broward’s season will wrap up with 2018’s “Pretty Woman: The Musical,” set for May 4-15, 2022. The edgy fairy-tale story of a wealthy businessman and an escort who fall in love features a score by Grammy winner Bryan Adams and Jim Vallance, and a book by the popular movie’s late director, Garry Marshall, and J.F. Lawton.

With the enduring pandemic having pushed the Broadway seasons later into 2021, blockbuster hits “Hamilton” and “Wicked” aren’t part of the new lineups.

Susie Krajsa, president of Broadway Across America, explains that her company has been “working with producers, booking agents and other national tour representatives to put the puzzle together for all markets … The routing of each market and the dates being considered need to be contiguous, and the tour needs to move across the country in a manner that makes sense geographically.”

Both Zietsman and Shanley emphasize that theater lovers returning to their centers as part of full-capacity Broadway audiences will experience environments geared to safety protocols, including temperature checks, touchless ticketing, hand sanitizers, Plexiglas barriers, improved air circulation/filtration, and possible mask requirements (depending on the state of the pandemic at any given time).

The Arsht has just announced that it’s phasing back into live performances, starting at the end of February with once-a-month, socially distanced improv comedy shows by Zoetic Stage and programs of short plays from City Theatre, both on the center’s outdoor Thomson Plaza for the Arts.

The pandemic “interlude,” as Zietsman calls it, has been “like losing our voice. We’ve done a variety of [online] programming, but it’s not the same as getting together live. Even though Broadway won’t happen for another eight months, it’ll feel like getting back to life.”

Broadway in Miami’s five-show subscription prices range from $191 to $764. Call the Arsht Center box office at 305-949-6722, the season ticket hotline at 800-9399-8587, or visit Arshtcenter.org. Current subscribers will automatically be scheduled into the new season, and if season dates and shows shift again, fully paid subscribers can get a credit or refund, or opt to convert their subscription into a donation.

Broadway in Fort Lauderdale subscriptions, including the five major shows plus one “choice” selection, range in cost from $270 to $715. Five shows plus both “choice” options cost $301.50 to $805.50 (premium Club Level seats cost more). Call 800-764-0700 or visit BroadwayinFortLauderdale.com. As with the Miami series, current subscribers will automatically be scheduled into the new season, and if season dates and shows shift again, fully paid subscribers can get a credit or refund, or choose to donate the cost of their tickets.