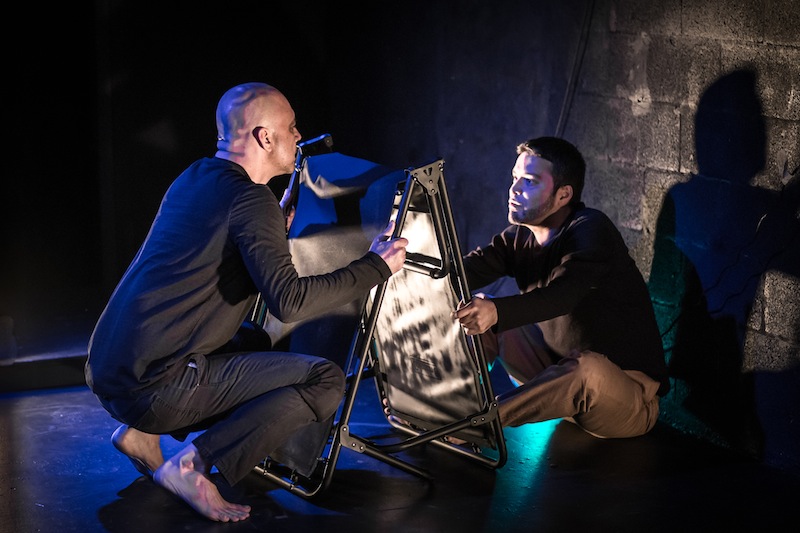 When founder and artistic director of Antiheroes Project, José Manuel Dominguez, set out to create a new work, he stumbled across the nothing short of epic life of French aviator and writer, Antoine de Saint-Exupéry, whose Little Prince is still one of the best selling books in publishing history. Dominguez became fascinated with the writer and the man who mysteriously disappeared in a plane over the Mediterranean Sea in July of 1944.

Artburstmiami.com spoke with Dominguez, who also happens to be blind, about the play, Saint-Exupéry’s life and the adventure of making theater in Miami.

How did it occur to you to write a play about the last day of the life of Antoine de Saint-Exupéry?

I wanted to write about an anonymous person who disappears, one of those stories that you see one day in the paper and then you never hear anything more about it. When I started searching the internet, I didn’t find what I was looking for. Instead I came across someone famous, Antoine de Saint-Exupéry, who I realized I knew nothing about.

What has been your own experience reading his work?

These days it’s extremely fascinating to read a writer who had so much faith in man. He spoke of this with such vehemence, you realize this essential theme of the human condition is now seen as old fashioned, ridiculous and puerile. Saint-Exupéry helped me reaffirm my ideals as an artist, humanist and thinker. At a critical moment, in the middle of a war when it looked like all the values were going to shit, he was one of the first to establish that within the collective unconscious exists the search and necessity for an ideal. To come across a voice like his – not just of a writer but one who is a guardian of the human spirit – was a luxury. In the world today where wars continue and almost no one asks why and if you dare to ask, you lose yourself in a sea of speculation and very well-constructed lies, reading Saint-Exupéry is like going out and picking flowers.

The play opens with a report on his disappearance and the second scene is about being lost in the desert. Was it your goal to cover key aspects of his life and if so, why?

Saint-Exupéry’s life is fascinating and I wanted to make it clear that the play is not about The Little Prince, but rather the man behind the writing. For that reason, we start off with a scene called “The Report.” I didn’t know anything about his life, so in principle, the play and the storyline is a product of my own surprise. Without coming off as a telenovela, his life is a legend. Since I didn’t understand all the complexities well, I began to chat with the actors about my ideas for the scenes and this is how we began to create the play.

Is the play concerned with the mystery surrounding his death and if so, in what way?

The play is about man’s final destiny, and in his case, about the search for paradise lost, a theme we’ve taken on in other plays. In my opinion his disappearance and the mystery surrounding it are key aspects to the fable of the play, but more important are the possible causes of his disappearance. What was happening on the last day of his death?

What are the challenges for the actors in this play?

I’m always asking them to change, to not be themselves, to look for something different inside the techniques we utilize. There is risk and experimentation in their work and in the act of working with a blind director. They have to make me see and feel what they are doing. If not, I feel like nothing’s happening. When we begin, I ask them, “What do you hope to gain from this play in your work as an actor?” Now at the end, I’ll ask them the same thing.

Is there anything else you’d like the public to know about this production?

Making theater in Miami continues to be an adventure. Thank god this breed of humans still exists: people who defend theater and the right to create, who perform in exchange for almost nothing, and who see the theater as a sacred space, one of the few niches for the experimentation and risk taking that survives within a society tarnished by a culture that prizes what is cheap and fast.