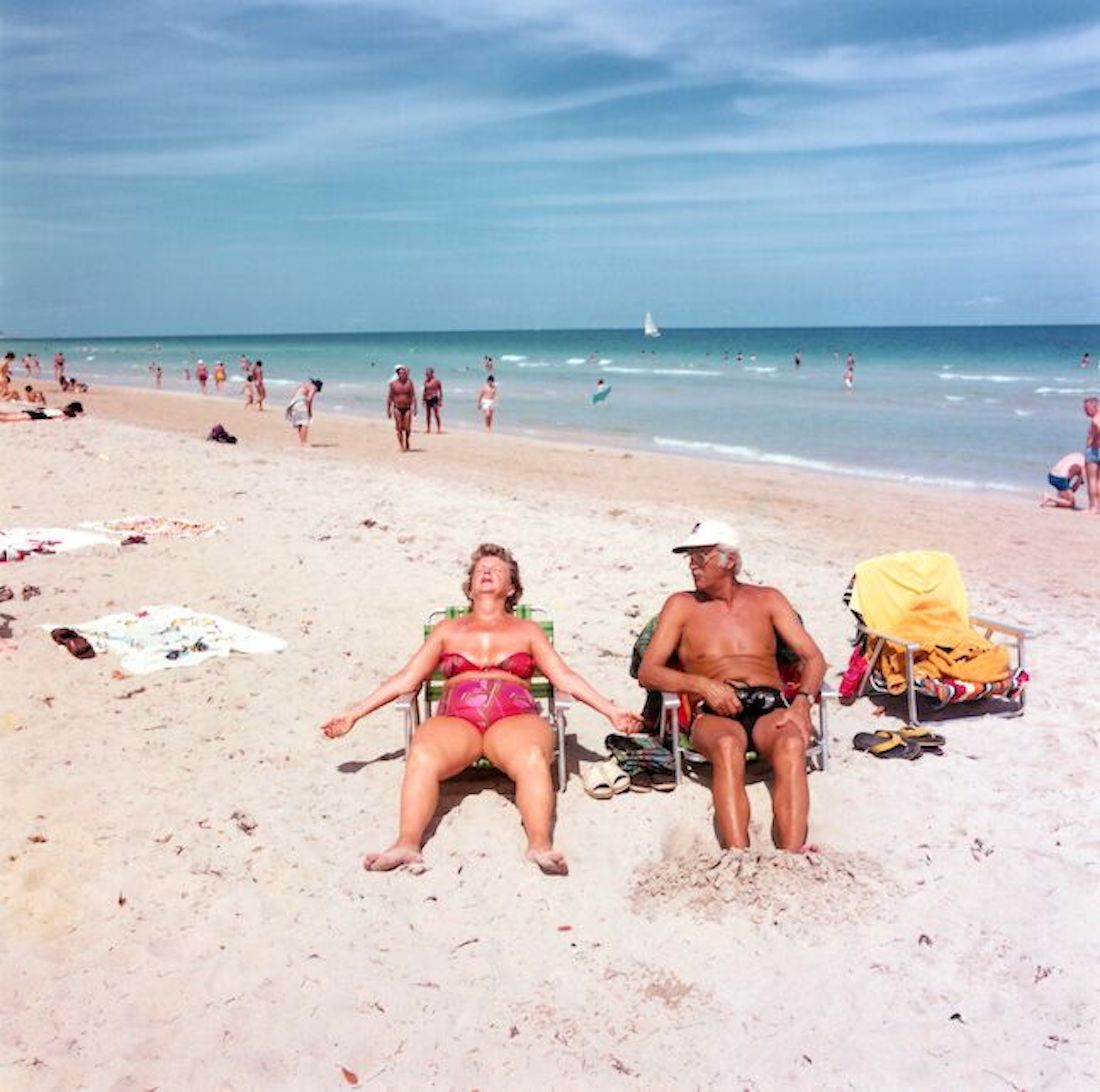 Dennis Scholl and Kareem Tabsch didn’t set out to create what became “The Last Resort,” a feature-length documentary that captures the 1970s and early ’80s in Miami Beach. It was meant to be a short film told through the lenses of two Miami Beach photographers and their decade-long project of chronicling the lives of Jewish retirees.

“Developing a documentary is much different than making a feature narrative,” Scholl says. “A feature is like building a new house: You get a set of plans, and it finishes just like the drawing. But when you make a documentary, it’s like working on an old house. There are issues and surprises behind the walls, and that’s what happened here.”

The two Miami filmmakers mirrored the photographers, Andy Sweet and Gary Monroe, in their devotion to creating a project together.

“Kareem and I were friends for a long time,” Scholl says. “We would have frequent conversations about making a movie together. Finally, we sat down and, really, if we had written the subject matter we wanted to explore individually, and then matched the pieces together, they would have been identical.”

Sweet and Monroe grew up in Miami Beach, then left to get graduate degrees at the University of Boulder in Colorado. They returned to their hometown in their early 20s in 1977, and discovered a city that was full of characters. “Instead of everybody being between 18 and 28, think 81 and 82,” Monroe says of what is now South Beach in the film.

Scholl and Tabsch began looking through Sweet and Monroe’s photographs, interviewing people about their subjects and watching historical footage. They realized another story was coming to life, but it wasn’t just about the photographers. This story involved parallels between the lives of Sweet and Monroe and a city that was evolving, for better and for worse.

“We knew we needed to take the story to the next level by looking at what happened. And what happened was Miami changed in a really profound way,” Scholl says.

They made sure, however, that they didn’t give short shrift to the importance of  introducing audiences to the immensely talented photographers, especially their very different styles. Sweet’s photos were color-saturated snapshots, while Monroe’s black-and-white work were more composed.

“They were kids in their 20s who started out with great intentions to do what they called the Miami Beach Photographic Project,” Scholl says.

But as the film reveals, the project started to crumble, as did the tight-knit Jewish community. The smiling and happy, suntanned subjects of Sweet’s and Monroe’s work began to disappear from photographs taken during the paradise-lost era of Miami in the 1980s, when the area was consumed by the effects of the Mariel Boatlift, the McDuffie riots and the illegal cocaine trade.

Sweet died in 1982, the apparent victim of a drug-related homicide. In the film, Monroe says he learned after the murder that Sweet may have been selling cocaine. Adding to the heartbreak, Sweet’s sister reveals that after her brother’s death, the family moved his photographs to a storage facility and later lost them.

The stories of the photographers and of the changing face of the city is also  told through interviews with Pulitzer Prize-winning Miami crime reporter Edna Buchanan, Books and Books founder Mitchell Kaplan, Miami-born filmmaker Kelly Reichardt, Jewish Museum of Florida executive director Susan Gladstone, and Monroe.

“People like Edna and Kelly began to talk to us, and they had textural, thoughtful things to say about that moment in Miami when it all came together,” Scholl says, “so much more than talking about the two photographers who took beautiful pictures.”

Tabsch, a co-founder of Miami’s art-house movie theater O Cinema, says Buchanan was on the top of the filmmakers’ interview wish list from the “get go.”

“When you are making a film about the past, you need people in the present to talk about it,” he says. She was it. She saw firsthand the community at its peak, and she covered it at its most drastic changes in the 1980s. Hers is a firsthand, eyewitness account.”

Scholl, who has lived in Miami since 1963, is an art collector, philanthropist, entrepreneur, former vice president for arts at the Knight Foundation and CEO of ArtCenter/South Florida. His documentaries are sharply focused on arts and culture. “You can very well tell a story of an era or eras through art and its artists,” he says. “ ‘The Last Resort’ is certainly one of those examples.”

For more information, go to TheLastResortMovie.com.