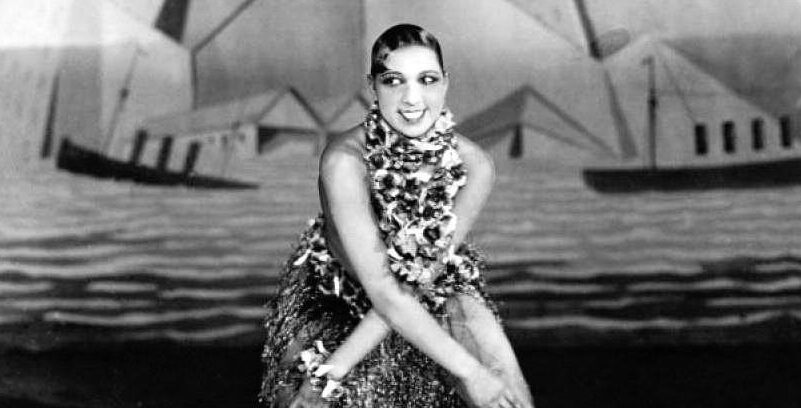 Josephine Baker dancing the Charleston at the Folies-Bergère, Paris, in 1926, a year before “Siren of the Tropics” was released. (Photo by Stanislaus Julian Walery is in the public domain courtesy of Wikimedia)

A silent film starring Josephine Baker gets an original soundtrack treatment at the Coral Gables Cinema.

“Siren of the Tropics” is a French film directed by Mario Nalpas and Henri Étiévant about a West Indian native who nurtures an unrequited love for an engineer who hails from Paris. The legendary dancer and civil rights activist was the first Black woman to star in a major studio production in the 1927 film.

“I think it’s time for people to know her,” says Carlene M. Sawyer,  the executive director of the Dranoff 2 International Piano Foundation, who, along with the Coral Gables Cinema, is presenting a live two piano performance and screening of “Siren of the Tropics” on Wednesday, Sept. 14. “I don’t think many people have seen her perform,” adds Sawyer.

The event begins with an hour-long reception that kicks off at 6 p.m, followed by the film’s screening at 7 p.m. and then a talkback about Baker.

Performing for the event are pianists Angel Perez and Devin Shaw who will play live on two Steinway concert grands, according to Sawyer. 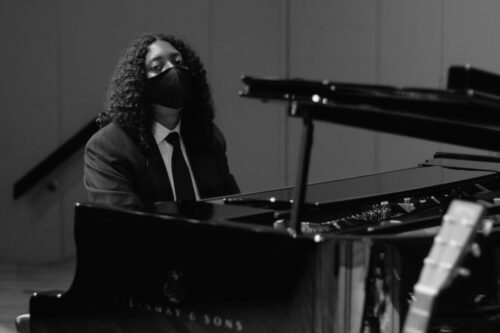 Perez, a Miami Beach native, has previously appeared at the Essentially Ellington Competition, Sankofa Jazz Festival, and the Miami Downtown Jazz Festival. He is currently pursuing a master’s degree in music therapy from the University of Miami.

He will be joined by 19-year-old pianist Shaw, who began his classical music training at the Chicago-based Merit School of Music. He went on to continue his training with the Chicago Youth Symphony Orchestra and the Ravinia Jazz Scholars. He is in the Stamps Scholars program in jazz studies at the University of Miami’s Frost School of Music.

During the performance, the two will present original works by jazz composer and Miami native Martin Bejerano and a new jazz score that will include music of Nina Simone, Duke Ellington, and Dizzy Gillespie, among others.

Bejerano, who assisted in the score’s curation, believes that the event is a great way to reach into the past while putting a new spin on a classic performance. 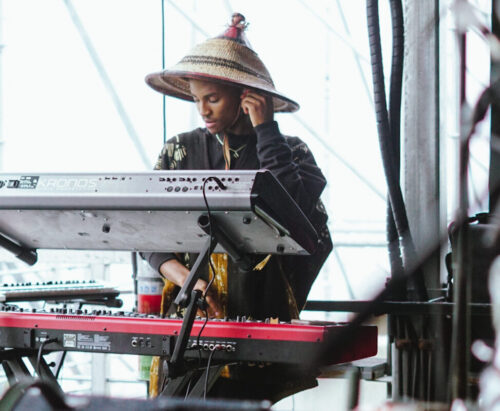 Devin Shaw will perform as one of two pianists presenting an original score to the Josephine Baker silent film “Siren of the Tropics” on Wednesday, Sept. 14. (Photo courtesy of the artist)

“I thought it would be nice to have some young blood in there, especially since it is such an old movie. I wanted to see what they would come up with,” Bejerano says.

Following the film, the program will delve into Baker’s contributions off screen.

“She’s such a star and a sophisticated performer as well. She wasn’t just an artist, she was an amazing human being,” comments Sawyer.

The talkback will discuss the historical significance of Baker’s cinematic roles as well as the overall portrayal of black artists.

Panelists include Dr. Terri Francis, author of “Josephine Baker’s Cinematic Prism,” Mo Beasley, performance artist, playwright and author, and Gentry George, a professional dancer who is on the faculty of the New World School of the Arts.

Roni Bennett, executive director and co-founder of South Florida People of Color, will lead the discussion. She hopes that the event will encourage everyone to take a second look at how Black people are portrayed in the media.

“During the talkback we will be able to objectively look at, not just films, but all types of media with a critical lens. This will hopefully help to dismantle stereotypes, tropes and implicit biases,” says Bennett.

Beasley points to how Baker actively used her movie roles to transcend restrictions imposed on her due to her race and ultimately used her influence and fame to her advantage. 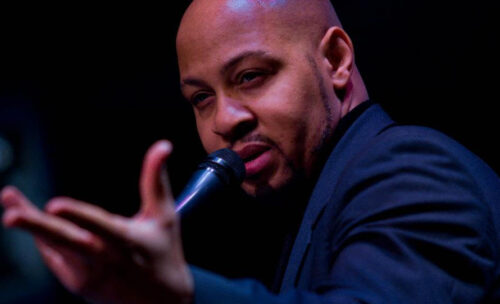 Performance artists, playwright and author Mo Beasley will be part of the panel discussing Josephine Baker’s life and work at Coral Gables Art Cinema’s screening of “Siren of the Tropics.” (Photo courtesy of Julie Atwell)

“Josephine was an activist,” he says. “She left the United States because she wasn’t going to put up with racism anymore. For our children, and for our daughters in particular, it’s important to show them that she used those stereotypes to build a fortune so that she could fund her own movement for change. Whether it was having her rainbow tribe of children or by supporting liberation and the fight for freedom.”

Bejerano said that the film is a great way to see Baker in action and urged viewers to not pass up the chance to see the film.

“Silent films aren’t readily available. Silent films with a Black actress even more so. There are only a handful of films to choose from.”

He said that the opportunity to enjoy original music along with the screening is also an added bonus.

“It’s another step toward creativity,” says Bejerano. “They are going to create music live and one of the things I love about jazz is the improvisation aspect. The fact that we’re playing songs that have a structure and a melody and improvising quite a bit on top of those structures and to see that happening live along with the other visual elements is going to be really cool. And I hope it’s something that people will enjoy.”

Sawyer says that ultimately the night is about entertaining the audience.

“Two grand pianos and Josephine Baker? We’re going to have a blast.”

WHAT: “Siren of the Tropics” Screening with Talk Back Panel Discussion

COST: $50, limited $5 student tickets available only at the box office.