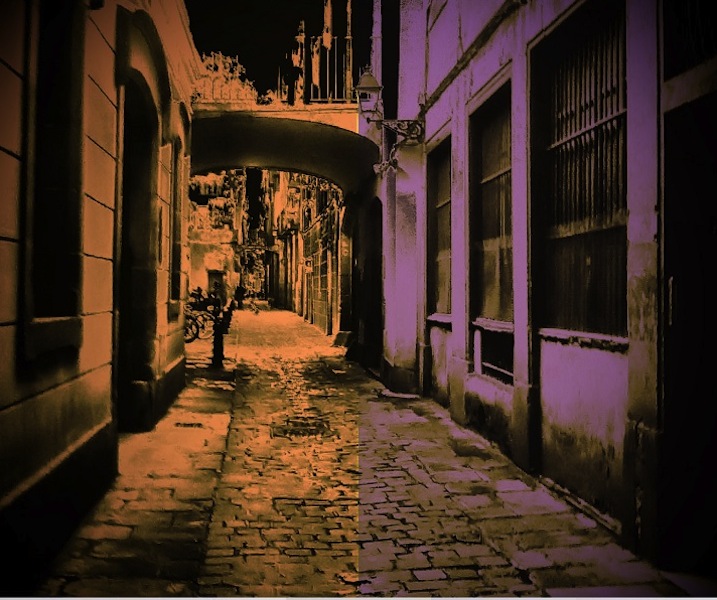 La calle al final del mundo (The Street at the End of the World), a Spanish-language play written by local playwright Ramón Caudet and directed by his wife Anna Silvetti, seeks to challenge our notions about love and “happily ever after.” This play within a play tells the story of a director and two actors who come together to rehearse. The appearance of a mysterious woman, like a spell, transforms the rehearsal into a paranormal experience. The subsequent appearance of a desperate man, tragically changes the fate of all the characters.

We spoke with Caudet and Silvetti about their new production and the experience of making theater together as a married couple.

The play is partially inspired by The Lovers of Teruel. Can you elaborate?

Ramón Caudet: The play takes place in two dimensions. One is realistic and initially determines the dramatic action, the other is paranormal and gradually merges with the first one and modifies everything, the dramatic action and the psychology of the characters.

You’ve said that the play begins as a comedy and little by little it becomes more tragic. How so?

Our lifetimes elapse between comic and tragic moments and the play reflects this ambivalence. A day that begins happy and fun could turn into something terrible and painful due to unexpected events. Finally, despite all the circumstances the play leaves us a glimmer of hope through love.

I know your work as an actress. Talk about your experience directing. What are the challenges of directing as opposed to being on stage?

Anna Silvetti: Yes, I have been acting for 38 years. I studied direction as part of my training and started directing theater 24 years ago in Mexico City. I have staged three plays in Mexico City and I was the director of the program Teatro Trashumante del Estado de Tabasco for five years, directing 21 plays there. In Miami I have directed eight plays at Microtheater Miami [at the Centro Cultural Español de Miami] and one play for FIEGAY Miami 2014, winning the Best Staged Play Award.

I love directing more and more every day. I think you have more responsibilities and challenges, but it is even more creative than being on stage. You have to design the whole concept so it involves a wider spectrum than acting. Since I am an actor I think I can understand what actors are going through in the process of creating a character. It’s amazing to start with a text and see how they develop and give life to their parts.

What is the challenge of directing a piece that begins as comedy and becomes little by little more tragic?

I think the secret is to choose actors who have that wide range of interpretation. My work is to inspire them and guide them from light to shadow in this particular case, as opposed to what is usually done, going from shadow to light. I am very lucky with the cast I chose for La calle al final del mundo. They all are actors with a strong formation — professional — and we trust each other. We are having a great time in the process.

You are a married couple, correct?

Silvetti: And hopefully for many many more…

Can you each talk about the experience of making theater together as a couple?

Caudet: We have already worked before and we understand each other perfectly. Anna is a very talented artist either directing or acting. I trust blindly in her work. Working with her is like having a top hat full of surprises and a life insurance.

Silvetti: This is the third time I direct a play written by Ramón and acted in one. I admire his talent as a dramatist, musician and creator. He’s very practical and always solves problems with a chilled attitude, his solutions are just brilliant. That helps a lot. It is beautiful to share with my partner in life our creative side.

Anything else you would like to add about the play?

Caudet: The whole process, from writing the play and composing the music to the chats with the director and the actors have been a great experience. It is a work that I embrace with love and passion.

Silvetti: It is hard to stage a play in Miami. But we cannot stop trying. I hope people will come and enjoy our work and little by little theater will become a staple in our city.