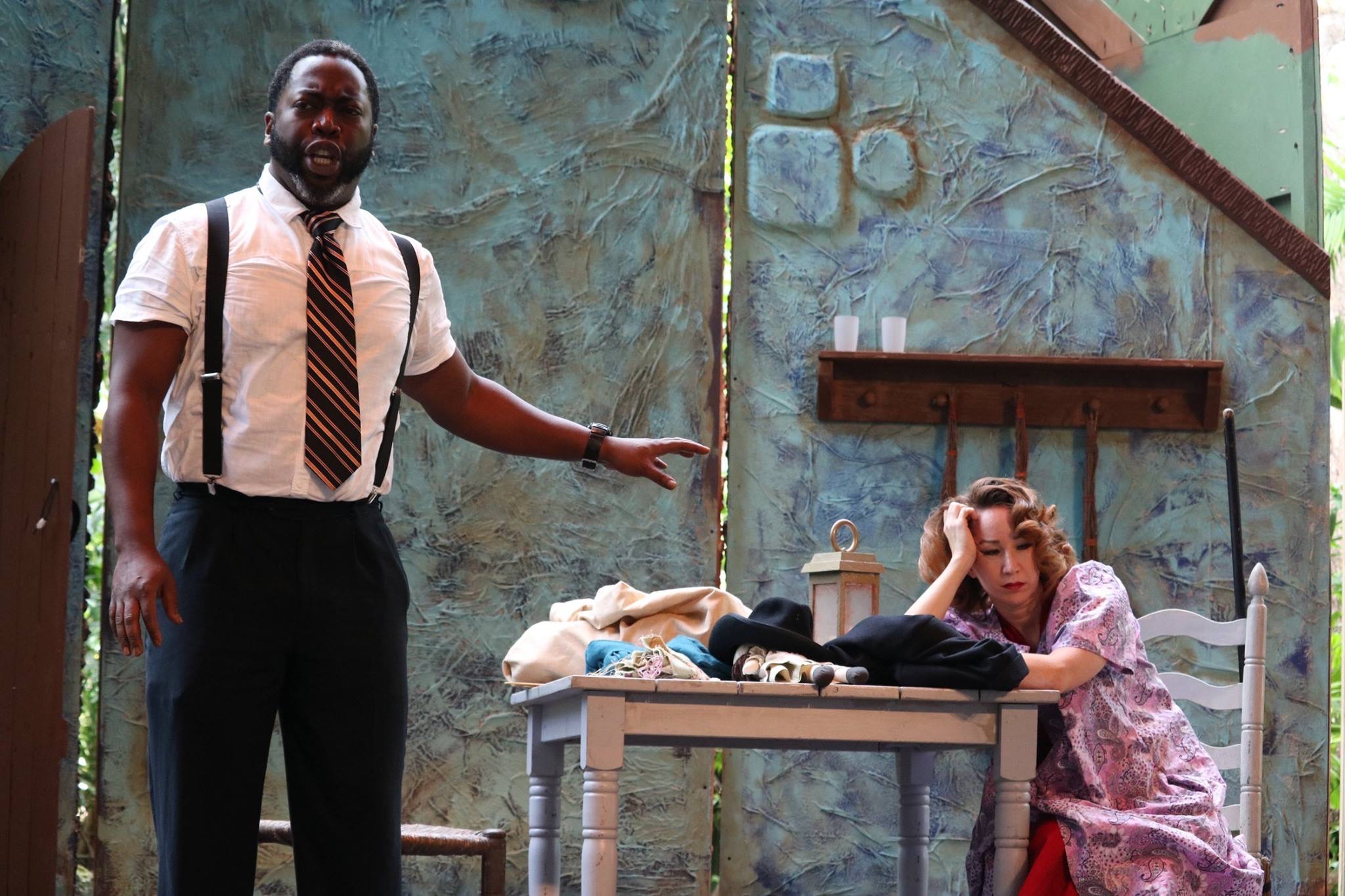 The Magic City Opera’s production of “Hansel and Gretel” is for many families a great way to show the kids some Halloween fun – after all, wearing costumes is encouraged and there will be trick-or-treating at each performance.

But for all the spooky festivities, it’s still a stellar work of art that will satisfy serious opera fans.

“Hansel and Gretel” – presented Friday, Oct. 25, at the North Beach Bandshell in Miami Beach and Saturday, Oct. 26, at the Olympia Theater in Miami – is based on Engelbert Humperdinck’s classic 1893 opera, sung in English rather than the traditional German.

But a big reason this show is a standout is bass baritone Neil Nelson.

Nelson’s pure, deep tone has anchored many operas in South Florida. Last year, he played the role of Masetto in Mozart’s “Don Giovanni” for the Palm Beach Opera. And in January, he starred as Porgy in the South Florida Symphony Orchestra’s production of “Porgy and Bess” at the Adrienne Arsht Center for the Performing Arts in Miami.

“It was great,” says Nelson. “You can’t really lose on ‘Porgy’ – it’s the first American opera ever written, the greatest American love story told on an operatic stage, and then you have music by George Gershwin. The music was great, drama was great, cast was great, it had great reviews, and it was just a great overall experience.”

Nelson also starred in Magic City Opera’s production of “Hansel and Gretel” two Halloweens ago in Miami, so he knows how special the show is for young kids.

Adults should find plenty in the show to keep their attention as well.

“There’s some beautiful music in it – the duet between Hansel and Gretel is pretty famous, once people hear it – and hopefully they’ll find that the singers do it justice,” says Nelson. “And most adults know the story and can relate to when they first heard it. I think overall adults will find it entertaining because of the nostalgia aspect of it, and because it’s a good work, a good piece of art.”

Nelson isn’t your prototypical opera star. In fact, he didn’t grow up on a fast track to the stage; rather, he was a jock.

“I’m a pretty unorthodox opera singer,” he says. “Whatever stereotype of an opera singer someone might have, I’m not that. I coached football for 13 years – I was a high school football coach, defensive coordinator, right here in Broward County. It’s so funny, last year I starred in ‘Porgy and Bess,’ and the Broward County School Board Superintendent came to the show and took a picture with me, and I don’t even think he realized that I used to work for him all those years.

“What drew me to opera was, I had a chorus teacher in high school, the most influential teacher I had in my whole life,” Nelson continues. “She recruited all the athletes into her chorus, and after being in her chorus for years, I got some offers from some small schools for football. And she said to me, ‘Neil, you really have a talent, and I feel like you could take your talent and go to a bigger school for music.’ And I really didn’t want to – I really felt like a fish out of water even talking about it.”

After the school principal funded a trip for him to audition, Nelson pursued singing, and found great success. But even after he graduated from college with numerous accolades and many competition victories, he still wasn’t “into it,” saying “it wasn’t my thing.”

Since 2014, however, Nelson has been fully committed to opera after rediscovering the art on his own terms. His favorite opera singers are Luciano Pavarotti and Leontyne Price; he also loves Teddy Pendergrass and Ella Fitzgerald.

Nelson’s two young daughters – aged 2 and 9 – love to hear him perform in concert. Daily practice, though? That’s a different story.

“They think it’s loud,” he says with a laugh. “Loud and annoying, from the looks on their faces. They can’t stand when I practice, because it’s usually interrupting something they wanna do.”