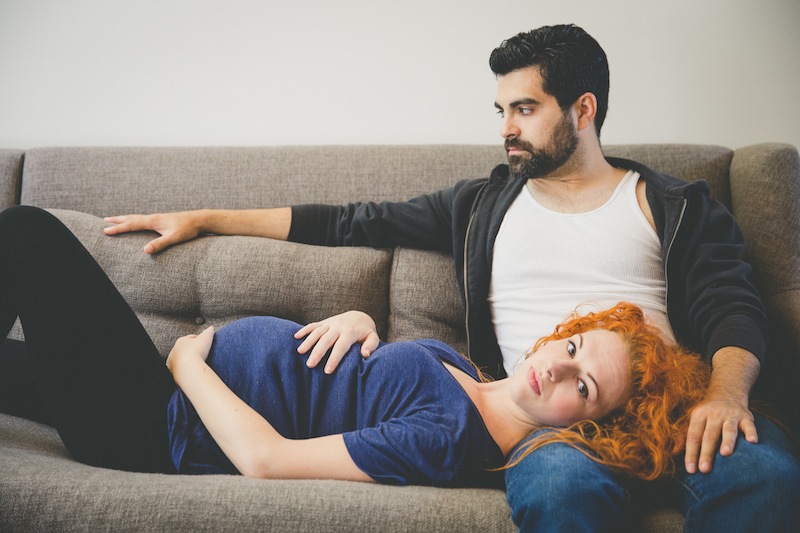 Ground Up & Rising began as the dream of a few passionate theater students at Miami Dade College’s Kendall campus. Since its inception in 2005, this small but highly acclaimed company has produced plays all over Miami: West Kendall, Coral Gables, Little Havana, Miami Beach, and more. Recently, the company committed to producing theater for audiences south of Coral Gables. As executive director and co-founder Arturo Rossi points out: “There are few options for professional theatre south of Coral Gables, and we have worked hard to find a permanent home for our little engine that could theatre company.”

Rossi approached South Miami-Dade Cultural Arts Center managing director, Eric Fliss, about producing work in the center’s Lab Theater space. A partnership was formed, and Ground Up will produce its 2016 season at the center, opening with Christian O’Reilly’s comedy drama, The Good Father, on Friday.

We spoke with Collin Arnaldo Carmouze, artistic director of Ground Up & Rising, about directing and performing in the play.

How did Ground Up & Rising get started?

We were a group of young actors that all came out of Miami Dade College some 15 years ago. After MDC we all went our separate ways, to different colleges and cities. Arturo has always been the driving force behind Ground Up. He stayed and created Ground Up & Rising, along with a few others. Slowly we all found our way back and joined the company and have been working ever since. The last 10 years have been a rollercoaster, and it’s been a very fun ride. Hopefully we can continue to do productions well into the future.

What I remember most vividly from those days is just how much fun we had and how many great actors there were. I remember being in a show with Sheaun McKinney, a founding member. I was watching him improv his way out of an unexpected moment and effortlessly getting the play back on track, and I thought “man, he’s too good!”

I wasn’t able to share the stage with Arturo until I joined Ground Up years later but I had a similar experience with him. When Arturo and Sheaun share a stage, I’m always amazed.

What about The Good Father inspired you to want to produce it for Ground Up & Rising?

It’s a poignant and touching love story about two people who aren’t “right” for each other in the traditional sense, but due to circumstance are forced to give it a go. It touches on clichéd and well-worn tropes but in a refreshing and unexpected way. And it has that unique Irish sensibility that makes you laugh and cry at the same time.

What are the challenges of directing a play in which you are also performing?

I normally don’t like directing myself. It’s quite a challenge and I normally don’t find much joy in the process, frankly. Originally I intended to direct and cast someone else for the role, but the closer we came to production the more I was drawn to the part, and ultimately, acting is my first love.

Two events kind of drew me into the role. Firstly, my wife and I are expecting our first child, and so I found myself associating with the characters in a way that I never could have imagined when I read the play for the first time. And secondly, we were able to cast Sarah McGregor in the role of Jane. Sarah is a talented and amazing actress based out of Portland, OR. I knew I wanted her for the role and luckily the stars aligned. Sarah and I are old college classmates and are reuniting on stage for the first time in 12 years.

Directing yourself is very challenging, but with someone you trust as your counterpart, someone who can tell you when your choices are falling flat or you’re overdoing it, it makes the experience infinitely easier.

How does expecting your first child change the way you see the role and the way you perform it?

Well, I’ve never been a big proponent of “affective memory,” the use of personal experience and the memory of a similar situation to enhance a performance. It just doesn’t work for me. That being said, learning I was going to be a father brings a level of realism and emotional connection to the characters that I don’t think would have otherwise been possible. The emotional journey in The Good Father feels more visceral, and although the circumstances of the play don’t mirror my own exactly, they are certainly relatable.