GableStage’s riveting “Wiesenthal” reminds us why we must never forget 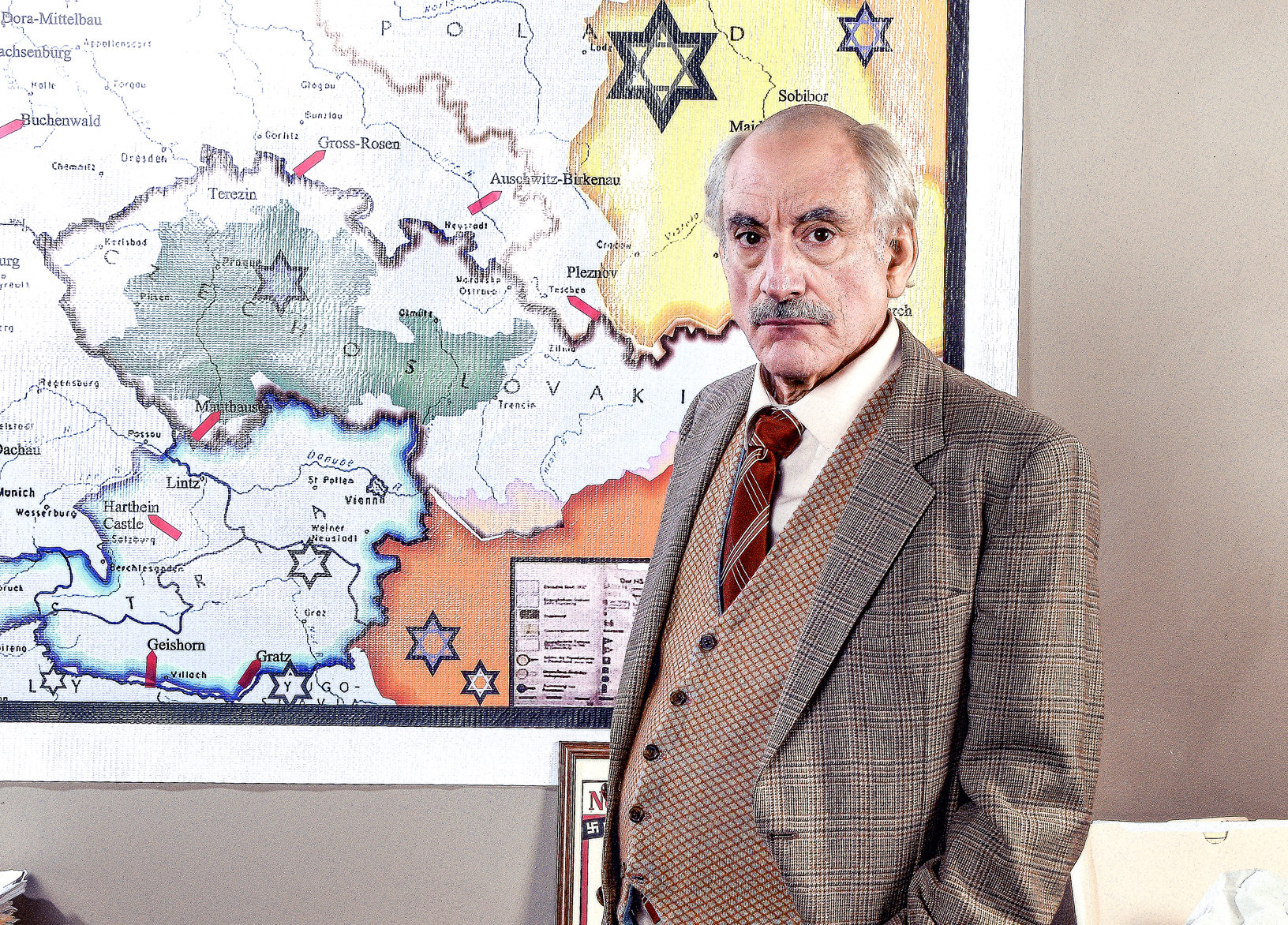 He looks like what he is: a smiling elderly Austrian gentleman, a doting husband, father and grandfather. He is charming, insightful, dedicated to the mission that has propelled his life for nearly 60 years.

He is also a captivating storyteller. But those stories? They will shatter your heart. 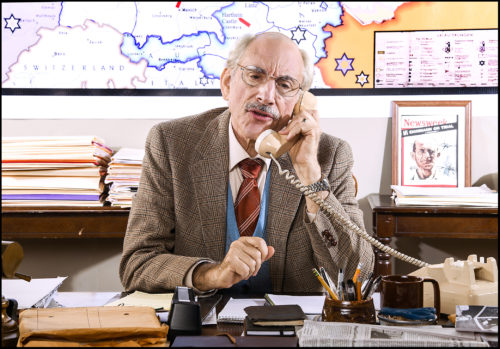 The conceit of the play is that Wiesenthal, then 94, has gone into his office at the Vienna Jewish Documentation Center one final time. It’s 2003, and he is about to retire – much to the relief of his wife, Cyla Müller Wiesenthal, and their daughter Paulinka Kreisberg, who is visiting from Israel. Wiesenthal has promised Cyla that he’s done hosting groups at the center. But here we are, willing listeners, so what else can he do but tell his remarkable story?

In his storied career as “the Jewish James Bond,” Wiesenthal helped locate and bring some 1,100 former Nazis to justice. The number is impressive, but Wiesenthal calls himself a “five percent hero” because of the 95 percent who escaped their day of reckoning.
He also knows that sheer numbers can be distancing and difficult to take in. How does one take in the Holocaust, with its state-sponsored genocide claiming the lives of 6 million Jews, and with total victims surpassing 11 million?

So Wiesenthal, a prolific writer (though his books contain inconsistencies, as historians have noted), makes the stories of so many villains and victims comprehensible by talking about individuals.

He speaks of the inspiring Anne Frank and of Karl Silberbauer, who found and arrested the family that had been hidden in an Amsterdam attic. Through clever and cajoling phone calls, he tries to confirm that Alois Brunner, Adolf Eichmann’s right-hand man, is indeed the old man spotted in Syria, where the government has granted him refuge in exchange for sharing his expertise about torture.

Eichmann, Wiesenthal observes after sitting in the Jerusalem courtroom during the trial of the man who masterminded Adolf Hitler’s “final solution,” looked like “a bookkeeper with a twitch,” an “average” man capable of horrific acts on a massive scale. He describes how Franz Stangl, commandant of the Treblinka extermination camp, was able to execute as many as 22,000 victims each day – an example, he says, of “when barbarism met technology.”

Wiesenthal’s own war story is gripping, harrowing, miraculous. He survived at least five concentration camps (the number varies, in different accounts) and a death march. He lost a big toe to a guard he dared to look in the eye. He was marked for death several times, at one point subsisted on grass and at the end of the war weighed 90 pounds.

He thought that his beloved Cyla, who had escaped to Warsaw, had died, but their joyous reunion brought the birth of Paulinka nine months later. Together, the couple lost 89 relatives to the Holocaust, and Wiesenthal’s insistence that the family stay in Austria as he hunted the perpetrators rather than moving to Israel as Cyla wanted came at a cost – including periodic death threats.

Kwiat, who lived in Germany and Austria as a child, notes in his program biography that the history book he and his 11-year-old Austrian classmates studied contained precisely two sentences about World War II: “The Second World War lasted from 1939-1945. Adolf Hitler was the dictator of Germany.”

Costumed by Emil White in a professorial jacket, tie and sweater vest, the actor isn’t terribly persuasive as a nonagenarian, and whomever decided to replicate Wiesenthal’s bald pate and fringe of hair instead created a distraction – in GableStage’s close quarters, you can still see Kwiat’s real hair pattern on the shaved part of his head.

The impact of his performance, however, is riveting. 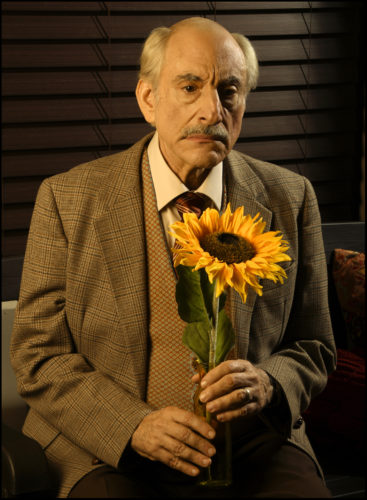 Lyle Baskin’s rendition of Wiesenthal’s office, with props by Beth Fath, gives Kwiat opportunities for lighter moments (a lower file cabinet drawer labeled “meshuggenah” is where Wiesenthal deposits the craziest letters he gets), poignant ones (listen to him speak of how he views sunflowers) and the detailing of chilling facts, aided by a large wall map of Germany under Hitler from 1933 to 1945. Matt Corey’s sound and music design, along with Thomas Shorrock’s lighting design, precisely and emotionally enhance the impact of Kwiat’s storytelling.

Given the surge in anti-Semitism, scapegoating and the pitting of groups against each other, as well as the passing of so many Holocaust survivors, the modest “Wiesenthal” feels like a vitally important play. As the man who spent his life preaching and seeking justice over revenge says, “If we do not try to understand how it happened, then it will happen again.”