If you live in South Florida, you know these people — or maybe you are one of them. They could be your friends, neighbors, relatives, parents, grandparents.

They live in a restricted community for those age 55 and older, a place where the sky is cerulean blue, the perfectly maintained grass is the most verdant green, and making the most of later-in-life experiences is on everyone’s to-do list.

“They” are the characters in “Boca,” a collection of 10 short related comedies by playwright Jessica Provenz, who lives in the Berkshires region of western Massachusetts, a different sort of paradise.

Revised since its August 2021 world premiere at Barrington Stage Co. in Pittsfield, Mass., the play is getting a vital second production as part of a “rolling world premiere” announced at the time of its Barrington debut. “Boca” is scheduled to preview on April 22, open on April 23 and run through May 22 at GableStage in Coral Gables. As with the commissioned premiere, Barrington cofounder and artistic director Julianne Boyd is staging the show’s second production.

At first glance, “Boca” may seem an unusual fit for GableStage, a company whose reputation was built on edgy dramas. But Bari Newport, in her first season as artistic director since succeeding the late Joseph Adler, begs to differ. In fact, the companies have about 80 subscribers in common.

“Roz [Rosalyn] Stuzin, the president of our board, is a passionate theater lover, and she’s also on the board of Barrington Stage. She sent me an early draft, and I was delighted by it,” Newport says. “I love Jessica’s writing. She has a quirky sense of humor and a gift for writing dialogue … It was brought to me, and I wanted to produce a play set in Florida first. Anyone can do it later.”

Newport — who summarizes the play’s theme as “life is short; spend it with the people you love” — sees Provenz’s script as “a love letter to Boca Raton and to making a community.” 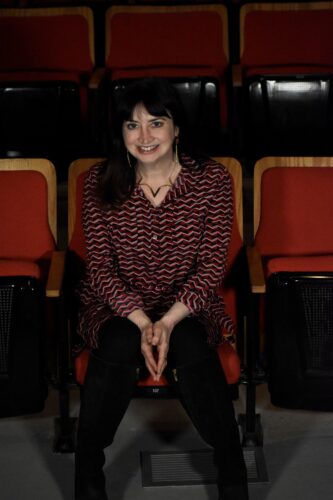 Playwright Jessica Provenz is the author of GableStage’s “Boca,” a comedy about residents of an over-55 community in Palm Beach County. (Photo/Christopher Castanho)

“Boca” had its roots in a short piece titled, “Stay, Please.” The Juilliard-trained Provenz wrote it in 2019 for Barrington’s annual 10X10 New Play Festival. The single mom to a 10-year-old son has a day job working as Barrington’s development director, but she says she submitted it anonymously, and it became the hit of the festival. She wrote a second short play, and after that, Boyd and Barrington commissioned her to write an evening of short plays for the company’s senior actors. Inspired in part by an aunt who lives in Delray Beach, she began working on “Boca,” a play aimed at delighting audiences and making them laugh.

“During COVID, Julie called and asked, ‘How’s that play going?’ They really needed a comedy for last summer,” Provenz recalls. “I’ve been a playwright for 20 years, but this was the biggest platform I’d ever had.”

While writing “Boca,” Provenz wasn’t just dealing with the pressure of a deadline for a high-profile production.

“It was a bizarre existence. I would wake up at 5 a.m., writing to try to make myself laugh. Then I’d take my son to school, go in for radiation, then go to work,” says the 46-year-old playwright, who was undergoing breast cancer treatment at the time. “But it never felt like such a big deal. We’re all always going through something.”

“Boca” premiered last summer in a tent with 200 socially distanced seats and a masked audience. As with so many outdoor productions, noise was sometimes a factor – the actors had to wear microphones – and the weather was, well, unpredictable.

“Doing it in August was a tremendous challenge,” says Boyd, who plans to retire at the end of the 2022 season from the company she cofounded in 1995. “If it was hot outside, it was 95 degrees in the tent, and the actresses wear wigs – it’s hot with a wig on your head. If it was cold, we had to bring heaters into the tent. I had long johns on.”

Provenz, who notes that the temperature at the first Barrington preview was 55 degrees, says of this second production, “I’m so thrilled we will have walls!”

The actors who will bring “Boca” to life in GableStage’s space at the Biltmore Hotel are Avi Hoffman, Beverly Blanchette, Deborah Kondelik and Barbara Bonilla, all based in South Florida; and Robert Zukerman, a veteran of 16 Barrington Stage productions who appeared in last summer’s world premiere.

Originally, the play was made up of a dozen short pieces performed by three women and three men, all playing more than one role. Now, “Boca” has been slimmed down to 10 plays done by a trio of women (each playing two parts) and two men (Hoffman plays two roles, Zukerman three). The script touches on myriad subjects: life, death, romance, marital malaise, toxic homeowner associations, friendship, adventure, love, loneliness.

“Jessica is a terrific playwright. I’ve never met a younger woman writer who can write older characters so believably, especially older men,” says Zukerman, who appreciates strong roles for performers who have honed their craft over many years. “You know, we’re still here, and our experiences are important. Nothing bores me more than going to see a play about twentysomethings and their angst.”

Zukerman is also happy about the change of venue from outside in a tent to inside in a theater.

“I came to the conclusion that only pachyderms should perform under a tent. Now we can find the subtleties and explore the more serious, moving stuff. And we won’t be shrieking into microphones,” he says. 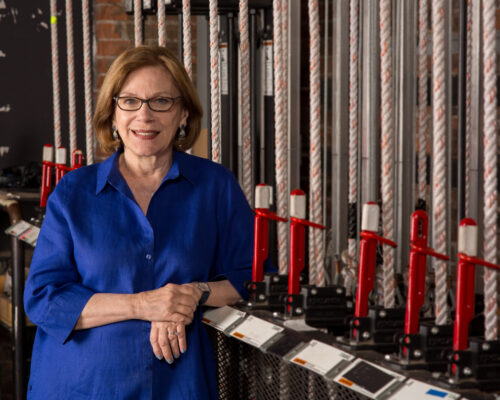 Hoffman, whose most recent GableStage appearance was in his play-with-music, “Joe Papp at the Ballroom,” in December, agrees that Provenz has a gift for creating compelling older characters.

“She gets their cadence, their struggles, their perspective, their wisdom,” he says. “It would be so easy to turn this into a stereotypical farce or comedy, but it’s not. These are real people with real problems … This is about people from all over the world who come to Boca, bringing their experiences and trying to figure out how to get old. How do you approach the last chapters of a life?”

Of the women in the play, only Blanchette has appeared at GableStage before. She likens the comedy in “Boca” to the style of “Modern Family.”

“It’s so funny that some of it is almost ridiculous, but there’s a subtle sentimentality. It’s heartfelt, with a message that isn’t overstated. I find myself easily moved to happy tears,” she says.

“There is definitely a through line with the characters and their relationships, one that culminates in the second-to-last scene,” observes Kondelik. “It’s a blast, but it has such poignant moments.”

Bonilla, a bilingual Cuban-American actor who grew up in New York, quips that she has been playing “old Jewish women since I was 14.” When she became aware of “Boca,” her thought was, “Oh my gosh, I have to audition for this. I know these people. I have been playing these people … Jessica just nailed so many things that happen in a 55+ community – the gossip, the Zoom board meetings, the card games.”

Bonilla knows about communities with rules. She lives in a home in Boynton Beach where the house numbers, exterior colors and mailboxes have to be just so.

“You’re independent, but not really. A lot of individuality is lessened,” she says. “At this stage of life, you’ve gotta laugh.”

Boyd and Provenz have been in South Florida together before, but not to work on a play. In late January each year, the women take fundraising trips to the region to raise money for Barrington, renting a car to drive around the state having breakfast, lunch and dinner with supporters. But as well as they know each other, Boyd was surprised by Provenz’s gift for crafting a comedy.

“Jessica has a wickedly funny voice,” Boyd says. “I didn’t realize she was so funny. You don’t [usually] laugh a lot when you’re raising money.”

WHAT: “Boca” by Jessica Provenz

WHERE: GableStage in The Biltmore Hotel, 1200 Anastasia Ave., Coral Gables

ArtburstMiami.com is a nonprofit source of theater, dance, visual arts, music and performing arts news. Sign up for our newsletter and never miss a story