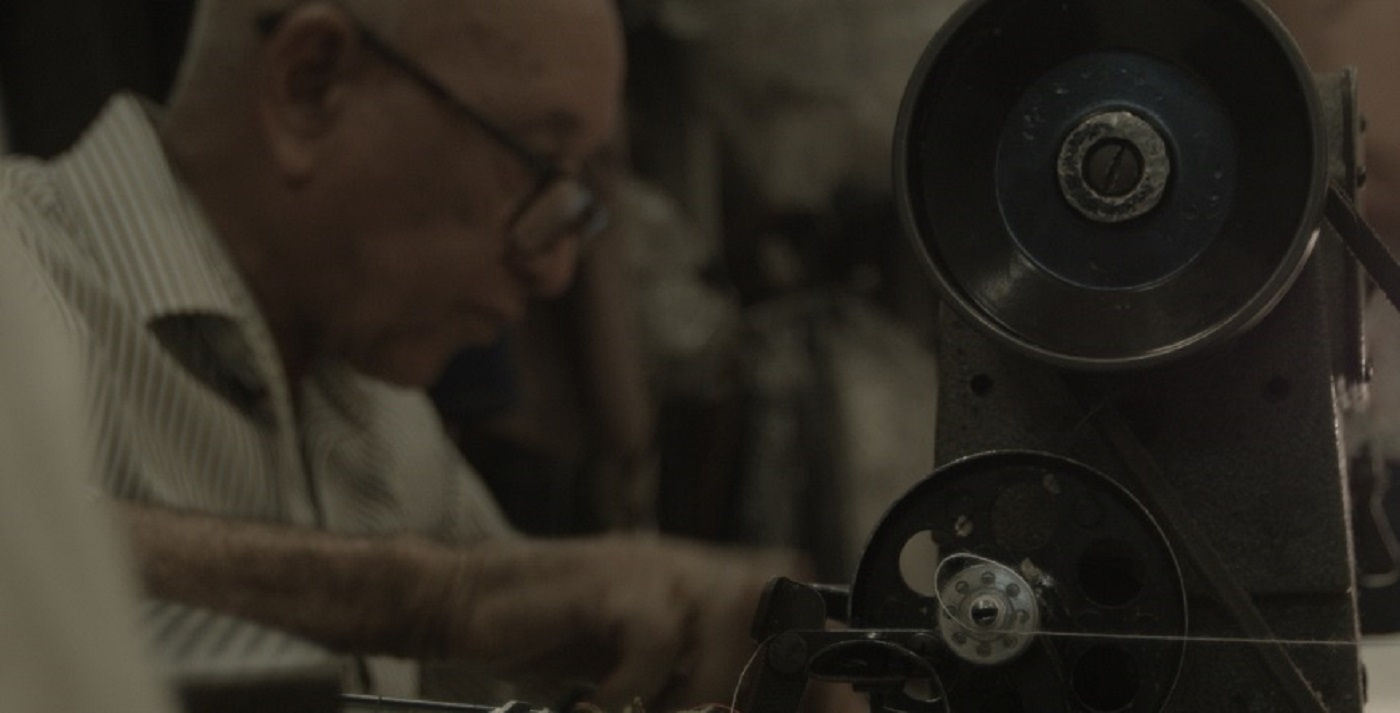 Three filmmakers selected to submit documentaries to Oolite Arts’ “Pass the Mic: We Will Tell Our Stories” focus on issues from gentrification in Miami’s Allapattah neighborhood to the plight of day laborers in Homestead as well as tenants’ rights in Miami.

Danielle Bender of Oolite Arts and Nadege Green of the Community Justice Project selected Ronald Baez, Diana Larrea and Terrence Price II for Oolite’s second commissioned film series, which will be screened at the Little Haiti Cultural Center at 7 p.m., Friday, July 22, followed by a discussion moderated by Green.

Baez, Larrea and Price were given a list of organizations from which to select. “We wanted to look at ways to work with filmmakers collaboratively with community members as experts,” says Green. 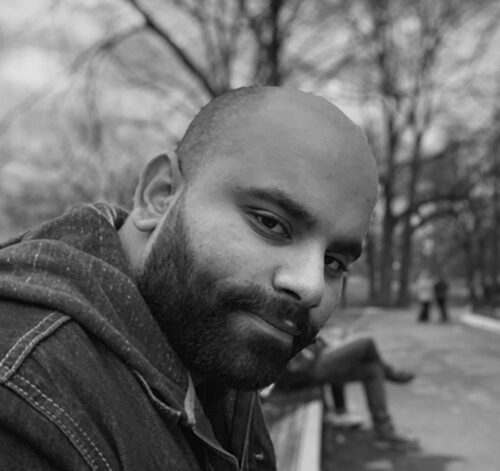 Ronald Baez was one of three filmmakers selected to create documentaries for “Pass the Mic: We Will Tell Our Stories” commissioned by Oolite Arts in collaboration with the Community Justice Project. (Photo courtesy of Ronald Baez)

Bender adds that in selecting the filmmakers they were “deliberate in choosing people that are thoughtful and focused on being collaborative and great storytellers.”

Baez explains the unusual title comes from a cartoon he once watched. “I tend to name my films after things I’ve read and seen . . .  There was a small cartoon about two dinosaurs and two trees that were growing apart,”  he explains. “What stayed with me was an image that showed that although the trees grow apart above ground the roots still grow together, so that felt like what we should do with developing neighborhoods.” 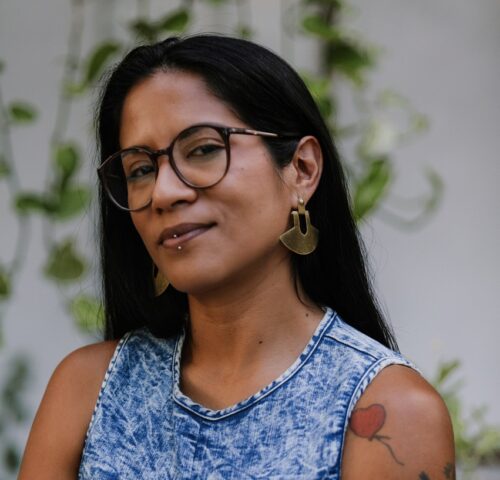 The filmmaker met Aquino, a master tailor and local business owner, through the Allapattah Collaborative CDC.

“I figured maybe we could tackle the gentrification issue through the commercial corridor,” says Baez. “I met Aquino and I loved that he had a way of feeling hopeful despite being frustrated.”

He says he spent time with Aquino even before shooting his film, just one-on-one, getting to know Aquino and his wife at their shop.

“It helped me earn their trust as well as express my intentions rather than telling them what my intentions were. The different approach allowed Aquino to become more and more candid throughout the process,” says Baez.

Baez’s own background also influenced work on his film. He chose Allapattah because of his Dominican roots, he says, and how he felt he could relate to the neighborhood and the many Dominican residents and business owners. “I know their culture although I don’t understand their plight. I felt their work is very important and I was able to speak to them and the community on a cultural level.” 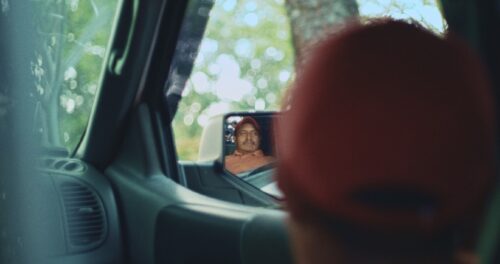 In “Monarcas,” Pedro learns his rights as an immigrant with the help of the group WeCount! (Photo courtesy of Diana Larrea)

Larrea also says she related to those portrayed in her film, eventually joining the organization she spotlighted. She was drawn to the voices of day laborers in Homestead, who are leaders of the non-profit WeCount! and their transformation after arriving in the United States. Larrea, who is Peruvian and has an American passport, says she is still sometimes “afraid they’re going to take it away from me.”

Her film, “Monarcas,” features community experts Alejandro and Pedro (the filmmaker did not want the men to be identified by their last names out of fear for their immigration status), who are both Guatemalan, and their transformation to becoming spokespersons for WeCount! Their path, she says, has now brought them to being the ones teaching immigrants that they “have rights and need to maintain their dignity.”

“I really wanted the film to focus on them, the stories of the two men, one of them even still speaks a Guatemalan dialect, Spanish is his second language,” said Larrea. 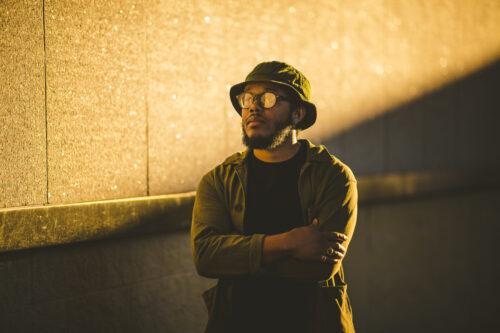 The title, “Monarcas,” represents the monarch butterfly as a symbol. “It’s a very well-known symbol of migration,” she explains.

It was a very personal experience that led to Price create his film “Rooted like a Tree,” which features community expert Keisha Guyton, a member of Miami Workers Center, fighting for tenants’ rights and the fight to pass the first Tenant’s Bill of Rights in Miami.

Price first learned about Miami Workers Center when his apartment was sold to a development company from Colorado who told those who lived there that the building was going to be demolished. “They put us on a monthly lease so basically after each month they could tell us to leave,” says Price.

That’s when he and the tenants reached out to Miami Workers Center. “We sought the support of our neighbors to rally together to fight the developers and Miami Workers Center found us pro bono lawyers who helped us navigate the situation and stay out of any legal trouble,” he explains.

Price eventually became a member of Miami Workers Center in January 2022 and began working on the film after he joined the group. 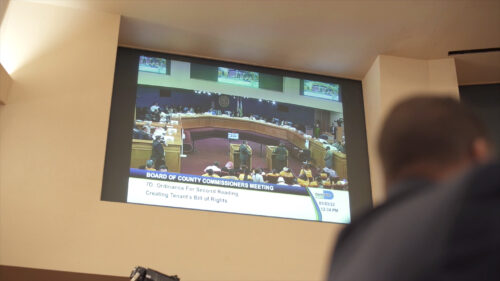 Terence Price’s film “Rooted like a Tree” sheds light on the fight for a tenants’ bill of rights. (Photo courtesy of Terence Price II)

“It was a personal journey I felt compelled to document,” says Price.

In addition to highlighting important issues, Green and Bender both hope the documentaries – all around 11 to 15-plus minutes in length – will continue to benefit people in similar circumstances.

WHAT: “Pass the Mic: We Will Tell Our Stories”