Film Follows the Face of the ‘Mother of Avant-Garde Theater’ 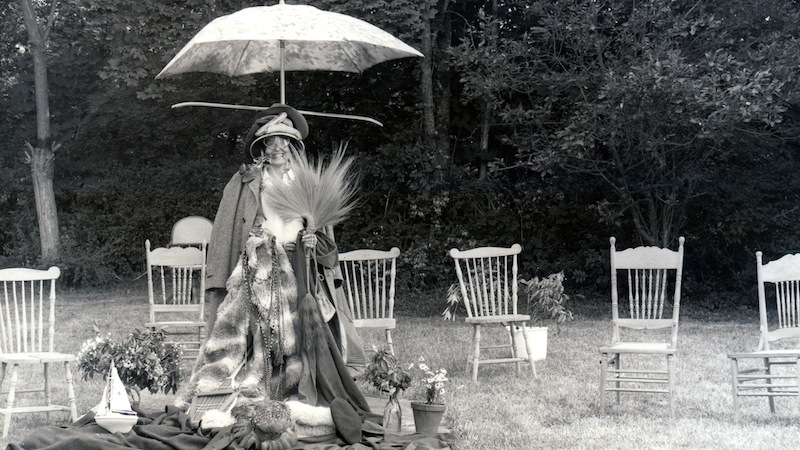 “America’s Greatest and Least Known Playwright.”This is how the Cuban-American playwright Maria Irene Fornes is referred to several times throughout Michelle Memran’s documentary “The Rest I Make Up,” which makes its Florida debut this Saturday as part of Miami-Dade College’s Miami Film Festival.

Fornes has been called the “Mother of Avant-Garde Theater.” Theater giants like Edward Albee lauded her creative genius. Tony Kushner waxes poetic. “Every time I listen to Fornes, or read or see one of her plays, I feel this: She breathes, has always breathed, a finer, purer, sharper air.” Garnering nine Obie Awards and nominated for the Pulitzer Prize, this prolific playwright is also legendary as an innovative, generous teacher. She nurtured the talents of an entire generation of playwrights who have gone on to have rich, fertile careers, among them Nilo Cruz, Eduardo Machado, and Caridad Svich.

As a journalist, Michelle Memran first met Irene Fornes in 1999 when she interviewed her for American Theatre magazine. A friendship blossomed and over the next 10 years Memran carried around a hand-held video camera and captured Fornes, who by the early 2000s was no longer writing due to dementia and memory loss.

Based in New York City, the two women embarked on several journeys together and naturally, the film captures the prerequisite street scenes of Greenwich Village, Miami Beach, Havana — and that city’s iconic sea wall, el Malecon. These moments where the camera pulls back, combined with clips from archival footage and photographs, reveal the breadth of Fornes’ bohemian life and formidable career, but nothing in Fornes’ biography as a Cuban immigrant, artist, lesbian, teacher, and maverick can overshadow the woman herself.

Memran, untrained as a filmmaker, seems to know this and instinctively films “The Rest I Make Up”with the eye of a photographer, often holding the camera just inches from Fornes’ face for long, lingering moments. At any and every age, Fornes’ dark brown eyes, high, sculpted cheekbones, and beguiling smile own the camera. Her screen presence is brilliant, witty, and mercurial, possessing the regal bearing of a ballerina one moment and the whimsical elasticity of Charlie Chaplin the next. Fornes’ ability to be fully in the moment and Merman’s sensitivity and appreciation of that rare art is this documentary’s crowning achievement.

Memran’s film does not romanticize or avoid the profound sadness surrounding Fornes’ memory loss and progressively debilitating Alzheimer’s. In one particularly poignant scene, the two have just returned to the U.S. after an emotional two-week sojourn in Havana. When Memran asks how she’s feeling post Cuba, Fornes has no recollection of having travelled to Cuba. Fornes’ eyes darken. Her face grows uneasy, but the moment passes and is soon replaced by another. The film’s overarching theme of life’s ephemeral nature paired with the deep friendship and vital creativity that percolates between this young writer-turned-filmmaker and the iconic playwright offer a much-needed and refreshingly loving take on aging and illness.

“The Rest I Make Up” commemorates a very special person’s life, but more importantly, it honors life.