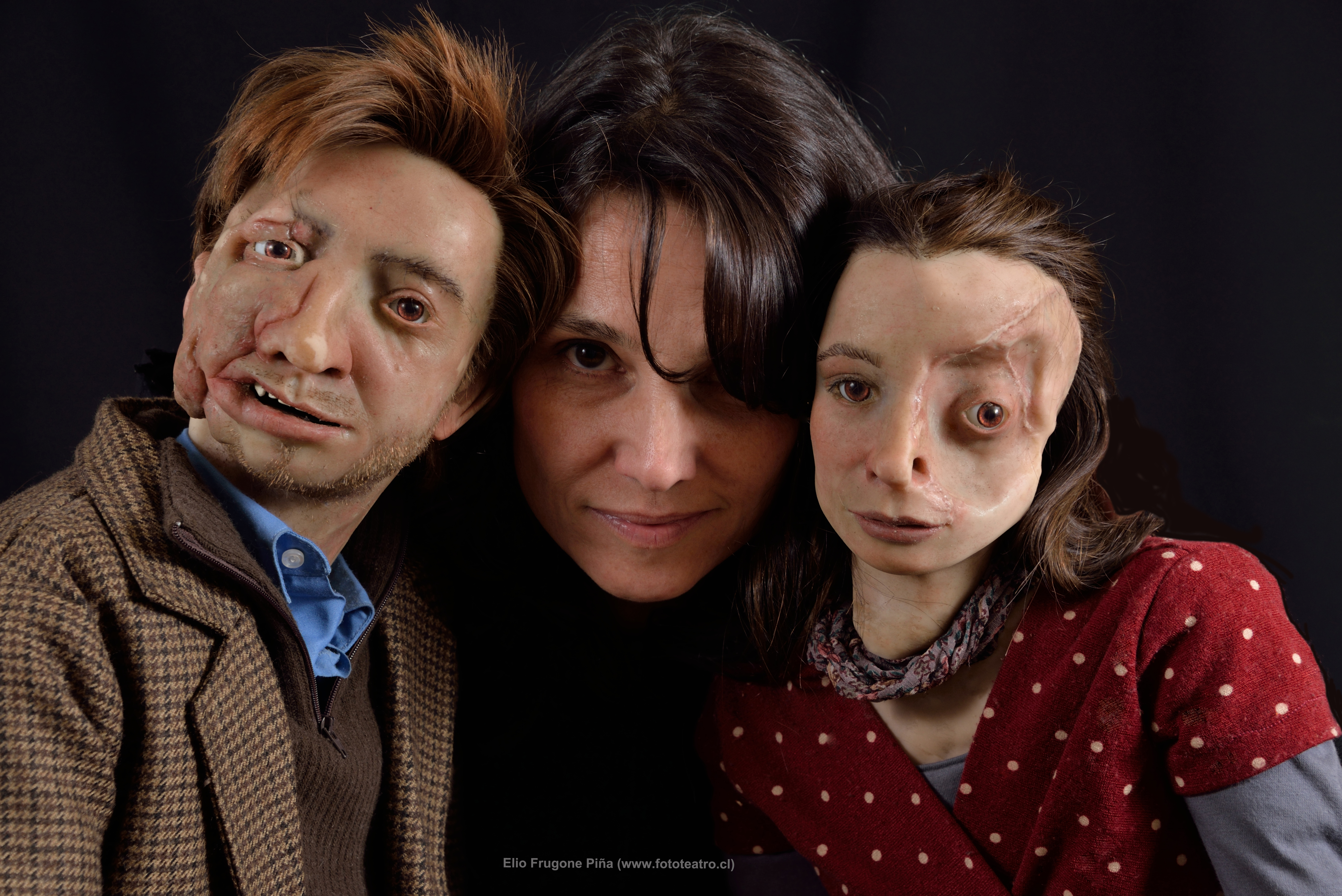 The Greeks knew a thing or two about theater. In their works – meditations on the deepest of human emotions, plays that became nothing less than the cornerstones of Western culture – the actors wore masks. The Greeks understood that somehow the masked actors, rather than alienating an audience, mysteriously brought the audience closer to them.

Flash-forward several millennia: A well-known actress hungry to deepen the theatrical experience of her audience begins to work with a “cousin” of the masks the Greeks used. Chile’s Aline Kuppenheim begins to explore theater where puppets take the stage. Her most recent directorial work, “Feos,” will be presented this weekend by FUNDarte at Miami-Dade County Auditorium’s On.Stage Black Box Theatre.

The work comes to Miami immediately after being performed in New York City’s Public Theater, where it received standing ovations, not a few tears, and a rave review in the New York Times.

While Kuppenheim sometimes writes and directs work for children, “Feos” most certainly is not meant for that audience. It is the story of an accidental meeting, a love story.

The piece is based on a short story by acclaimed Uruguayan novelist and poet Mario Benedetti. Powerhouse Chilean dramatist Guillermo Calderon worked with Kuppenheim on the script.

A man notices a woman waiting in line to buy a ticket for a movie. Her face is badly disfigured, as is his. After the movie, he invites her for coffee. She hesitatingly agrees. 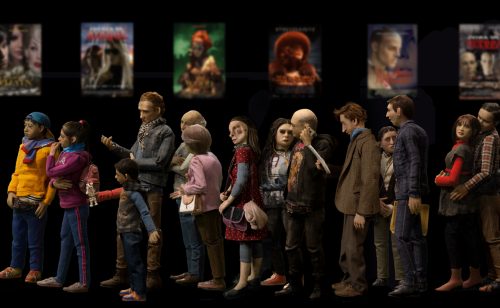 In the piece, based on a short story by novelist and poet Mario Benedetti, a man notices a woman waiting in line to buy a ticket for a movie. (Photo courtesy of Elio Frugone Piña)

Slowly over 50 minutes, each puppet tells the other her/his story. The conversation is sometimes comical, sometimes a rumination on beauty and wounds, on desire and longing. Finally, the couple exit the coffeeshop and, in a dialogue so lyrical as to become almost a song, the two make their way to the man’s apartment. Ah, but what happens next?

Remember that all this feeling is conjured by wooden puppets. Well, not exactly.

Kuppenheim’s puppetry is in the tradition of the Japanese art of Bunraku. Actors dressed hand to foot in black are on stage with the wooden creatures, moving them at their various joints. Sometimes a single puppet – they are nearly life-sized – will have more than one puppeteer at its beck and call. Actors also give voice to the puppets.

According to Kuppenheim, this work in a supportive role can cut through many of the usual preoccupations of actors, enabling an actor “to be present to her/himself in a new way, one more at a distance from ego.”

And then there are the truly mysterious moments that sometimes occur during rehearsals early on in a production. Sometimes, as the puppets are being moved, an expression or a gesture appears as if by accident.

“These moments,” Kuppenheim says, “ can feel like a revelation, as if the puppet is showing us the way towards possibilities. We had yet to see that deepen our own understanding of the text, its contradictions and complexities.”

There is still another layer to the relationship between the puppets and their handlers. During the production, there are times when the black shapes that are the handlers/actors, seem almost to be embracing the puppets, to be offering their story strength from another dimension. 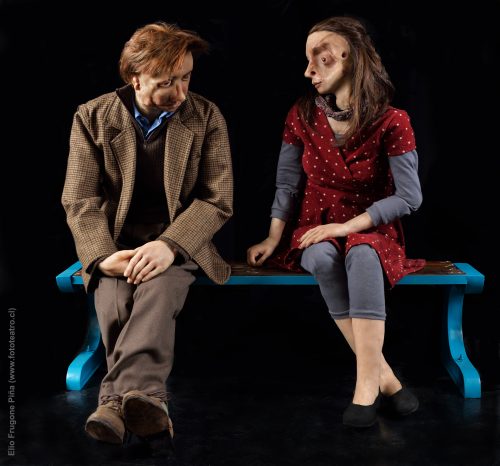 Slowly, over the course of “Feos,” each puppet tells the other her/his story. (Photo courtesy of Elio Frugone Piña)

Small wonder then that Kuppenheim calls her company, Teatro y Su Doble (Theater and Its Double).

Kuppenheim not only directs this presentation, she also has designed the puppets. They are done by hand, which takes months. Each puppet is composed of myriad parts, allowing for ample expression. The props in all of Kuppenheim’s plays – miniature tables and chairs, bus-stops – also are handmade in the company’s small studio.

Slow-motion animation, also done by Kuppenheim, adds to the scenes. And lighting completes them. In its review of the show, the New York Times described it as the “gloaming of a sustained, velvety night.”

“Here in the United States,” Kuppenheim says, “the public has been surprised and moved by the depth of emotion these pieces of wood bring.” Indeed.