‘Fake,’ ‘One Man, Two Guvnors’ among this month’s big openings 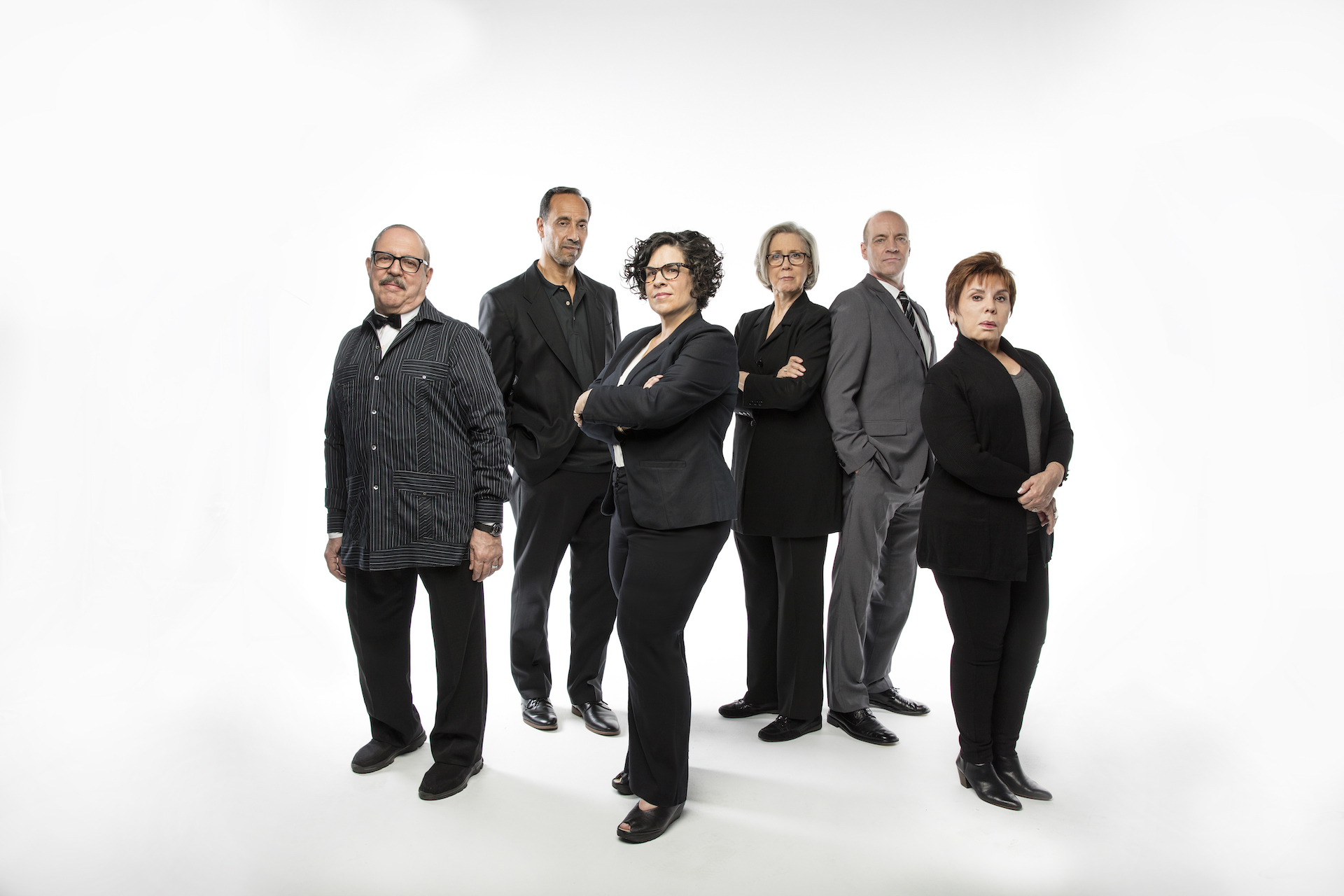 In the thick of the 2018-2019 South Florida theater season, four companies in Miami-Dade County are getting ready to open intricate productions that reflect their strengths and missions.

Opening first is Stephens’ Tony Award-winning adaptation of Mark Haddon’s 2003 novel “The Curious Incident of the Dog in the Night-Time.” Artistic director Stuart Meltzer is staging the play, which is performed by 10 actors, a half-dozen of them playing multiple characters.

As with the company’s production of “Fun Home” last season, Meltzer didn’t see the New York production of “Curious Incident,” nor did he watch the video of it at Lincoln Center’s New York Public Library for the Performing Arts.

“Coming at a play in a fresh way is a big component of doing it,” Meltzer says. “It’s very methodical and organic.  It challenges me, along with allowing me a sense of freedom.”

Actor Ryan Didato, who studied with Meltzer at Miami’s New World School of the Arts, is playing 15-year-old Christopher John Francis Boone, a gifted math student on the autism spectrum. Set largely in Swindon, a town 71 miles from London, “Curious Incident” is structured as a play-within-a-play. Swirling around Christopher, the moving drama incorporates his challenges as he navigates the world, his unflagging determination and the price of family secrets and lies.

Meltzer cast Didato, he says, because “I was always impressed by the physical world he created onstage. … I wanted a young man able to capture the soul and spirit and challenges of Christopher. Ryan looks at things in an orderly way, as Christopher does.”

Stephens’ adaptation of the novel puts the audience in Christopher’s shoes – or, more accurately, inside his head.

“This isn’t a play about a handicap. It’s a play about connection, differences, trying to understand each other,” Meltzer says. “We see the world inside his mind. … The story is about that moment when you have to grow up.”

Although bits of quirky situational humor infuse “Curious Incident,” Bean’s “One Man, Two Guvnors” is a flat-out farce.  Based on Goldoni’s 18th century commedia dell’arte gem, the British hit transferred to Broadway.  “Late Late Show” host James Corden received a 2012 Tony Award for his performance as Francis Henshall, a clever out-of-work rascal who finds himself in increasingly frantic service to an upper-class fellow and a mobster. Wesley Slade plays the quick-witted Francis, who somehow retains the upper hand despite myriad challenges thrown his way.

“I cast Wesley because I knew he could play a British character and handle all the physical challenges,” says Actors’ artistic director David Arisco, who is staging the madcap farce. “His accent is really easy to understand, which is important to our audience members who have English as a second language.”

Arisco, who has an affinity for farce, says “One Man” is an intricate play requiring split-second timing. But the information he needs to pull it off is all there in the script.

“When you start to stage it, you realize you have to do it the way it’s written. It’s very structured within the script’s framework,” he says.

Also opening in Coral Gables the same weekend as “One Man” is Vogel’s “Indecent.” GableStage artistic director Joseph Adler had originally planned to do a co-production of the 2017 Broadway hit with Palm Beach Dramaworks, which presented it in October-November. That collaboration didn’t happen, but Adler – who had seen the play in New York – made a point of catching the Dramaworks production.

“I wanted this to be different from the production in New York … and different from the one in West Palm Beach,” says Adler, though he notes that Dramaworks has shared its “Indecent” costumes and props with GableStage. “I’m very happy with my cast. I got the people I wanted to get.”

Lisa Gutkin, a Grammy Award-winning member of the Klezmatics and co-composer of the music used in “Indecent,” is serving as musical director and violinist in the GableStage production, playing alongside accordionist Nancy 3. Hoffman and clarinetist Glen Rovinelli.

Carbonell Award winner Avi Hoffman, who starred in a 2015 production of “Death of a Salesman” at New York’s New Yiddish Rep, anchors the play as the stage manager/narrator Lemml. Hannah Benitez, Kelly Pekar, Irene Adjan, Alex Alvarez, Peter Librach and David Kwiat play multiple roles in a piece that fluidly time-travels from Poland in 1906 to Connecticut in 1952. The passion and courage of the play’s Jewish theater artists in the face of censorship – and far worse – is just one of the compelling elements of “Indecent.”

“This is a fascinating piece of theater that incorporates movement, song and dramatic scenes,” Adler says. “It’s warm. It’s tragic. It’s humorous. It tugs at your heart. Watching it is an experience.”

The Miami New Drama premiere of Pelaez’s “Fake” draws theatergoers into the  intense, high-stakes world of a major New York art auction house. Staged by Carl  Andress, who worked with Pelaez on “Rum & Coke,” the play centers on the repercussions of a key question:  Is a painting by the late, great Amelia Peláez authentic or not?

“Carmen is one of the smartest, most passionate people I know. She’s so intellectually curious and forthright,” Andress says. “I find ‘Fake’ really intriguing.  It’s a very emotional piece about where the world of art and the market meet. … It’s important to respect the mission Camila is on, which involves the ancient instinct of blood and family. It’s a real suspense thriller.”

Pelaez returned to Miami three years ago after living in New York for more than two decades.

“In Miami, I’m Carmen Pelaez. In New York, I’m a Latina playwright and actor,” she says of the personal impact of moving back to her majority-Hispanic hometown, where Miami New Drama artistic director Michel Hausmann is giving “Fake” what she calls “a first-class production.”

After working solo in “Rum & Coke,” Pelaez is happy to be among her cast of Miami- and New York-based actors.

“I consider all of them to be better than me. I’m going to come out looking like a champ,” she says. “I think it’s a solid piece of theater with an incredible producer, a wonderful director and a great cast. It’s just a joy. I’m so lucky.”

ArtburstMiami.com is a nonprofit source of theater, dance, music and performing arts news.