“Driving Miss Daisy” is a journey toward understanding 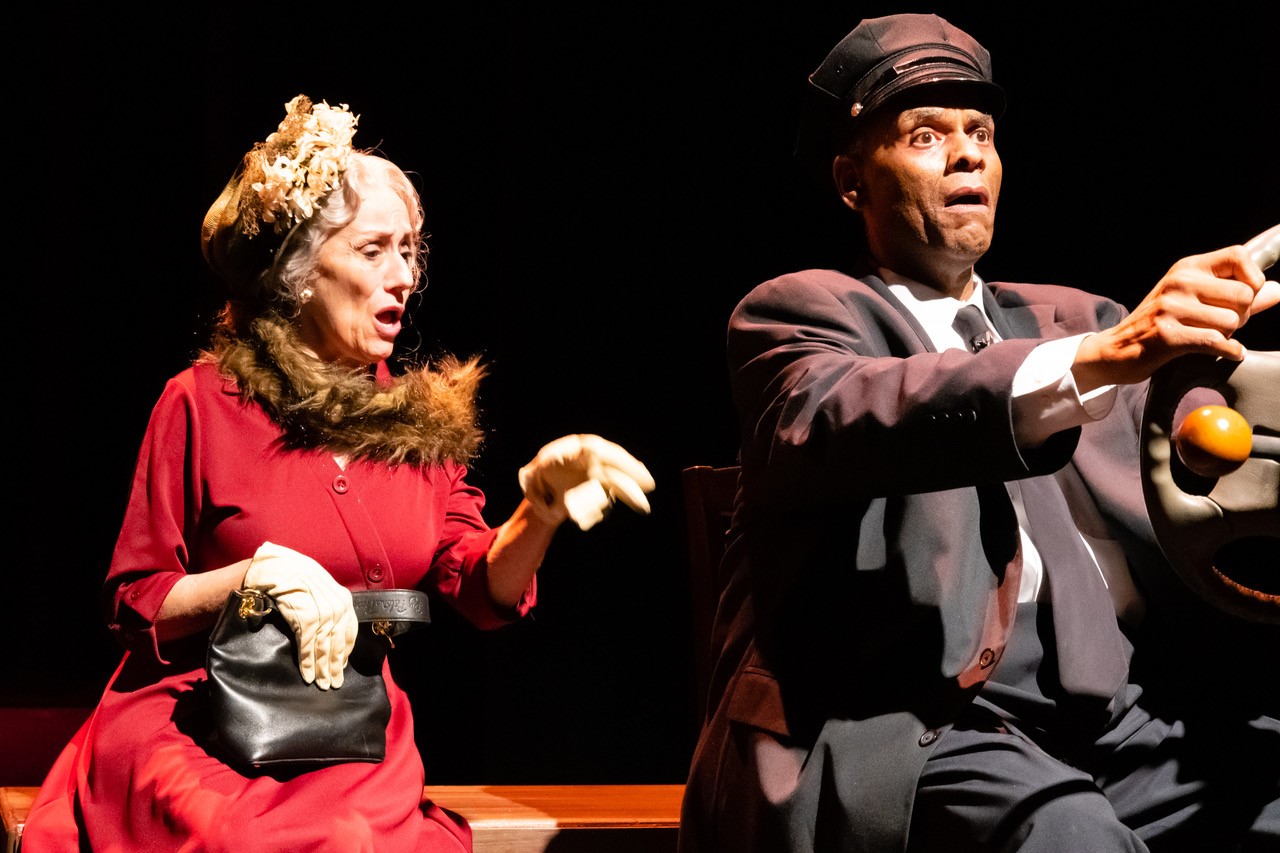 Alfred Uhry’s “Driving Miss Daisy,” winner of the 1988 Pulitzer Prize for drama, is a small wonder of a memory play.  Spanning 25 years in the lives of its three characters, the nostalgic and observant drama manages to be of its time and place – 1948 to 1973 in Atlanta – and timeless.

Inspired by Uhry’s grandmother, his father and the man who drove the playwright’s grandmother for 25 years, “Driving Miss Daisy” explores the gradual losses that come with aging as well as racial and religious conflicts. 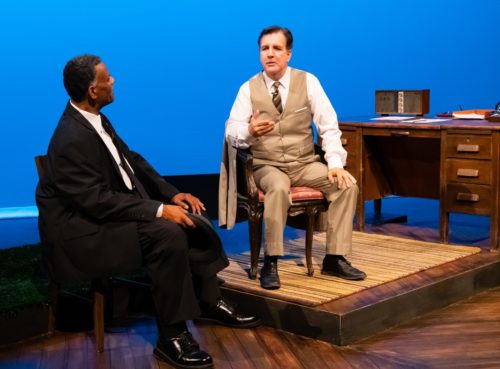 It is both tender and trenchant, offering a warts-and-all look at its title character, a cantankerous Jewish southerner never shy about speaking her mind – offensive as some of her pronouncements can be.

At 72, Daisy Werthan has crashed her new car, and the 40-year-old Boolie has decided she should no longer drive.  A vibrant woman loath to give up any part of her independence, Miss Daisy is furious.  But Boolie prevails, hiring Hoke, a black man who most recently drove for a Jewish judge. 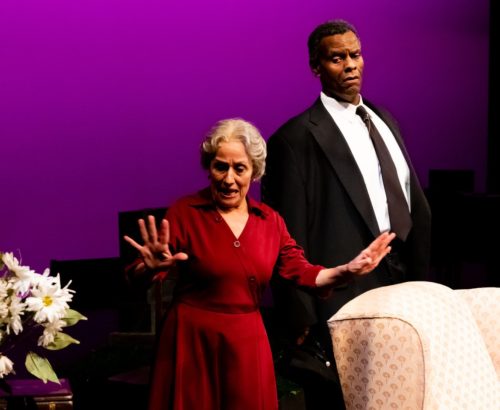 Unsurprisingly, the relationship doesn’t go well at first.  Hoke is of the opinion that Miss Daisy, like the judge, has plenty of money, a notion that offends her since she came from nothing and spent her working life as an elementary school teacher.  Miss Daisy is wary of Hoke and shares her opinion with Boolie that “they” – meaning black folks – are like children. 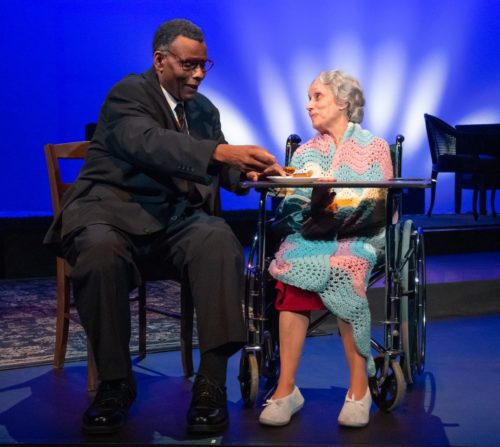 Yet over the years, juxtaposed against the backdrop of the civil rights movement and the 1958 temple bombing in Atlanta, Miss Daisy and Hoke develop a strong bond, coming to understand and value each other as the world evolves around them. 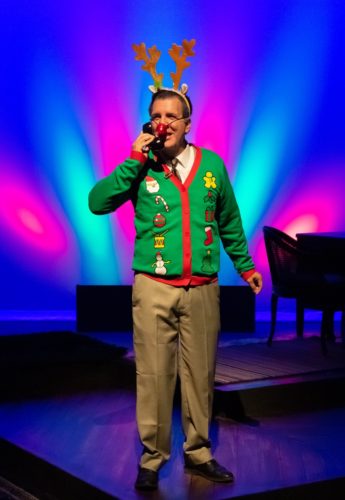 Costume designer Carole Barou-Mootoo has put Hoke in a black suit and chauffeur’s cap; Boolie in business, golfing and holiday attire; and Miss Daisy in striking a deep red dress.  Oddly, though, Andron’s Miss Daisy remains in the dress throughout the play, sometimes throwing a jacket, robe, evening coat or afghan over it, though the red is always visible. What woman wears the same dress for 25 years?

Initially, as the petite Andron plays her, Miss Daisy seems an unlikely candidate to have her driving privileges revoked.  Though the actor stumbles over a word here and there, her Miss Daisy is a youthful, sure-of-herself septuagenarian.  Yet the choice gives her a path to the character’s later years, when memories and reality begin to desert her.

Randolph is a warm, towering presence as Hoke, a man who has never left his home state but who knows more about the dangers of a black man driving an elderly white woman through the south than Miss Daisy could ever imagine.  He radiates compassion for his difficult passenger, yet when the time comes, he demands the same from her.

Louis’ Boolie delights in saying, “You’re a doodle, Mama!”  As much as his stubborn mother frustrates him, concern and love permeate his interactions with her.

“Driving Miss Daisy” doesn’t shy away from the ugliness that permeates too many interactions in a frayed contemporary America.  But this pleasant, sometimes moving production is a reminder of how much we have in common on this long road trip through life.

Elizabeth Price embodies the role originated by the playwright in an achingly real, humorous and topical take on "What the Constitution Means to Me" produced by City Theatre inside the Adrienne Arsht Center.
Continue Reading