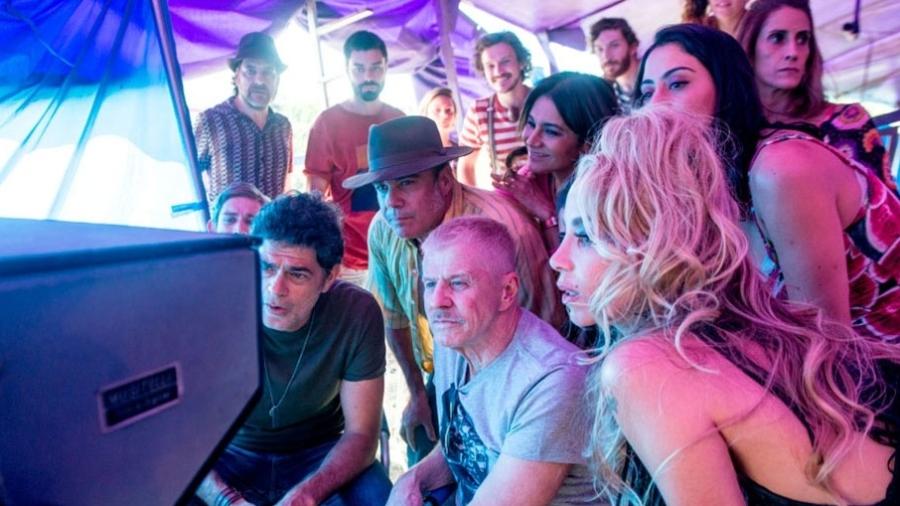 Miguel Falabella’s film, “Veneza” (“Venice”) has yet to be released in his home country of Brazil, but moviegoers will see it in Miami when it unspools at the 23rd Brazilian Film Festival (BRAFF).

The film festival is Sept. 14 to 21 at various movie venues around the city.

The director and writer of “Veneza” says he has emotional connections to BRAFF, where he debuted his movie “Urban Polaroid” a decade ago, the adaptation of his hit Brazilian play “Como Encher um Biquíni Selvagem” (“How to Stuff a Wild Bikini”). The film won the audience award for Best Film and the Crystal Lens award for Best Screenplay at BRAFF in 2008.

“Returning to BRAFF is a very important and affectionate professional moment for me,” says Falabella, an actor, author, director, and producer, who splits his time between Rio de Janeiro and Sao Paulo. A household name in Brazil from his roles on Rede Globo’s soap operas and 15 years as host for the television network’s “The Video Show.”

“That I have played so many roles in my career has obviously helped me as a director,” says Falabella.

He also made a name for himself as a playwright with “A Partilha” about four sisters who meet to sell and divide up their late mother’s belongings.  He won the Moliere Prize for the work, Brazil’s most important theater award in 1990.

The film he is bringing to BRAFF, “Veneza,” is based on a comedic play by Argentine Jorge Accame. “He teaches Greek at a university in southern Argentina,” says Falabella, who says the piece is a “fascinating work” about women of a broken-down brothel looking for a better life. They join a circus troupe to devise a plan that crosses reality to bring old, blind pimp Gringa (played by Spanish star Carmen Maura, who turns 73 on Sept. 15, known as the muse of filmmaker Pedro Almodovar) to go to Venice to apologize to the only man she ever loved.

Falabella’s desire to make “Veneza” into a film came from when he adapted and directed the play at Teatro dos Quatro in Rio in 2003. “There is a magic to this story that is cinematic.”

He shares what he calls a “curious fact,” yet it’s more of a behind the scenes story. “Carmen Maura asked me, ‘What did you hear when you wrote this.’ At our first script reading, I did almost all the characters by myself. As soon as she arrived from Spain to Brazil for another reading, she said to me, “I should have paid to see that.”

The director-writer says the movie isn’t just about his protagonist making realizations as she becomes older. Its more personal than that. 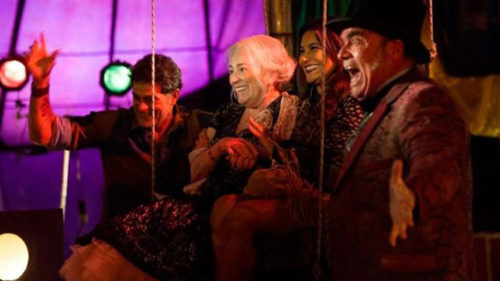 “‘ Veneza’ is the movie of my maturity,” says Falabella. “It shows the anguish of a woman who, in old age and blindness, realizes that she was cruel to the only man who loved her. It’s an intense movie and I want it to be see outside of Brazil,” says Falabella.

Falabella’s movie will compete for the Crystal Lens Award announced oat the festival’s final night at the Colony Theatre. Categories are public and a juried selection for best film, and awards for director, cinematography, screenplay, actor and actress.

There are five other films in the competition. All the competitive screenings are at Regal South Beach cinemas, 1120 Lincoln Road.

“Prizes are always welcome, but we don’t go to a festival for that; we go to give visibility to the movie,” says Falabella. “For me, showing ‘Veneza’ at BRAFF is important because it is a way to reach Hispanic and Latin audiences. ‘Veneza’ is a film that speaks directly to the Latin community.”

The 23rd Brazilian Film Festival of Miami opens Saturday, Sept. 14 with the film “Maria do Caritó” at 7 p.m. and “The Kiss” at 9:30 p.m.  at Regal South Beach, and continues through Saturday, Sept. 21, at various venues in Miami, including Florida International University, Silverspot Cinema, and the Colony Theater. Falabella’s film, “Venice,” screens on Wednesday, Sept. 18 at 9:30 p.m., at Regal South Beach. For the complete program lineup, go to brazilianfilmfestival.com