Companies create a fresh, imaginative round of digital theater 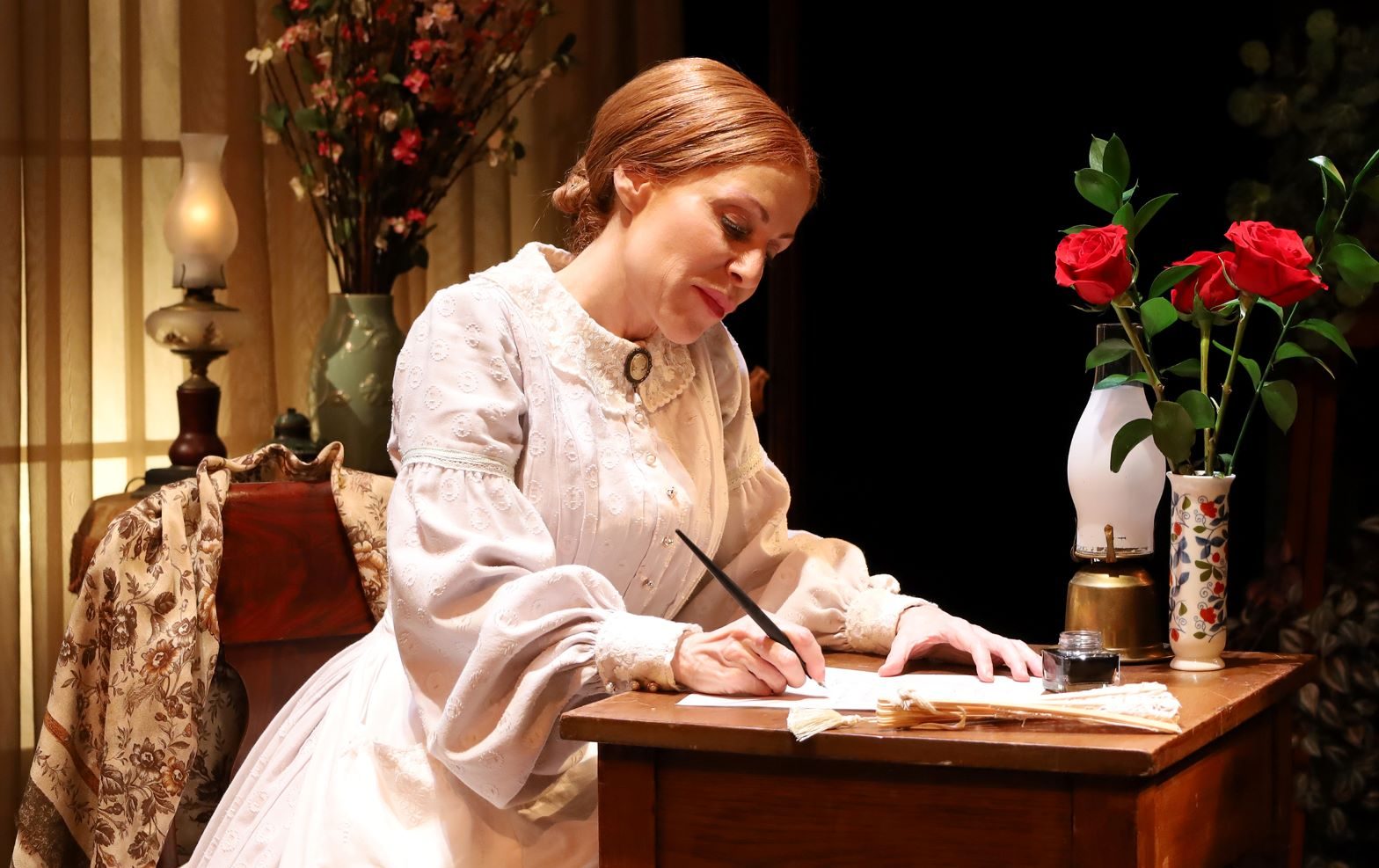 For all the live theater losses during the pandemic – canceled seasons, vanished jobs, the inability to gather – a year away from the stage has also fostered creative alternatives. Collaborations, explorations of different forms, a deep dive into what theater is and should be have all been part of this unintended intermission.

This week, two new, created-in-South-Florida productions are about to debut.

*On April 2, Palm Beach Dramaworks in West Palm Beach and Actors’ Playhouse in Coral Gables are presenting a digital coproduction of William Luce’s 1976 solo show, “The Belle of Amherst.” Starring Carbonell Award-winning actor Margery Lowe as poet Emily Dickinson, the play will be available to view at any time, streaming through April 6.

*Meanwhile on April 3-4, Theatre Lab, the professional company based on Florida Atlantic University’s campus in Boca Raton, will launch the world premiere of Miami playwright Vanessa Garcia’s audio play, “Ich Bin Ein Berliner” – as a socially distanced, enhanced listening experience at the amphitheater outside its University Theatre. Then, from April 5-May 23, Theatre Lab will stream audio-only and audio-with-visual versions.

Both presentations are prime examples of creative collaboration. 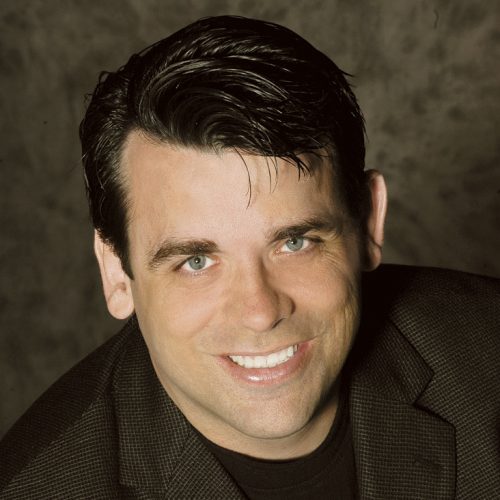 Working with other South Florida companies is something Dramaworks producing artistic director William Hayes has advocated since serving as president of the Florida Professional Theatres Association (FPTA) in the 2010s. He and late GableStage artistic director Joseph Adler presented the world premiere of Joseph McDonough’s “Ordinary Americans” at both theaters in late 2019-early 2020.

“When I was president of FPTA, I tried to encourage collaboration vs. competition,” Hayes says. “I thought we could set a new tone if two theaters that didn’t share audiences could join forces.”

Hayes has known Actors’ Playhouse artistic director David Arisco for a long time and wanted to work on a new collaboration with “someone I know and trust, someone with integrity.”

For his part, Arisco says: “Sharing is good. We share a region but not an audience. I think we’d be foolish not to keep this going in the future.”

Consulting with Arisco, Hayes chose “The Belle of Amherst” and cast Lowe, who had previously played Dickinson in another Dramaworks world premiere by McDonough, “Edgar and Emily.”

“I had been thinking about ‘The Belle of Amherst’ for Margery for several years, though she didn’t know it,” says Hayes, who has worked with Lowe numerous times. “She’s the right essence, the right age, has an understanding of Dickinson’s poetry like no one I’d known. When I read the play, I heard Margery’s voice.”

Arisco, who has also directed Lowe, likewise appreciates the qualities she brings to the role.

“Most people think of Emily Dickinson as this recluse, this strange girl who wrote poetry, even though she was so full of love and life,” Arisco says. “She was a mature woman and she was girlish, and Margery is like that as an actor.” 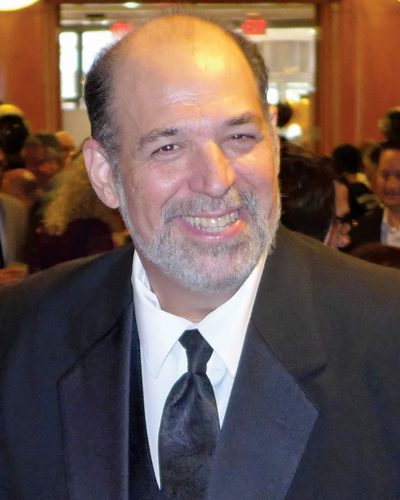 Interest in Dickinson (1830-1886), whose vast body of work was almost all published posthumously, has been stirred most recently by the Apple TV+ series “Dickinson” and movies such as “A Quiet Passion” (2016) and “Wild Nights With Emily” (2018).

“Everybody takes ownership of her,” Lowe says. “But, ultimately, I was playing William Luce’s Emily.”

Lowe, whose height and hair color are similar to Dickinson’s, arrived for her first day of rehearsals with the entire two-hour script memorized. Although she had played “a more heightened, stylized” version of the poet in “Edgar and Emily,” Lowe took a deep dive into Dickinson’s poetry, letters and life story as she prepared to take on a role originated by and identified with the late Julie Harris.

“Biographies of Emily Dickinson present completely different points of view, and I think she’d like that she’s an enigma,” Lowe says. “To play Luce’s Emily, I went to her words, through her poetry and letters. I wanted to know if I could see how she felt … What surprised me was her sense of humor. She was a bada**, mischievous, witty. She messed with people.”

“The Belle of Amherst” will be available free of charge to Dramaworks and Actors’ Playhouse subscribers. Anyone else who wants to watch will pay $30, with the proceeds benefiting both theater companies.

Hayes and Arisco are hoping that, as with their previous digital efforts during the pandemic, the production will continue growing their audiences throughout South Florida and beyond.

“I think we should be filming one or two of our productions a year to broaden our audience outside of our state,” Hayes says.

“This helps expand our reach and helps us be there for people who aren’t comfortable coming back to the theater yet,” adds Arisco. “It was a very positive experience to get inside a theater, film the play and learn more about that process.” 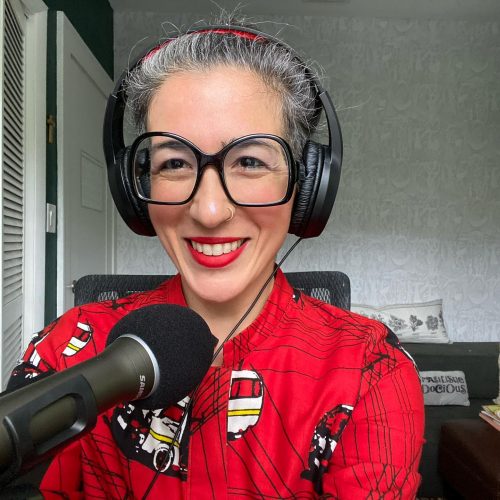 With Theatre Lab’s “Ich Bin Ein Berliner,” the collaboration was between Garcia and producing artistic director Matt Stabile. The two artists grew up at the same time (he’s 42, and she turns 42 on the night of her play’s premiere) in different Miami neighborhoods, and they had worked together previously on smaller projects.

When Garcia came to him with her idea – a play about her reaction to and subsequent fascination with the 1989 fall of the Berlin Wall – it was Stabile who suggested she try writing it as an audio play.

“Zoom theater to me is pretty rough, but I wanted to get people working and commission stuff that would be useful post-COVID,” Stabile says. “I directed 35 shows for the Arts Radio Network. I knew that audio plays and podcasts are getting more popular.”

Adds Garcia: “I hadn’t thought of it as an audio play per se. Audio and radio plays weren’t on my radar. But I once worked for a writer who does radio plays for the BBC. And when I started writing, I thought, ‘This is super fun.’”

With poignant insight, contextual richness and artfully placed humor, “Ich Bin Ein Berliner” uses Garcia’s personal story to contrast the sudden freedom of those in the formerly divided Berlin with the continuing oppression in her parents’ Cuban homeland, which she likens to “an Eastern Bloc country so close to us.”

Garcia plays herself in “Ich Bin Ein Berliner,” traveling through time from the day in fifth-grade Spanish class that she heard about the wall coming down to today.  Elena María García and Lindsey Corey portray her teachers, with Krystal Millie Valdes as her sister, Nicole; Diana Garle as her best friend, Josefina; Gaby Tortoledo as their classmate, Sofia, and the younger version of Garcia’s mother Jackie (whose voice is also heard in the play); and Carlos Alayeto as the playwright’s husband, Ignacio.

After Stabile delivered microphones to the cast, the actors recorded their roles separately and safely. Then the director led other Theatre Lab artists in creating the companion visual elements for the enhanced version of the play – animated cartoon and graphic novel-style drawings, photographs drawn from Garcia’s treasure trove of family photos, footage of Garcia in the final scene. 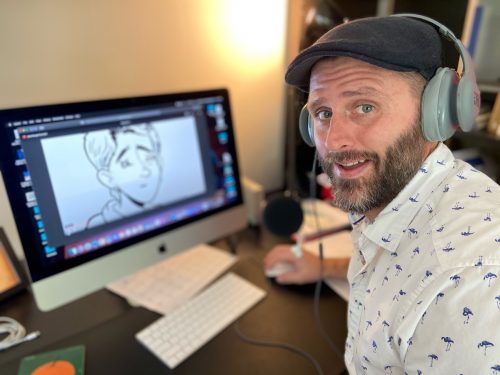 For each of the three live amphitheater presentations during the kickoff weekend, audiences are limited to 50 masked and socially distanced ticket-buyers. A set created by Theatre Lab’s Michael McClain and live music will enhance the experience.

Garcia says it was “a blessing” to get a pandemic commission, knowing her play would “go out into the world.” Doing “Ich Bin Ein Berliner” in this way “is its own thing,” but she acknowledges it may be a stepping-stone in a continuing evolutionary process.

Stabile, for one, thinks a live fully staged version of the show could be for Garcia what Heidi Schreck’s “What the Constitution Means to Me” was for her – a major hit merging the personal and the political.

“You write some things and think, ‘OK,’” Garcia says. “This feels like an engine. It’s not stopping.”

“The Belle of Amherst” is a digital coproduction from Palm Beach Dramaworks in West Palm Beach and Actors’ Playhouse in Coral Gables, streaming April 2-6; tickets cost $30 and benefit both companies (subscribers to either company may view the play free of charge); Palmbeachdramaworks.org or 561-514-4042, ext. 2.

“Ich Bin Ein Berliner” is a world premiere audio play produced by Theatre Lab in Boca Raton, available in three ways: the audio-only and audio-with-visual companion versions stream from April 5-May 23; and a live enhanced listening experience will take place at the amphitheater outside University Theatre on the campus of Florida Atlantic University, 777 Glades Road, Boca Raton; those performances are at 6:30 and 9 p.m. April 3 and 6:30 p.m. April 4; tickets cost $5 for audio-only, $15 for audio-with-visual companion, $30 for the live event; Fauevents.com or 561-297-6124.