City Theatre’s 25th anniversary a perfect time to look back, despite pandemic pause 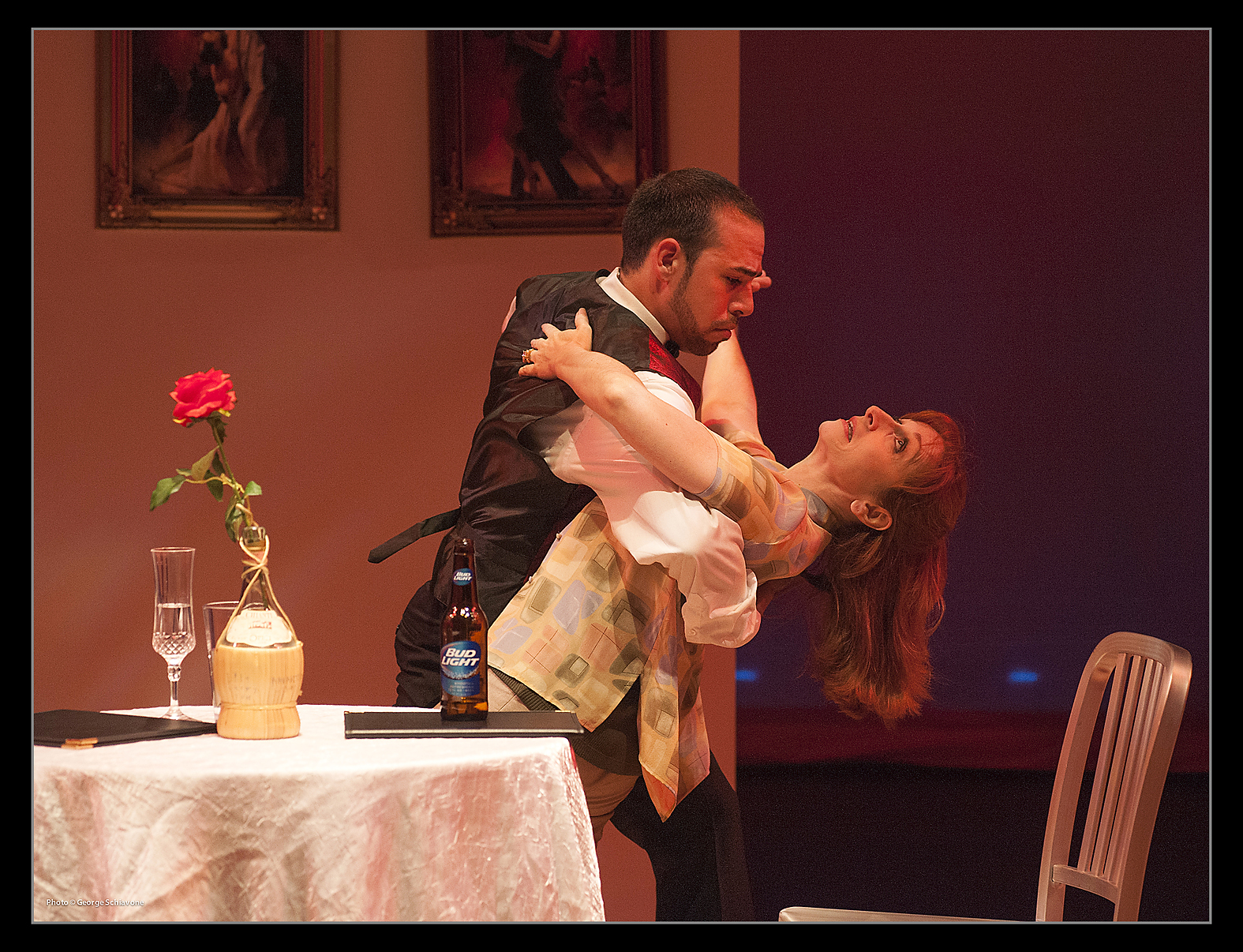 Next month was to have marked a milestone anniversary for City Theatre co-founder Susan Westfall and the company’s much-admired Summer Shorts festival.

The event, set for June 4-July 5 at Miami’s Adrienne Arsht Center for the Performing Arts, would have been City Theatre’s 25th annual summer presentation of short plays and musicals. But since COVID-19 altered the worldwide arts landscape, Miami’s included, the theater’s silver anniversary celebration has been pushed to June 3-July 3, 2021.

This pandemic pause notwithstanding, it’s an appropriate time to look back and assess what Westfall – known as Susi to one and all – and City Theatre have accomplished.

In its 25 years, more than 300 plays and counting have been produced as part of Summer Shorts, not to mention numerous other iterations of the form: Short Cuts, Winter Shorts, Shorts 4 Kids, Undershorts, Shorts Gone Wild, Swamp Shorts, Island Shorts and Shorts on Ships, plus several full-length plays and musicals.

The seeds that became City Theatre and Summer Shorts were sown in a holiday conversation around actor Elena Wohl’s kitchen table in late 1995. Wohl, playwright Westfall and producer Stephanie Norman, all mothers of young kids at the time, thought a one-time summer festival of short plays might be a great project.

The first edition – which ran June 21-July 7, 1996, at the University of Miami’s Ring Theatre – proved them right. Presenting 18 plays (including eight world premieres) in two, nine-show programs with a light picnic dinner sandwiched in between, the event was a huge success.

“Short plays weren’t what anyone else was doing, and we didn’t want to step on anyone’s toes,” Westfall recalls, adding that she and the other founders envisioned the festival as “a unique, fun and seasonally informal event, created by a large and dynamic artistic cohort, [one that] also functioned as a showcase for regional talent and a diversity of playwrights and storytelling.” 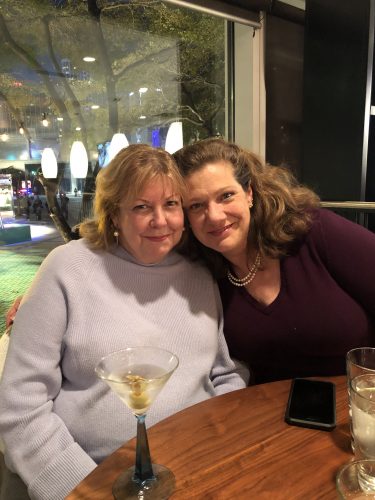 Although it evolved and adapted through the years, moving from the Ring to the Arsht Center (then called the Carnival Center) in 2007, the festival has remained focused on that mission.

Wohl left the company to move to Los Angeles before the second Summer Shorts in 1997, while Norman remained until 2011. Westfall served on City Theatre’s board and moved into a staff position as literary director in 2011. Her husband, Miami Heat attorney and Miami-Dade County arts leader Alan Fein, was City Theatre’s longtime board chairman, and Westfall calls him “my biggest champion.”

The company has had a number of talented artistic directors and leaders through the years. The current artistic director, Margaret M. Ledford, as well as Gail Garrisan, Marjorie O’Neill-Butler, J. Barry Lewis, Stuart Meltzer (who subsequently co-founded the Arsht Center-based Zoetic Stage) and John Manzelli are all award-winning artists with multifaceted careers.

“In the early years, there were a lot of firsts,” Garrisan remembers. “Not the least of which was the genre itself, [which was] new to the community. Then the two programs of plays, a number of directors. A lot going on, organizing and managing a lot of people and projects, different points of view and as many personalities … It’s complex on a number of levels.”

By the time Manzelli came on board in 2010, the company was struggling financially, and the Summer Shorts lineup was slimmed down to a single program. In retrospect, he says, he tried to help re-establish Summer Shorts as a theatrical event – in 2011 bringing in original “Queer Eye for the Straight Guy” cast member Jai Rodriguez as a marquee draw; programming the Lisa Loeb family musical, “Camp Kappawanna;” working with Westfall to establish the $1,000 National Award for Short Playwriting contest and the CityWrights playwrights’ conference.

“I really enjoyed putting the show together with so many talented artists year after year and working on a formula that would create the best overall production out of eight to nine unrelated plays,” Manzelli says. “It was a magic trick of how do I support each of the short plays as their own independent piece of art with different directors and yet give the audience an intentional, dynamic show?”

Ledford directed in a number of Summer Shorts festivals before becoming festival artistic director in 2016, then joining City Theatre as its full-time artistic director. She gives Westfall the major credit for the company reaching its milestone anniversary.

“She has a terrific ear for plays, being a playwright herself. She loves actors and loves the potential of everything. She’s an outstanding community member with an encyclopedic knowledge of Miami and its history,” Ledford says. “Susi has been a great leader, a constant through many changes. The company is still here because of her determination.”

Indeed, among the ways Westfall and Fein have demonstrated their faith in the short-play concept is by contributing financially to the nonprofit company during its toughest times.

“We’ve stepped in when we needed to,” she says. “Maybe we could have put another kid through college with that money.”

A Miami native with a playwriting degree from Florida State University, Westfall has continued to write short plays and longer ones, including “The Boy From Russia,” inspired by the couple’s adoption of younger son Pete in 2000. Raising her sons and championing the work of other writers via City Theatre has claimed much of her time over the past 25 years, though she has just contributed a new play – “Quarantinis in the Time of COVID” (performed by Garrisan and directed by Ledford) – which will become part of the Arsht Center’s virtual Arsht@Home content.

The alchemy of Summer Shorts flows from several elements, including the versatility of its actors and the variety of its plays. Many of the region’s best veteran actors – including Elizabeth Dimon, Tom Wahl, Gregg Weiner, Margot Moreland, Karen Stephens, Irene Adjan and, for many years, Stephen Trovillion – have repeatedly returned to Summer Shorts to perform in the acting ensemble alongside younger artists.

Too, the shifting mixture of short comedies, dramas and musicals exposes audiences to a wide range of playwrights’ voices in a single program, with something different coming along every 10 to 15 minutes.

Creating the pieces poses a particular challenge for Summer Shorts playwrights, many of whom are celebrated authors of full-length plays or writers with burgeoning television careers. Los Angeles-based Steve Yockey, for example, has been a writer-producer for the TV series, “Supernatural,” and the upcoming thriller series, “The Flight Attendant,” but he’s also City Theatre’s most frequently commissioned Summer Shorts playwright.

“It’s tricky to tell a full story with a beginning, middle and end in such a short time and have it feel dramatically satisfying,” Yockey says. “But if you can pick one thematic element, one core relationship and one big ‘event’ to build around, 10-minute plays can be beautiful, and you can really land the punch. And they’re great vehicles for adventurous ideas because you can do anything to an audience when they know it will be over in 10 minutes. The ride can be as wild and theatrical as you want.” 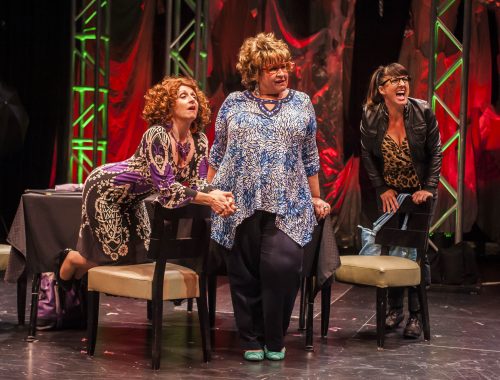 Of Westfall, Ledford and Summer Shorts, Yockey adds, “They produce short plays at a level of quality that’s unmatched … And they really let me swing for the fences creatively, even when I turn in something full-tilt crazy.”

City Theatre is, of course, not the only company that produces short plays. The Samuel French Off Off Broadway Short Play Festival (for which Westfall and Ledford have served as judges) is a New York theater mainstay. Self-produced short plays and musicals make up the annual Short Play Festival at The Players Theatre in Manhattan. Benefit overnight theater festivals around the country, in which short plays are written, rehearsed and performed in just 24 hours, showcase the talents of playwrights, actors and directors.

And closer to City Theatre’s home in the Arsht Center’s Carnival Studio Theater – where the stage is named the Susan Westfall Playwrights Stage – Microtheater Miami produces short plays year-round in converted shipping containers in the courtyard of Centro Cultural Español.

“There are few other theaters that stage short plays and musicals at the level and with the care that City Theatre gives this form,” says Amy Rose Marsh, senior director of acquisitions and artistic development for Concord Theatricals, which now includes the Samuel French licensing and publishing agency. “It’s been exciting to watch the evolution of the [Summer Shorts] festival over the years. The plays have been hilarious, dramatic, poignant and revelatory … The quality of the directing, performances and design really makes for an impactful, enjoyable evening.”

Nan Barnett, executive director of the National New Play Network, has been attending Summer Shorts festivals since she worked as managing director of Florida Stage in the early 2010s, and she has vivid memories of those experiences.

What City Theatre and Summer Shorts have contributed to South Florida theater, she says, is the development of artists, “the playwrights, of course, many of whom have become national treasures, the chameleon actors who have graced their stages, the directors who got their first shot, the designers and technicians who have done some of their best work when faced with the restrictions, demands, opportunities presented by the form – these are the people who have made it all look like magic.”

As with so many events and rituals that are now on hold, having to postpone the 25th anniversary edition of Summer Shorts is a letdown. But Westfall, described by Barnett as “indefatigable,” remains driven by her devotion to playwrights and their short-form work.

“I don’t think the thrill of finding a wonderful new play ever leaves you,” Westfall says. “And nothing beats calling a playwright to say we’re going to produce their play.”