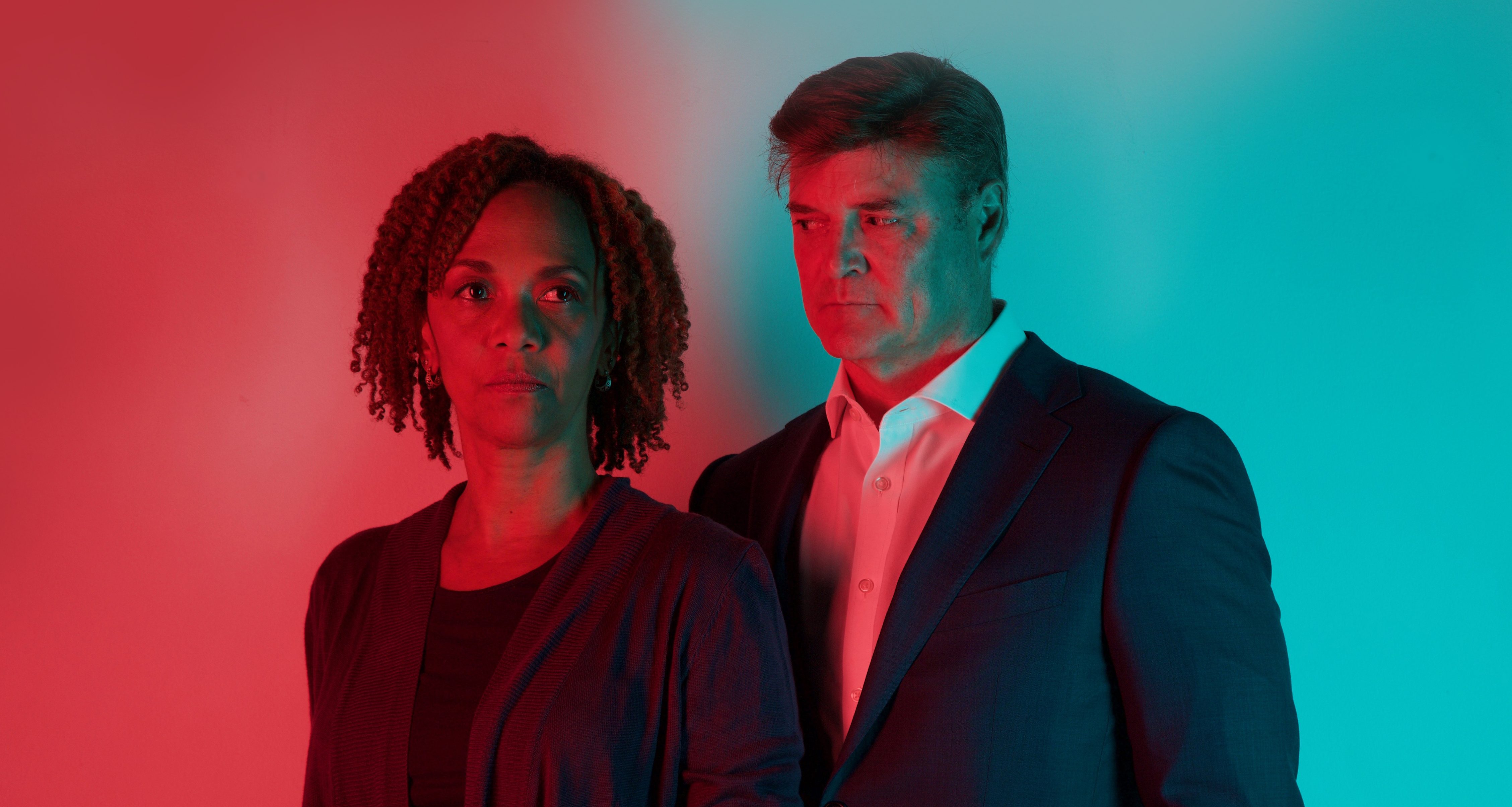 A parent’s worst nightmare can take many forms, but this is indisputably one of them.

You get a call from the police in the wee small hours of the morning. A car given to your high-achieving son for his 18th birthday has been involved in what is only described as “an incident.” You frantically call his cellphone, which goes to voicemail again and again.

At 4 a.m., you’re in a Miami-Dade County police station trying to pry answers out of a tight-lipped rookie officer as you await your estranged husband, who not so long ago moved out and moved on. The intricate, incendiary issues of race add another layer to the mounting tension: You are black; your ex is white; your missing son, Jamal, is biracial – his whereabouts something the young white cop can’t, or won’t, reveal.

Thus begins Christopher Demos-Brown’s “American Son,” which previews Jan. 9 and opens Jan. 10 in a Zoetic Stage production that will run in the Carnival Studio Theater at Miami’s Adrienne Arsht Center for the Performing Arts through Jan. 26.

Although this marks the Florida premiere of a play that was running on Broadway just a year ago – a devastatingly intense drama that was adapted for and debuted on Netflix two months ago – both Demos-Brown and Zoetic Artistic Director Stuart Meltzer describe the new production as a homecoming.

The set-in-Miami play was written as part of the Playwright Development Program financed by Miami-Dade County’s Department of Cultural Affairs. It had several major staged readings in South Florida before going on to its world premiere at Barrington Stage Co. in Pittsfield, Mass., in the summer of 2016.

All that said, while writing the play, Demos-Brown had in his head the voices of three of the four actors in Zoetic’s production.

“Unlike people who write novels, when you write for theater, you really depend on a community of artists, especially actors. If you don’t have a group of artists you trust, it’s hard to see if something isn’t working because of the actor or the material,” the playwright says.

In the case of “American Son,” Demos-Brown imagined Carbonell Award winner Karen Stephens, who appeared in the Zoetic world premiere of his play, “Fear Up Harsh,” as the worried mother; Carbonell-winning director and actor Clive Cholerton as the estranged husband; and Ryan Didato, who was in the Zoetic world premiere of the playwright’s “Wrongful Death and Other Circus Acts,” as the rookie officer.

Carbonell winner and New World School of the Arts associate professor James Samuel Randolph, who portrays Stokes, is new to the play and to Zoetic.

Of Stephens, Demos-Brown says: “Karen is not lacking in strong opinions. She wasn’t deterred by the fact that the play has had four productions and 16 readings, that it ran on Broadway and has been published by Samuel French. She would tell me what she thought needed to be changed … She has a toughness about her, and she wears it on her sleeve. But life has taken some shots at her, and that’s who Kendra is.”

Cholerton, who directed Stephens in “Clybourne Park” when he was running the Caldwell Theatre Co. in Boca Raton, has extensive acting and directing credits in the United States and his native Canada. Demos-Brown thinks Cholerton’s physicality as a former semipro athlete, his intelligence and his “Canadian gentleness” work well in portraying the husband. That he and Stephens are closer to the ages the playwright intended the characters to be is another asset. 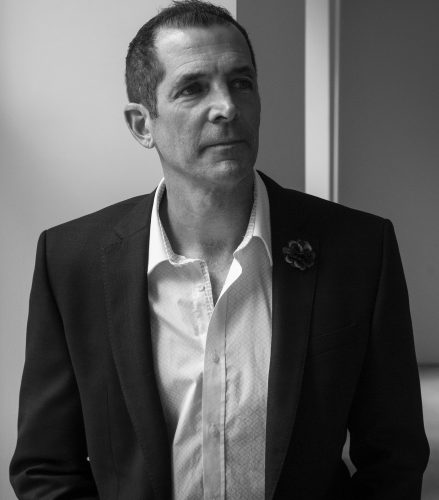 “That gives their relationship with their son more poignancy,” Demos-Brown says. “This is it for them. They’re much more on the back-end of life.”

Cholerton is father to an 18-year-old, college-bound high school senior (whose mom is Carbonell winner Margery Lowe).  Although the play’s circumstances are intense and particular, Cholerton finds it easy to identify with his character’s reactions.

“Scott is a logical FBI guy, but when your child’s life is at stake, you will go to any length. It’s an almost animalistic feeling,” he says of a drama that takes him to an extreme emotional place in every performance. “I don’t know that I could do the play for more than three weeks.”

For her part, Stephens also identifies with multiple aspects of Kendra’s character.

“Kendra straddles two worlds, being married to a white man and having her career in academia, and being a black woman and black mother. She struggles and juggles, and on this night her worlds collide,” she says.

“I navigate that every day of my life. Sometimes, you don’t want to sacrifice your own culture. You just want to be who you are. But you’re forced to adhere to the perceptions of the majority culture if you want to get ahead. It creates great emotional and intellectual stress.”

Randolph grew up in Miami as the son of teachers and administrators whose friends included civic leaders and people in law enforcement. As a theater student, he was often out late at night driving home from rehearsals, something that worried his mother.

“I was pulled over once or twice when I was young, probably for driving while black. I stayed calm and listened to the better angels of my mother’s nature in my head,” the actor says. “This is a well-made play grounded in truth. We get to know this [missing] young man, even though we never see him.”

Didato saw “American Son” on Broadway and auditioned to be the production’s male understudy.  He “skipped around” the Netflix version and says Demos-Brown has told him he wrote the role of Larkin with “my voice, my energy in mind.”

But he thinks that tonally, Zoetic’s production will be noticeably different from the Broadway version.

“Chris is the smartest person in any room, and all his characters are smart, relatable, flawed,” Didato says. “He has created characters who are very real, so engaging. You empathize with the mother and the police officers. Clive’s Scott is so likeable, such a nice guy … You laugh a lot at Larkin’s expense. Stuart is so great at mining comedy, and playing with being uncomfortable is in my wheelhouse. The play has a lot more laughs than most people are expecting.”

Observes Randolph: “Humor lets people survive day in and day out. The more humor you find in this 90-minute play, the more hard-hitting it is when it’s no longer funny.” 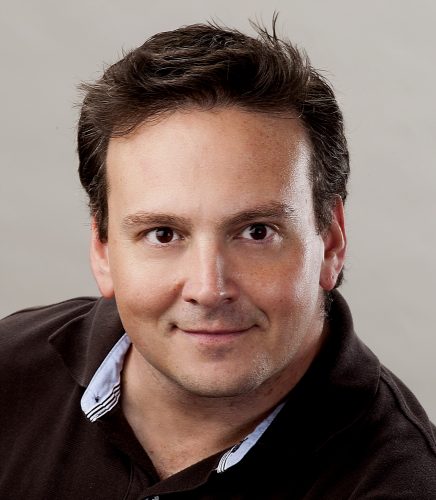 Cholerton notes that he and Stephens, who have known each other a long time, are also focusing on “finding the quiet moments between the lines, when they look at each other and reflect, moments when they get reminded of something. It’s all there.”Finding real and funny moments has been crucial to Meltzer’s vision of the play.

“I’ve been working hard not to telegraph the ending of the play from the beginning,” the director says. “The big responsibility for me is to interpret it. The benefit I have is understanding Chris and his writing. His tempo, humor, wit and the sardonic nature of it. I can look at it with empathy from years of work alongside him.”

Although “American Son” has a history elsewhere, Meltzer adds, “This is a big homecoming for the play. It was born in Miami of a writer who knows and loves this community.”

“American Son” will also have a life after Miami. Samuel French has licensed 15 productions around the United States, and there are productions planned in Israel, France, Belgium, Brazil and India.

Demos-Brown, who continues working as an attorney with wife and law partner Stephanie Demos, is finalizing a contract to write a miniseries for FX based on a true crime story. He is continuing to work on “Coral Gables,” a companion piece to his play, “Captiva,” which had its world premiere at Zoetic in 2011.

Despite having had a play on Broadway, he is still trying to get his plays done at larger American regional theaters.

“Being an older, white male playwright is not a growth industry,” he says. “I can’t get larger theaters to bite. Family dysfunction stuff all seems the same – until you see the plays.”

The playwright got some pushback in New York for being exactly who he is: a white male writing insightfully about race and policing. Stephens argues that’s unfair.

“Throughout history, we have had white allies who marched with us and died with us. We’ve asked white America to see our pain. And when someone does that, we question it? I think it’s admirable and validating,” she says.

What: “American Son,” a play by Christopher Demos-Brown

Where: Zoetic Stage production in the Carnival Studio Theater at the Adrienne Arsht Center for the Performing Arts of Miami-Dade County, 1300 Biscayne Blvd., Miami