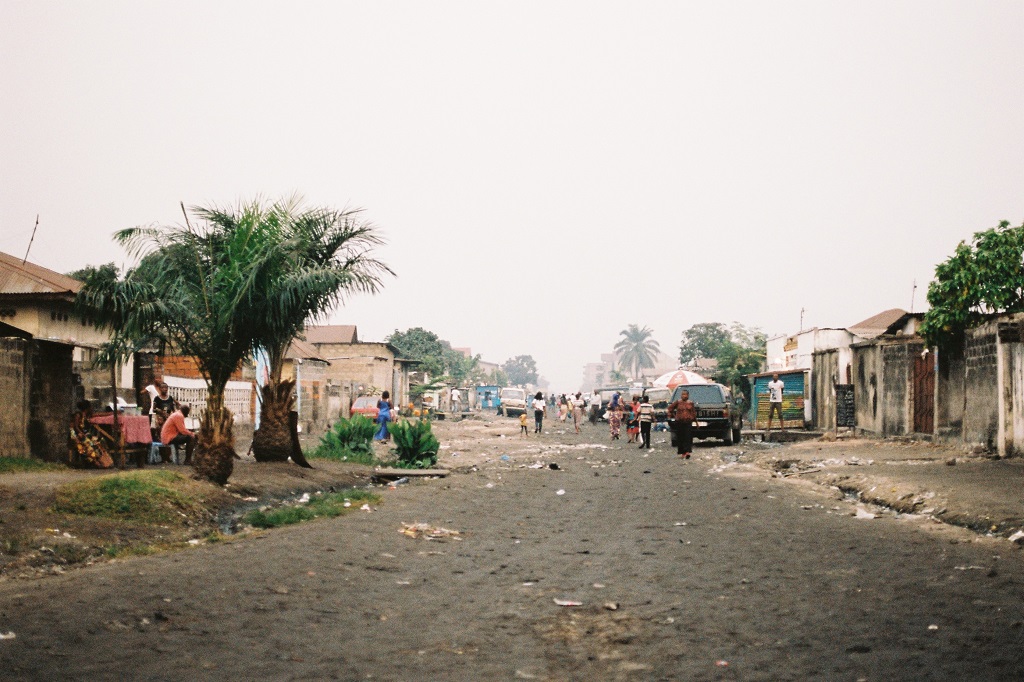 There’s an African proverb heard in many languages across the continent, from Ghana to Zimbabwe: “Until the lions write their own stories, the hunters will be the heroes.” Here in Miami, two local culture ambassadors are making sure the lions get heard.

Earlier this year, filmmaker Rachelle Salnave and her creative partner Jean H. Marcelin, both of Haitian descent, launched the Black Lounge Film Series in Overtown. Monthly through 2018, the series presents films about the black experience. Some are older classics and others are current films from black Caribbean, African and American directors.

Coming up next on Friday is “Félicité” from Senegalese director Alain Gomis. Then on Saturday in Gibson Park is “Krush Groove,” a nostalgic ‘80s hip hop film.

“We love activating spaces,” says Marcelin, and their program is breathing life into what seems like a forgotten place.

All year long, the Black Lounge films promise to open eyes to new ways of storytelling. “The Black Lounge Film Series has many layers to its mission,” says Salnave. “We want to create a unique movie experience in the heart of historic Overtown. We want moviegoers to enjoy and learn about the black global experience through our special curatorial selections and we are eager to promote filmmakers from all over the world that tell fascinating stories about the African Diaspora journey.”

In New York, where she grew up, she remembers going to the African Diaspora Film Festival with her mother, who was a film fanatic. “I’ll never forget the film that I saw was ‘Sankofa,’ a huge indie film hit about an African-American woman who goes back and finds her roots in Africa. The ancestors call her because she’s not being very humble in her life, and her soul and her spirit gravitate back to Africa. That was a big movie. I was 15. And I was hooked.”

Salnave and Marcelin are both deeply engaged with community building, so from the start, the film series has brought key social conversations forward. “The way we pick our films, we’re addressing a lot of stereotypes within the black community,” says Salnave.

“We’re coming to an African-American and old-school Bahamian community that also has stereotypes about African people… But we’re bringing films from Ethiopia, Senegal, we’re bringing in a Nigerian filmmaker to say that our stories are very vast but there is some connection between the black experience.”

“Black images are important now more than ever,” she says. “How do we get to know each other?”

The series opened in February of this year with “Sammy Davis Jr.: I’ve Gotta Be Me,” a 2017 documentary on the entertainer’s life. In the film Davis describes his personal experience with Jim Crow segregation.

In Miami, Jim Crow meant that Davis and many other black entertainers were forced to stay in Overtown after their Miami Beach gigs. Overtown became the “Harlem of the South,” a key  entertainment hub until it was dissected by highways and hit with urban blight.

The neighborhood is now at the edge of a revival. But it is unclear whether its significant history will be celebrated—or erased by a mindless wave of gentrification.

The Black Lounge Film Series serves as a consciousness-raising exercise. “I feel like we are really part of the solution, part of what can help rebrand Overtown and maybe get folks to move back into the community,” says Salnave.

She and Marcelin are both familiar with gentrification that threatens to overrun valuable black community centers. It is endangering their own creative base in Little Haiti, a neighborhood that developers are aggressively attempting to rebrand as Magic City.

Through Ayiti Images, a separate series dedicated to Haitian films, Salnave and Marcelin have been spotlighting Haitian work and more generally bringing awareness to the community rooted in Little Haiti. Their efforts with both Ayiti Images and Black Lounge serve to counteract development that assumes nothing is lost when communities are displaced.

Going even farther back, Salnave witnessed early gentrification in Harlem where she grew up. Her first film, “Harlem Mart 125,” documents the transformation of the neighborhood, where she saw both beneficial growth and damage done. Simultaneously she saw the power of film as a voice for social change and perspective-shifting.

“We can actually help through the arts,” she says, “because I can’t do it any other way.… I think film is a great way to help give context to something that might be complex.”

Establishing their base of support has not been easy, though. In Miami, nothing garners attention like a big crowd. But as innovators, Salnave and Marcelin have worked hard to build a following from the ground up without compromising on quality.

They have also had to win the trust of the existing Overtown community, which is unsure what to make of changes coming to the neighborhood.

“When someone new comes along,” says Salnave, “people are apprehensive until they get to know you. They start seeing you, they see your intentions, and then you kind of get a pass. Which is good because it makes us feel good that we’re doing something nice in the community.”