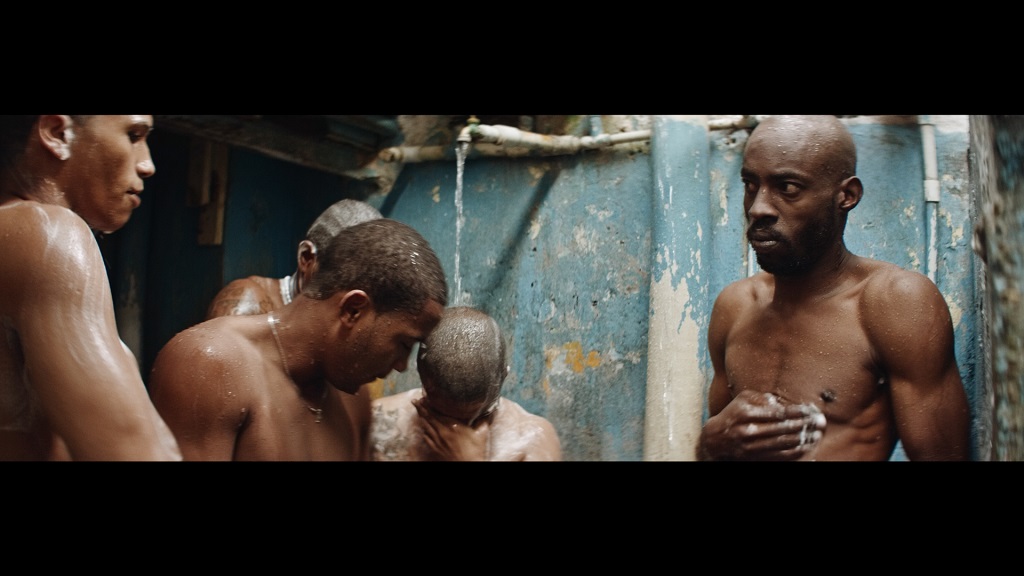 There’s an African proverb heard in many languages across the continent, from Ghana to Zimbabwe: Until the lions write their own stories, the hunters will be the heroes. Here in Miami, two local culture ambassadors are making sure the lion’s stories get heard.

Earlier this year, filmmaker Rachelle Salnave and her creative partner Jean Marcelin, both of Haitian descent, launched the Black Lounge Film Series in Overtown. Monthly through 2018, the Knight Arts Challenge winning series screens films about the black experience. Some are older classics, and others are current films from black, Caribbean and African directors.

Main screenings are held at the newly opened Overtown Performing Arts Center, and each month includes a full schedule of public events: conversations with directors and actors, music performances, and some outdoor screenings in recently renovated Gibson Park.

Coming up next is “Woodpeckers” from the Dominican Republic on June 15. Future screenings include “Félecité” from Senegal, plus “The Last Dragon” and “Krush Groove,” two nostalgic oldies.

From the beginning, the Black Lounge programming has brought key social conversations forward. “The way we pick our films, we’re addressing a lot of stereotypes within the black community,” says Salnave.

“Forget about everybody else, within us,” she says, “because we’re coming to an African-American and old school Bahamian community that also has stereotypes about African people… But we’re bringing films from Ethiopia, Senegal, we’re bringing in a Nigerian filmmaker to say that our stories are very vast but there is some connection between the black experience.”

For Salnave, film offers an optimistic solution for social ills. “Black images are important now more than ever,” she says. “How do we get to know each other?”

“Black by no means negates anything or is anti-anything else,” adds Marcelin. “It’s just that good stories are underrepresented.”

The series opened in February of this year with “Sammy Davis Jr.: I’ve Gotta Be Me,” a 2017 documentary on the entertainer’s life. Some of the film’s scenes take place in segregated Miami during the Jim Crow era —when black performers like Davis were forced to stay in Overtown after their South Beach gigs.

It’s no mistake that Salnave and Marcelin chose Overtown for their film program, or that its first screening highlighted the area’s historical value.

Overtown, known in its heyday as “the Harlem of the South,” was a cultural hotspot. Following a deep and sustained descent into poverty, the neighborhood is now at the edge of a revival. But it is unclear whether its long history will be celebrated or knocked down and paved over.

The Black Lounge Film Series serves as a consciousness-raising exercise. Salnave and Marcelin join a handful of people, including the Overtown Community Redevelopment Agency, who are working to revitalize the community from the inside out.

“I feel like we are really part of the solution, part of what can help rebrand Overtown and maybe get folks to move back into the community,” says Salnave.

The alternative is, of course, that Overtown would be replaced by luxury condos, expensive retail space and a new, likely white, population from a different economic tier.

Salnave and Marcelin are both familiar with gentrification that blatantly threatens black community centers. It’s happening in their own creative base in Little Haiti, a neighborhood that developers are aggressively attempting to rebrand as Magic City.

Through a separate film series called Ayiti Images focused on Haitian directors, Salnave and Marcelin are fighting against the mindless development proposed by Magic City. Like in Overtown, their Ayiti Images screenings promote the value of the existing Little Haiti community.

Salnave is further informed by her personal history with urban development. She grew up in Harlem and her first film, “Harlem Mart 125,” documents the gentrification that transformed the neighborhood. She acknowledges that change is inevitable and gentrification isn’t all bad. She saw both the benefits and the damage done. Simultaneously she saw the power of film as an avenue for storytelling and social change.

“We can actually help through the arts,” she says, “because I can’t do it any other way.… I think film is a great way to help give context to something that might be complex.”

While race is at the core of its mission, the Black Lounge Film Series is not a black versus white agenda.

“I think we’re trying to bridge everybody together,” says Marcelin, who also claims New York as his hometown. “That was one of the beautiful things that I liked about New York City is that all the neighborhoods used to fuse. I don’t see that down in Miami. I see everybody’s in their own little pocket and that’s just it.”

They are champions of arts and culture, not as a creative indulgence but as a vital part of any community’s well-being. This message is crucial at a time when the Florida state government has zeroed out its arts funding for the year. As a result, Miami creatives are challenged to maintain and protect their artistic communities, even though the arts have become one of the city’s strongest offerings.

“The Last Dragon,” 1985, June 16,  Gibson Park, free and open to the public (https://www.eventbrite.com/e/black-lounge-outdoor-film-series-presents-the-last-dragon-tickets-46102950165?aff=erelpanelorg)

For more information on future screenings and events, visit www.blackloungefilms.com