At the TCG conference in Miami, multiculturalism is in the spotlight 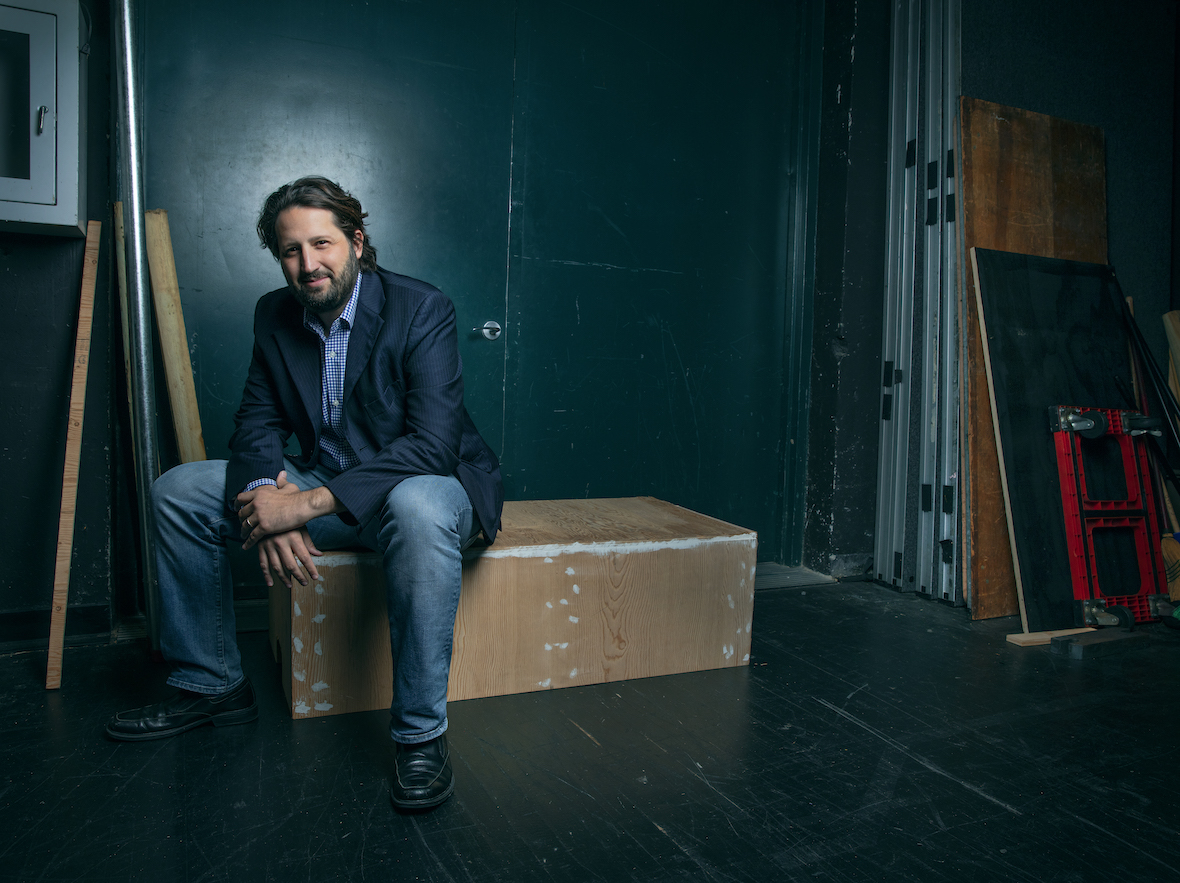 On Facebook, when we want to tap into the knowledge and wisdom of others, we send out an appeal to the “hive mind” of our friends, families and acquaintances.

In Miami this week, much of the brainpower of America’s vast regional theater network will be on hand when the Theatre Communications Group (TCG) gathers for its 29th national conference at the InterContinental Hotel downtown. The 840 (and counting) attendees will become a real-world hive mind as they explore some of the most pressing issues the field is facing. Sharing ideas, making connections and getting to experience a snapshot of Miami’s theater scene are all on the agenda.

Founded in 1961, TCG’s aim is to strengthen and promote professional theater in the United States. More than 700 theaters, universities and other institutions are members of TCG, and the organization’s individual members number nearly 10,000. The group’s most high-profile publication is American Theatre magazine, a monthly featuring news and trend stories, artist profiles, statistics, play scripts and much more content of interest to those working in or covering the country’s not-for-profit theaters.

Bookended by an educational pre-conference on Tuesday, June 4, and a post-conference session on the future of theater for young audiences Saturday, June 8, the main conference runs June 5-7 and has a multifaceted focus: audience and community engagement, the evolution of theater journalism, and wellness/well-being.

Underpinning much of the programming is TCG’s ongoing commitment to strengthening equity, diversity and inclusion in theater. Holding the conference in multicultural Miami, with its 69 percent Hispanic majority, dovetails with that facet of TCG’s mission. And it lands here at a time when some artists of color are pushing back against more traditional theater practices and models in Miami-Dade County. 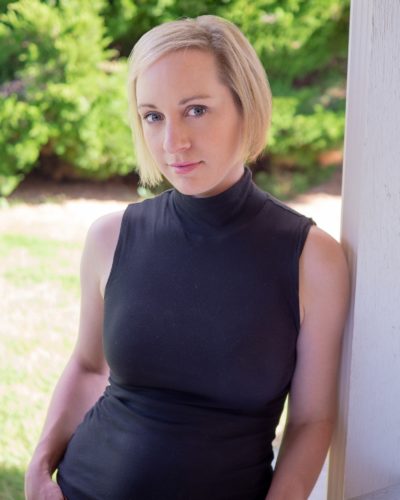 “The conference is grounded in place,” says Devon Berkshire, TCG’s director of conferences and fieldwide learning. “The rate of change in Miami in terms of art is so constant and so rapid. We’re experiencing a huge leadership transition in theater, a major sea change. We can get inspiration from Miami being so adaptable. What Miami looks like is really the future of the country.”

Acclaimed Haitian-American author Edwidge Danticat, who working with Miamian and Obie Award winner Lileana Blain-Cruz to develop a stage piece based on her work for Miami New Drama’s 2020-2021 season, will speak to the conference on Wednesday evening.

Hausmann and Edgar Garcia, artistic director of the Miami Dade College-based Teatro Prometeo, are part of a Friday morning panel on multilingualism in American theater. Pulitzer Prize-winning Cuban-American playwright Nilo Cruz, artistic director of Miami’s Arca Images (which does work in Spanish and English, with simultaneous translation into the other language), will lead a Thursday workshop on creating arresting images for the stage.

Miami artists and companies will also be showcased during the conference, with that piece coordinated by Miami Light Project’s Boone. Actor-writer Joshua Jean-Baptiste will deliver a spoken word piece about Miami before Danticat’s speech, and DJ Le Spam will work the opening-night party at Miami’s Institute of Contemporary Art. On Thursday, artist Xavier Cortada, a live performance sample by the Combat Hippies, a show excerpt from Miami New Drama’s “Viva La Parranda!,” and videos of Juggerknot Theatre Company’s “Miami Motel Stories” and performance artist Natasha Tsakos’ latest piece will introduce conferencegoers to a slice of Miami’s eclectic theater scene.

Dine-around sessions on Thursday evening, in which Miami theater leaders will host attendees at area restaurants for dinner and topical conversations, include one on immersive theater hosted by Juggerknot Theatre’s artistic director Tanya Bravo. Another dine-around session on colorism in theater will be hosted by actor-singer-playwright and arts administrator Christina Alexander, who will then take participants to the opening-night performance of M Ensemble’s “Sisters” in Liberty City. 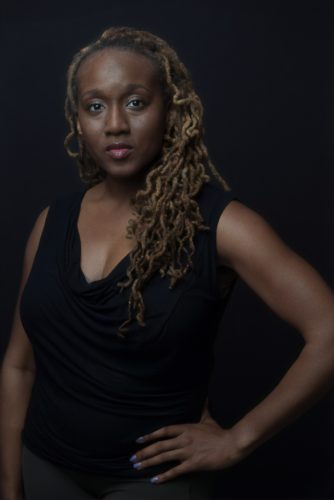 Alexander, who was just named an honoree in TCG’s Rising Leaders of Color program, is a seasoned Miami performer who most recently appeared in “The Old Settler” at M Ensemble, the nearly 50-year-old black company that is also South Florida’s oldest continuously producing professional theater. After time spent traveling the world on cruise ships as a singer, she has returned to Miami hoping to help make theater here more open and inclusive.

“Miami is more of a salad bowl than a melting pot, and I don’t think it’s time to be nice, anymore,” says Alexander, who notes that the majority of black actors in the region tend to show up on stages between the end of January and the beginning of March — during Black History Month.

“Miami just isn’t a big national theater space. We are so full of diversity, but many artists don’t want to be categorized that way — they don’t think of themselves as theatermakers of color,” Alexander says. “My hope is that in shining more light on what is happening, we’ll move toward the conversation about what do we do about it. … I hope TCG will start the conversation.”

She adds: “I want to be able to be here and thrive, not just survive.”

Miami New Drama’s Hausmann has led his company, co-founded with director-playwright and fellow Venezuelan Moisés Kaufman, from a startup in 2016 to a theater with a budget of nearly $3 million per year.

A vocal advocate for telling theatrical stories that speak to a wide range of Miamians — Miami New Drama’s production of Thornton Wilder’s “Our Town,” for example, transformed George’s family into Creole speakers at home and Emily’s into Spanish speakers — Hausmann hews to his mission in various ways. He commissions plays, presents world premieres (next season brings a play by Michael Leon and a musical from Aurin Squire, both Miami natives) and produces plays with Miami connections, such as “One Night in Miami,” Kemp Powers’ play about the night in 1965 when boxer Cassius Clay (about to become Muhammad Ali), activist Malcolm X, singer Sam Cooke and football great Jim Brown gathered at Miami’s Hampton House motel to talk and party after Clay’s defeat of world heavyweight champ Sonny Liston.

Outspoken by nature — the company’s marquee at the Colony Theatre sometimes offers pithy stances on hot-button issues — Hausmann has lately ignited a sometimes-contentious conversation about just what Miami theater should be.

“I know I can be perceived as cocky and self-righteous, but this is a minority-majority city, and I don’t think the national conversation has arrived in Miami,” Hausmann says. “We have to integrate diversity into our storytelling and our theater community. It’s the future. You have to lead by example — and it’s economically wise. … Miami is not a white city, anymore.”

Noting that several of Miami-Dade’s key theater companies are led by white males who direct most or all of the work done on their stages, Hausmann observes that artists of color tend to work with established institutions, then create their own institutions.

“There are gatekeepers, so you have to open your own doors, and it’s also our responsibility to reach out,” he says. “You’ve got to give the keys to artists of color. Audiences know when they’re being invited versus patronized.” 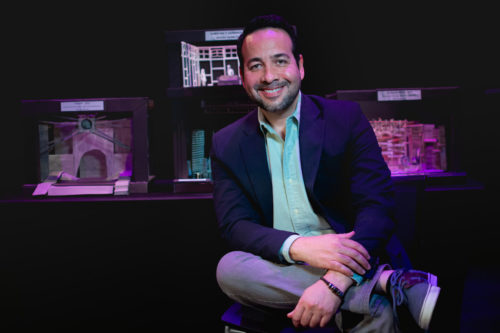 Prometeo’s Garcia, whose company performs in Spanish with English supertitles or synopses in programs, observes that “in Miami, the symbolic wall is language.” As people arrive from Spanish-speaking countries, they acquire job skills and build lives. But it’s art that feeds the soul, Garcia says.

“We have to be inclusive, as opera and music are. In our art, we need to find interesting subjects, offer enticing productions, and spotlight issues that interest our majority,” he says, acknowledging that Creole- and Portuguese-speaking audiences must be considered, too. “I don’t want to alienate or bore anyone because they don’t understand. I hope to raise awareness that we now need to integrate multilingualism in theater.”

Reaching out to diverse communities is part of the larger issue of connecting with audiences, which has become more challenging in an era when traditional media are shedding critics and arts writers. That interconnected theatrical ecosystem is what will occupy attendees’ attention, discussion and problem-solving efforts at the TCG conference.

“It’s no secret that our audiences are not expanding,” TCG’s Berkshire observes. “We’re pushing folks to think beyond ‘how do I get butts in seats?’ We want to give them resources around how they are partnering and engaging with the community, so that becomes part of the institution’s DNA.”

For more on the TCG national conference, go to TCG.org.