At GableStage, an Intense Reckoning in ‘Stalking the Bogeyman’ 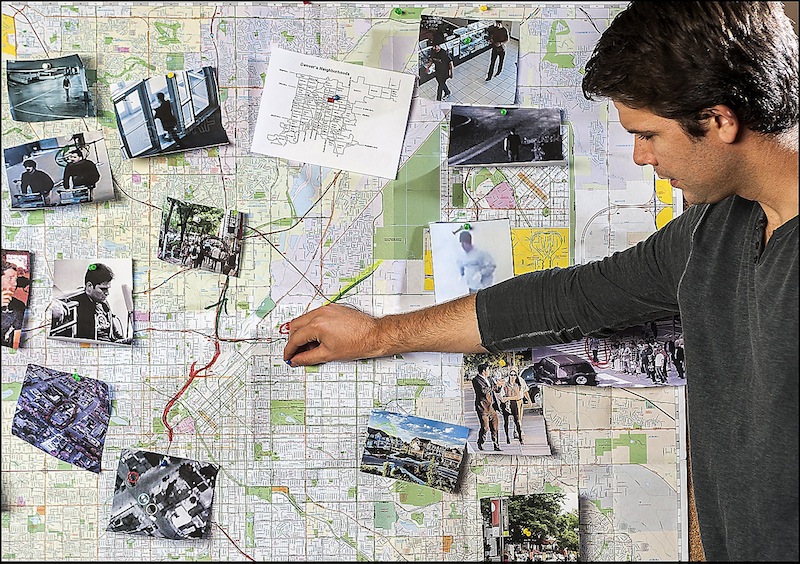 From the time he was 7 until he turned 33, David Holthouse harbored a poisonous secret: As the adults played cribbage upstairs, the teen son of his parents’ friends brutally raped him in a basement bedroom. If the weeping boy told, the older kid said, he’d come to David’s house and gut him like a salmon.

So a damaged child stayed silent. The grownup David, finally, did not.

Stalking the Bogeyman, a true account of Holthouse’s life-altering experience, appeared in 2004 as a first-person piece for Westword, a Denver alternative weekly. Then National Public Radio’s This American Life presented it as a segment in 2011. In 2013, Holthouse and Markus Potter adapted the story for the stage. That play, the antithesis of light summer fare, has just opened at GableStage.

Under Joseph Adler’s intricate direction, six fine actors bring the wrenching story to life. Taylor Miller, a South Floridian now based in New York, anchors the production as Holthouse. The actor so persuasively embodies the child, the adult, the participant and the narrator that, by the end of a play that runs barely more than an hour, you may feel as if Holthouse has been speaking through Miller.

Narrated observations and confessions alternate with scenes, including the early one when the jock Holthouse refers to as the Bogeyman (Alex Alvarez) obliterates the little boy’s innocence.

Years of silence, in part an attempt to avoid shattering the lives of his loving parents Nancy (Patti Gardner) and Robert (David Kwiat), come at a high cost for Holthouse, who lives uneasily in the world as a gonzo journalist. He turns to drugs to numb his psychological pain. He fears that he could change from victim to victimizer if he were to become a father. Ultimately, he hatches a plot to murder the man who is the stuff of his nightmares.

Given that Holthouse isn’t in prison, you can guess that his first plan fell through. But he did have his moment of reckoning, shattered man meeting face to face with a guilty one who seems repentant, nervous and incapable of understanding the reasons for his youthful brutality. And after that reckoning, after the events depicted in the play, Holthouse exacted a different kind of revenge. Find his story Outing the Bogeyman online to see how.

The playing area at GableStage is wide and shallow, but set designer Lyle Baskin knows how to work the space masterfully, creating a home on one side for Holthouse’s parents, another on the opposite side for the Bogeyman’s parents Carol (Barbara Sloan) and Russ (Bill Schwartz), an upstairs apartment for Holthouse’s ex-stripper drug dealer Molly (Sloan), and that fateful basement bedroom. The work of sound designer Matt Corey, lighting designer Bryan Kaschube and costume designer Ellis Tillman also conjures the play’s unsettling world.

In addition to their roles as parents, Sloan, Schwartz and Kwiat help flesh out the story playing other characters – Kwiat as a gun dealer, Schwartz as a Latino gang member and a predator teacher-coach, Sloan as the drug dealer whose breezy humor doesn’t quite paper over her own molestation story. As the mother who finally learns a shattering truth, Gardner rages through one of the play’s fiercest scenes.

Alvarez is intense, imposing and effective as the teen monster who becomes a man hiding other secrets behind his words. And Miller? He’s mesmerizing.

At GableStage, Stalking the Bogeyman is yet another iteration of one man’s story of his abuse and its endless aftermath. Truth steps into the light. But as survivors of sexual abuse know all too well, the poison never fully goes away, and peace remains elusive.