‘As Much As I Can’ at Little Haiti center tells a touching, vital story 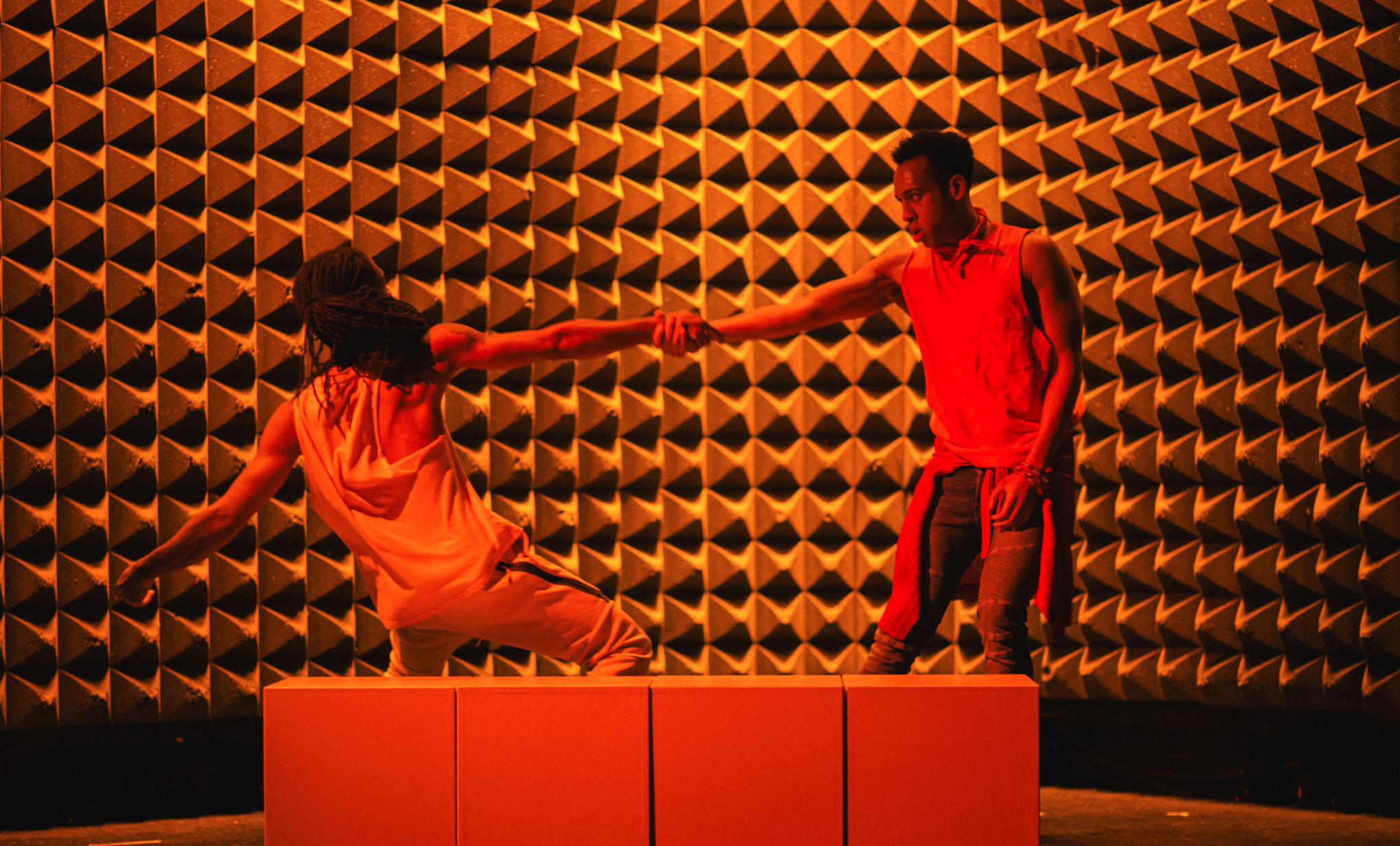 Marquis Johnson and James Watson in “As Much As I Can.” (Photo courtesy of Harley & Co.)

Almost five years ago, multiplatform storyteller Sarah Hall looked at an ethnographic report that showed HIV rates were falling for most segments of the population but remained steady or rose for gay, black men. The question was why.

The answer comes to Miami in “As Much as I Can,” a multiple award-winning theater performance set for March 12-15 at the Little Haiti Cultural Center.

This is theater built on hundreds of hours of oral histories from gay, black men in Baltimore and Mississippi – and the mega-stories contained in so many of the individual ones. It is theater arising from a partnership with ViiV Healthcare and its ACCELERATE! Initiative, which supports community projects to improve HIV outcomes for gay, black men.

This is theater committed to the community out of which it grew, returning to those cities as the play was revised and reworked, finetuning its message with feedback from doctors, community stakeholders and the men themselves. This is theater setting out to reduce the stigma these men face.

Hall puts it this way: “Ultimately, the play shows us the power that we have over ourselves and over each other – and the tremendous capacity that community support  has to create meaningful change.”

Hall recalls an audience member telling her, “This play is about love.” 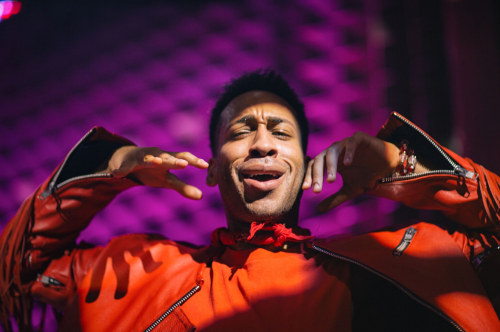 Marquis Johnson stars in “As Much As I Can,” which plays March 12-15 at the Little Haiti Cultural Complex in Miami. (Photo courtesy of Harley & Co.)

The audience lives through a day in the life of four gay, black men. One has just discovered that he is HIV-positive. We watch as he wrestles with what this means to him, and how this news affects his friends and lover, as well as  their wider community.

Hall organizes her play around a series of rooms that audience members visit along with the actors, including a clinic, a barbershop, a living room, a bedroom, a local gay bar featuring a drag show performance, and a church. These are rooms where the men have felt most accepted, most rejected, most afraid.

In explaining why she organized the play this way, she refers to neurological studies that suggest that, when lingering in a detailed environment, the brain can’t tell whether the action it witnesses is real or stagecraft.

“The potential for fostering empathy is quite real,” she says.

Among the stories that kept repeating in the men’s oral histories were those having to do with church.

“This was a place of powerful experience for many of the men,” Hall says. “This was the place of important early childhood memories. Many of the men want to return but don’t know how. In some cases, they can’t.”

Hall created a scene in which the audience sits in pews hearing the same message far too many of the men heard in their lives. Yet Hall is quick to emphasize how many of the themes of these stories are ones each of us wrestle with. 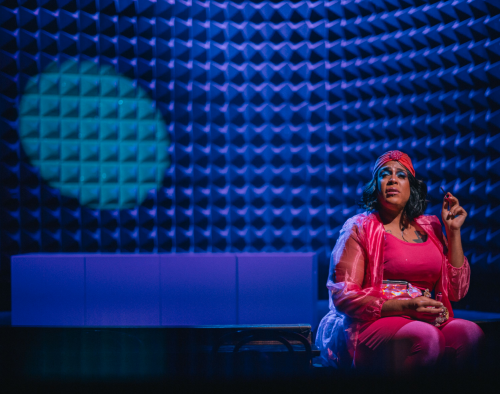 Cory Gibson in “As Much As I Can,” which takes the audience through a day in the life of four gay, black men. (Photo courtesy of Harley & Co.)

“They are questions of how to negotiate power in an intimate relationship, of whether I am even worthy of taking care of my own health, of whether my parents and my wider community can accept my true self,” she says.

One of the high points of the production for Hall is the spinning of a love story with no dialogue, “a dance that manages to find the physical correlatives to emotion, a dance that has everything and nothing to do with sex.”

It’s not surprising that Hall wanted to bring her production to South Florida, since new HIV infection rates here are among the highest in the nation. When she started this project, she says, studies indicated that if the incidence of infection didn’t decline, by 2020 one out of every two sexually active gay, black men would contract HIV in their lifetimes.

“As Much As I Can” was conceived, co-created and produced by N.Y.-based creative studio Harley & Company, with guidance and sponsorhip from ViiV Healthcare.

Admission to the play is free. Hall set out to make it easy for members from every sector of the community to come for the play and the varied discussion groups that she is arranging. She welcomes anyone interested in “connecting men to care,” or offering them fellowship.

“As much As I Can” comes to Miami after a soldout run at Joe’s Pub, a program of New York City’s celebrated Public Theater. The audience there “was wonderfully raucous,” Hall says.

Cost: Free, but call for reservations, or go to Eventbrite.com