An arts-supportive county buys into the talent of Miami playwrights 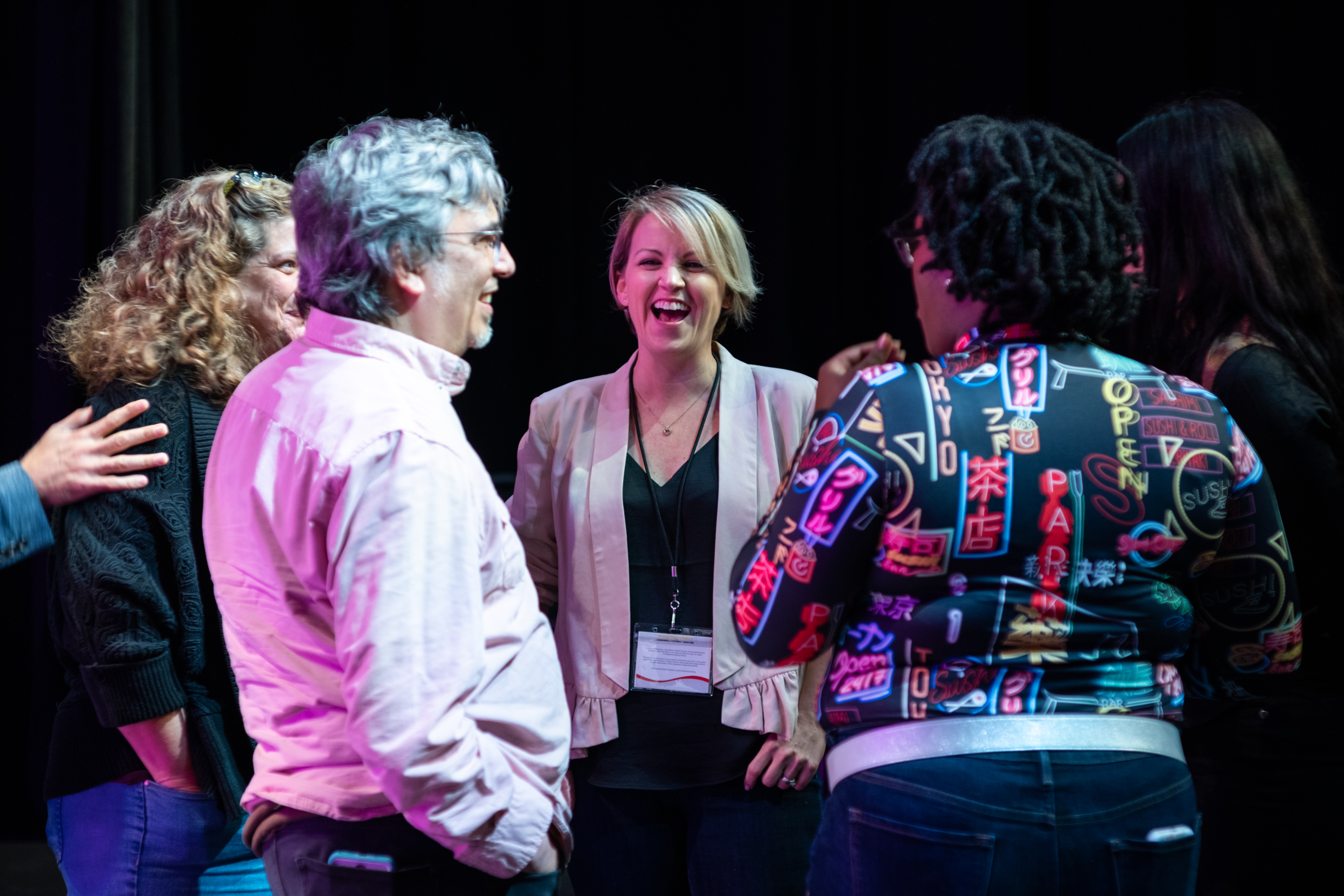 Imagination, creativity and disciplined work are just three of the elements that feed into the writing of a play. It is a long process that can be as exhilarating as it is deeply frustrating.

“There’s nothing like it. Everyone I know who has been through it has experienced something special and vital,” says Miami playwright Jessica Farr. “It has given me such drive, and an excuse to write at all times.”

Launched as Downstage Miami in 2001 by former Cultural Affairs administrator Rem Cabrera, the program now brings together four selected South Florida playwrights to work with a master playwright throughout a two-year period. The writers get together for periodic weekend workshops at the historic Deering Estate, developing two full-length scripts. Those plays get a public reading in Miami, and the playwrights also get to work with a different group of actors, a director and a dramaturg on each script at the Playwrights’ Center in Minneapolis.

“One’s career doesn’t move forward if you’re not producing new material,” says Sheri Wilner, who just finished her second stint as the program’s master playwright. “They work so intensely and hard on each play … then they walk out with two solid plays. They can continue working on them or send them out.”

That work has paid off in a big way for some of the program’s past participants.

Christopher Demos-Brown developed the searing, Miami-set “American Son” at PDP. The play ran on Broadway last season, and a Netflix version starring Kerry Washington and the rest of the Broadway cast is set to premiere Nov. 1. The Arsht Center-based Zoetic Stage will produce the play Jan. 9-26; and another PDP-developed play, Hannah Benitez’s “GringoLandia,” will get a Zoetic world premiere on May 7-24.

Vanessa Garcia’s “The Amparo Experience,” a much-extended success that will wrap up its eight-month Miami world premiere run on Nov. 24, was also developed during her PDP participation. 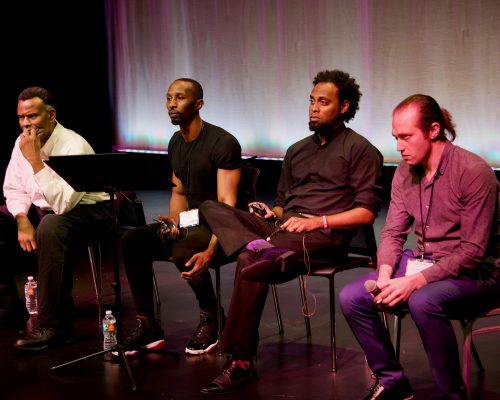 Israel Garcia, Jessica Farr, Ean Miles Kessler and Gina Montet are wrapping up their two years with PDP. They staged readings of four plays – Garcia’s “The Words of Dead Men,” Farr’s “The Gulf,” Kessler’s “Frankie Moon’s Long Gone” and Montet’s “Overactive Letdown” – from Oct. 19 to 20 at Miami’s Sandrell Rivers Theater as part of a festival dubbed From Scratch.

Actors, directors, American Sign Language interpreters and audiences became part of the process. And since the playwrights had developed their scripts with input only from each other and Wilner, the readings provided a first chance to gauge how others would react to the work.

“I was elated after the readings. The audience reactions to all four were so, so strong,” says Wilner, whose plays have been produced worldwide and at major regional theaters. “The playwrights were delighted and surprised that what we thought in the [writing] room was right. Each reading had a talkback, and each audience gave such thoughtful responses. Every writer hit their target. That response from the audience is really what you’re writing the play for – to get these conversations started.”

The county’s investment in the program pays all expenses for the master playwright and participants, including the trips to the Playwrights’ Center for a fresh look at the scripts. Deadlines set by the master playwright require each participant to come up with new material or revisions – something that, outside of such a program, is easy to put off.

“Unless commissioned, a playwright isn’t on a deadline. The author writes because there’s an intrinsic need,” says Garcia, a Florida International University professor whose play “The Words of Dead Men” is about brothers who find the last words written by their deadbeat dad. “But then life happens and you put your play on the back burner … Here, you’ve made a commitment to do it. So you schedule yourself out, which is hard. You won’t sleep for a month, but you’ll do it, damn it!”

Kessler, whose writing has drawn comparisons to the work of Sam Shepard, tried something different with “Frankie Moon’s Long Gone.” In the play, the ailing Frank has decided to stop chemotherapy and just chain-smoke until it’s lights out. His son hires a born-again hospice aide but agrees to fire the guy if Dad will resume chemo. It’s a comedy.

“The play started out as one scene and about a dozen pages of jokes and moments. PDP lit a fire under my feet to get this piece finished, and to close in on a final draft. The main trajectory of my journey with this play has been my process of whittling it down and finding the heart of the story,” says Kessler, who will take “Frankie Moon’s Long Gone” to the Playwrights’ Center in November and Chicago Dramatists in December.

“But first, I needed to write with abandon. PDP allowed me to pour everything out, then wade back in and cut through the bramble … [The play] wouldn’t have happened without this process.” 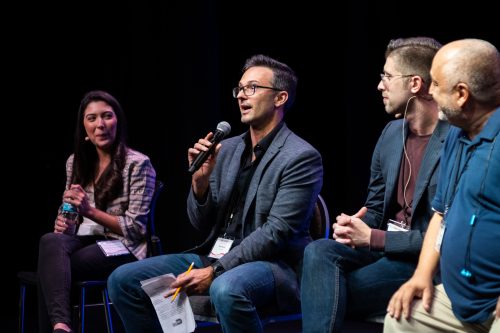 Playwright Israel Garcia, second from left, responds to a question about his play, “The Words of Dead Men,” after a staged reading at the Sandrell Rivers Theater. (Photo courtesy of Ryan Arnst)

Farr developed her plays “Cassie” and “The Gulf” (the latter about post-nuclear survivors in South Florida) during her time in PDP, and she’s now thinking the two scripts may become part of a trilogy (the third involves megachurches and a moon colony). From participating in the program, she says, “I’m less quick to make significant cuts early on until portions of the script have become erroneous. I let my characters surprise me.”

Montet’s play, about a first-time mother who escapes into a troubling fantasy world after giving birth, had been evolving over eight years before PDP brought it to fruition. It will get another major reading at 3:30 p.m. Jan. 4 during Theatre Lab’s New Play Festival on the campus of Florida Atlantic University in Boca Raton.

“’Overactive Letdown’ was nothing more than a few disconnected scenes and rough outlines when we began this PDP cycle. In addition, I crafted a second full-length script and six short plays, and completed two commissioned educational plays. It was, by far, the most productive two years I have had as a playwright, attributable to the support and encouragement of the PDP and its members,” Montet says. “The opportunity to participate in such a dynamic, well-established program has opened up numerous opportunities for me as an artist and creator.”

The next group of four playwrights, to be announced in mid-November, will work with award-winning playwright Kia Corthron to bring eight more full-length plays into the world.

Of her group, Wilner says: “All four came in with distinct voices. But they became bolder, sharper versions of themselves.”

For more information on the Playwright Development Program, visit miamidadearts.org/playwright-development-program-pdp.