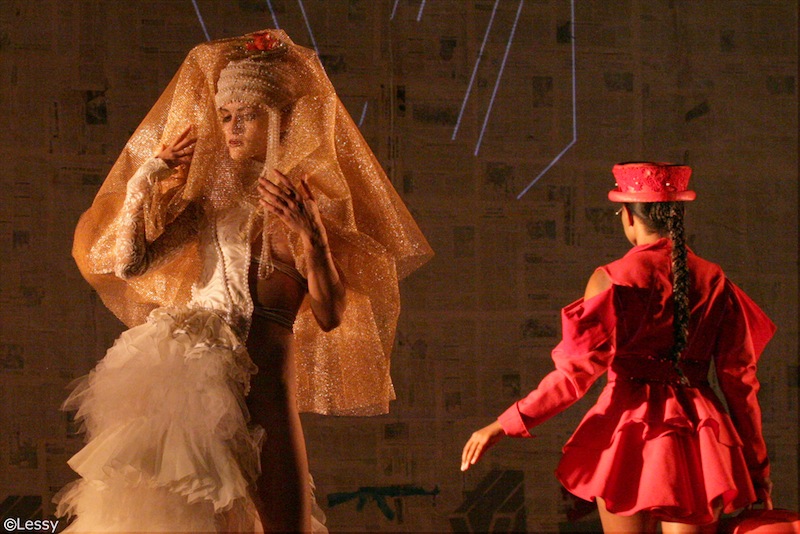 It’s been a long time coming. Miami’s Fundarte had planned to bring a searing production of Antigone, or more precisely Antigonon, un Contingente Epico (perhaps best translated as a really big, maybe the biggest Antigone ever) to town last year. Everything was in place. Except visas, for this is a production from Havana. But the visas are here now, and the internationally celebrated El Publico company will be performing next weekend.

The story line may be a classic, but El Publico’s founder and long-time director Carlos Diaz has built his reputation on re-imagining things traditional. Indeed, his company is nicknamed “the most irreverent on the island.” This production is a genre-bending collaboration with a number of Cuban artists beginning with dramatist Rogelio Orizondo’s script. But Antigonon arguably owes as much to the work of emerging Cuban artists working in dance, music and even cinema considering the production’s use of projected archival photographs and film clips. Let’s not forget the costumes. Wild and wooly — some reminiscent of the Tropicana. Some scantier still.

As one might expect with work out of Havana, metaphor is at the heart of the production. Let’s take a step back. Antigone is the story of two brothers fighting over a kingdom. The battle is terrible, and when it is over, the winning brother is cruel in his victory. He forbids the other the minimal respect due to him; there will be no burial. His body is left to rot until the brothers’ sister steps in. Soon still more hell breaks loose as even the gods urge moderation while the winning bro insists “my way or the highway.” Long story short: everybody loses, including the kingdom itself.

Sound familiar? Among much else, El Publico’s production includes guest appearances by José Marti and archival footage from the Stalin years in the former Soviet Union.

After a premier at the International Theater Festival in Havana, the company presented the work over a hundred times in theaters in the Vedado section of Havana. Each performance was sold out.

And this was tolerated by the state? “In Cuba, theater is more free than film,” says Ever Chavez, a Cuban native whose organization Fundarte is presenting Antigonon in Miami. “Even if a show has a long run and is sold out, far fewer persons will see the work. Film with its huge audiences has far more trouble. It is film that the authorities shut down in an instant.”

This is not the first time Fundarte has brought El Publico to South Florida. Most recently, last November in a collaboration with the University of Miami and the Miami-Dade County Auditorium, Fundarte presented Yellow Dream Road, another Carlos Diaz and Rogelio Diaz combined effort, this one focusing on the Miami/Havana affair.

Miami audiences may also remember the company’s reworking of another classic, Caligula, as well as their rendition of the Fassbinder film, The Bitter Tears of Petra Van Kant. The company also gave its particular twist to the Nilo Cruz Pulitzer Prize winning Anna in the Tropics.

If El Publico’s work is all about rethinking borders, so is Fundarte’s Ever Chavez. Small surprise since Chavez worked closely with Diaz for years in Cuba as the producer for El Publico. These days Chavez is busy facilitating more and more cultural exchange between Miami and Havana, including opportunities for Miami actors to train with some of the best of the island’s directors.

“A great deal of talent can finally come together,” he says.