Actors’ Playhouse Takes on ‘Carousel’ as the Musical for the Season 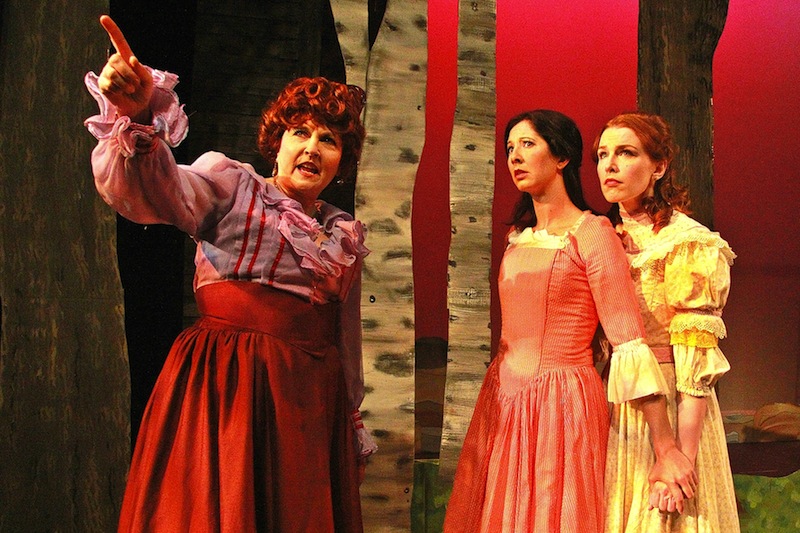 “Carousel,” which contains some of the most gorgeous and memorable songs ever written for a musical, may be a musical you’ve never seen, though it has been around since 1945.

The follow-up to “Oklahoma!,” Richard Rodgers and Oscar Hammerstein II’s hugely successful debut as a composer-lyricist team, “Carousel” requires a huge cast by today’s standards, an orchestra that can do that glorious music justice, a set that conveys multiple locations. The price tag for doing all of that impressively can be steep for a 21st century professional theater.

Nonetheless, Actors’ Playhouse at the Miracle Theatre in Coral Gables has taken on the story of the ill-fated romance between carnival barker Billy Bigelow and millworker Julie Jordan as its big musical of the season.In director David Arisco’s production, you can literally see and hear where the money went (and where it didn’t go). But the chance to experience a well-sung musical theater classic is a chance worth taking.

Based on Ferenc Molnár’s play “Liliom,” “Carousel” is set in a little Maine seaside town in the late 1800s.Julie Jordan (Julie Kleiner), her friend Carrie Pipperidge (Lauren Lukacek) and the other young women who work at the mill owned by Mr. Bascombe (Kevin Reilley) visit a colorful carnival after work, and it’s there that Julie spots Billy Bigelow (Michael Hunsaker), the handsome bad-boy barker who coaxes pretty girls into riding the carousel.

Billy loves his job – which pretty much involves nonstop flirting – but finds himself as drawn to Julie as she is to him. That doesn’t sit well with the carnival’s owner, the widowed Mrs. Mullin (Laura Turnbull), who obviously has a friends-with-benefits relationship with her significantly younger employee. As quickly as you can say “musical theater plot device,” Billy and Julie scandalously give in to their passion, lose their jobs and enter into an unhappy marriage. Many twists and turns lead to an ending that mixes melancholy with touching redemption.

Arisco has cast his production with actors who connect with and powerfully deliver a score overflowing with now-classic songs. Kleiner’s pure, sweet soprano voice and Hunsaker’s robust baritone deliver every bit of the longing and promise of “If I Loved You.” As Julie’s cousin and protector Nettie Fowler, Lourelene Snedeker makes “You’ll Never Walk Alone” not just a reassuring prayer but a confirmation of community.Lukacek, who has a beautiful voice perfectly suited to “Carousel,” is a funny romantic as she sings “Mister Snow,” and she and Mark Sanders as her ambitious, controlling beau create pure delight with “When the Children Are Asleep.”

Hunsaker, who looks born to play Curly in “Oklahoma!,” gets and vocally meets the challenges of the lengthy “Soliloquy,” the fateful song in which Billy imagines becoming a father. He navigates the character’s hot-headed surliness, delivers the show’s controversial example of domestic violence (a slap that “feels like a kiss”), and makes the requisite mess of his life and Julie’s. Yet in the balancing act of positives and negatives that make for a complex character, Hunsaker’s hunky Billy rarely risks tarnishing his leading man appeal.

Nick Duckart makes for a crafty villain as Jigger, the guy who leads Billy astray, while Peter Haig is folksy and wise as the Starkeeper.

Choreography is a major part of the storytelling in “Carousel,” particularly in the ballet danced by Billy’s unhappy teen daughter Louise (Alexandra Van Hasselt) and the character called Carnival Boy (Macia McGeorge). Ron Hutchins gets expressive work from the actors in that critical number, while in dance sequences featuring the large ensemble he evokes the robust athleticism of “Newsies.”

Musical director Caryl Fantel, who conducts and plays keyboards in the show’s eight-musician orchestra, could have used more musicians. Accompanying a cast of more than 30, the ensemble at times sounds thin (even sporadically out of tune) in playing a score that’s meant to sound lush.

Costume designer Ellis Tillman’s work is bountiful, beautiful and evocative of time and place. Tim Bennett’s sets, displayed in a proscenium frame resembling water-weathered wood, are the work of a fine designer who has had to make do with a far-too-modest budget. Lighting designer Eric Nelson and sound designer Shaun Mitchell help mightily to create the warm colors of “Carousel.”

Actors’ Playhouse, the winner of dozens of Carbonell Awards and one of South Florida’s musical theater powerhouses, has earned an ardent fan base. “Carousel” will likely please those folks as well as anyone who appreciates fresh productions of great classic musicals. But if all the elements were as successfully realized as the performances and costumes, Actors’ “Carousel” might have been a production for everyone to treasure.