A Shakespearean Rock Show Fit for a Queen 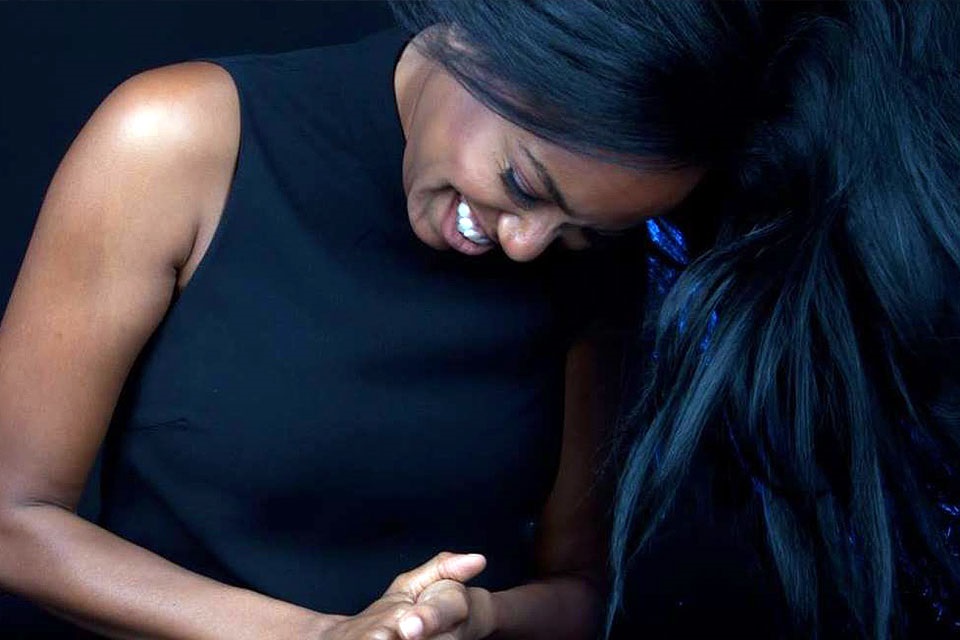 “What happens when a woman tries to rule the world?” This is one of the questions playwright-actor-musician Whitney White poses in “By The Queen,” her musical adaptation of a Shakespearean theme through the persona of Queen Margaret of Anjou. In a recent interview she readily acknowledged that “I’m not the only one interpreting Shakespeare through a contemporary lens,” but in this second of four one-hour plays that investigate his women, she stakes claim to her own voice.

White is currently profiting from a residency at Miami Theater Center’s Sandbox to extend her command of the “concert-play” form: an intimate blending of theater and music.

The story is complicated in plot, but simple in theme – and timeless. It’s a contest of power among ambitious “noble” men and women, who encircle a pious, but weak King Henry VI, and attempt to influence or usurp his reign.

In brief, Margaret, a French King’s daughter, is wooed and “bought” by Henry’s emissary, the Duke of Suffolk, to come to England and become queen. She assents, kissing Suffolk – as Henry’s proxy – and declaring “A pure, unspotted heart I send the king.” This avowal blossoms into a lusty duo rendition of Janis Joplin’s “Piece of My Heart.”

En route to the English court, she fantasizes about her “hubby to be – the king of f****ing England!” Saucily strutting about the spare, red-lit stage, she sings, “I just imagined him in charge of everything, sitting on the throne.” A king like that has got to be hot, right?

Little does she anticipate, King Henry will prove a dud, falling far short of his delegate, the (unfortunately, already married) Suffolk.

Her disappointment with “a sad, shy, kinda crazy guy…. afraid of everything” contrasts with her passion for Suffolk, who is also her co-conspirator in vanquishing threats to the king – and herself. And enemies circle like vultures.

Whether wistful, ironic, conspiratorial or sorrowful, White and Finn’s readings of Shakespeare’s lines are nearly always effective and affecting, but the best treats are the contemporary lines that connect the play’s vignettes. For example, during one of their many intimate subterfuges, Margaret confesses, “Alright, just when we were getting to the good part of plotting and scheming, in walks my husband and half of those people I was just talking about – those people on my s***t list. In particular was Miss Thang, the Duchess. And, ok, yeah, I had a moment.” Her growling delivery drips with Chicago street attitude.

Crucial to the performance’s success, White and Finn intersperse both Shakespeare’s and White’s lines with soulful duets they deliver in matching strengths. The love, rage and despair (mostly the latter two) are powerfully amplified by Finn’s piercing guitar in duets like Willie Mae Thornton’s “Ball and Chain,” popularized by Janis Joplin.

Something grabbed ahold of me,

Later, as Margaret mourns the loss of her son, Edward, a poignant rendition of “Summertime” serves as her lament.

A red gel lighting effectively emphasizes the hot emotions that punctuate the drama, although additional fixtures might allow more nuanced effects and could better balance the clothes and skin tones of Duke and Queen. Similarly, a boost of Margaret’s audio levels and articulation could help the intelligibility of her spoken lines, specifically when she “competes” with Finn’s powerful guitar passages.

As tragic losses cultivate wisdom and resignation, she reflects, “All I tried was to have it all.” This is part of White’s shared ambition too. How far can a woman go? What boundaries can she push?

A week into the residency, director Caitlin O’Connell’s proposed script and staging revisions have been effectively absorbed into successive rehearsals and performances. It’s clear that this young cadre of dramatists is as ambitious as the characters they’re presenting here. Fortunately, absent the ruthlessness!

Collection of short plays will be presented through Jan. 3 in six storefronts along Lincoln Road.
Continue Reading

‘Ya Habibi, The Story of a Song,’ the music that unites...

A sign of pandemic times, this year’s hybrid format will consist of an abbreviated live screening schedule and virtual offerings of films from more than 30 countries.
Continue Reading