A New Take on Tennesse Williams in ‘Two-Character Play’ 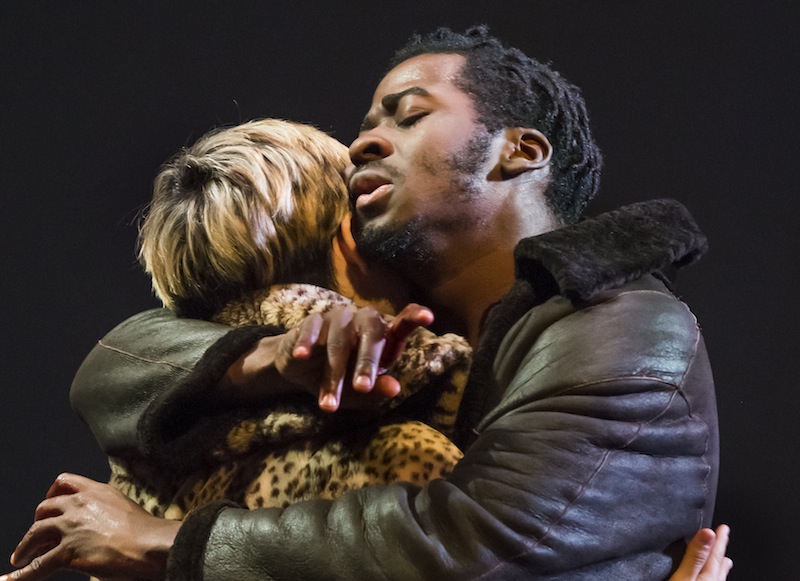 Playwright Tennessee Williams left his fraught family history, his prodigious talent and his inner demons as an artistic legacy in some of the American theater’s greatest works. You know their titles: The Glass Menagerie, A Streetcar Named Desire, Cat on a Hot Tin Roof, Night of the Iguana, The Rose Tattoo, Sweet Bird of Youth.

He also left a script called The Two-Character Play (originally titled Out Cry), a more stylistically experimental piece that took him years to write and rewrite. That one is a minor Williams work, but it is now getting a creatively daring production on the main stage at Miami Theater Center (MTC) in Miami Shores.

The play unfolds in an unsettlingly empty theater, where touring actors who happen to be brother and sister have been abandoned by the rest of their company. Felice (Edson Jean) and his sister Clare (Shira Abergel) are still expecting an audience and (horrors) the press, so Felice insists they perform his still-unfinished work, The Two-Character Play.

Clare, who has a not-so-small problem with pills and booze and her bossy brother, resists. But as in so many things, Felice dominates, so the play-within-a play – a piece that is thematically far more typical of Williams – begins.

In staging the play, director Stephanie Ansin and her creative collaborator Fernando Calzadilla (set, costumes and lighting) make inventive use of the MTC space, which is also home to O Cinema Miami Shores. Once the play starts, for the first 20 minutes or so, the screen where movies are shown remains down, and video images from multiple cameras are projected onto it. We see and hear Felice and Clare interacting, but the effect is eerie and isolating.

Many of the seats in the audience chamber are covered with tarps, the lighting is low, and there’s the slightest hint of a musty odor. Though MTC is a busy, thriving theater complex, Ansin and company create the illusion of a little-used theater that will soon become a prison to the tormented, codependent siblings.

In casting New World School of the Arts grads Jean and Abergel as Felice and Clare, Ansin has gone the non-traditional route. Jean, winner of the Project Green Light digital series competition to develop the web series #Josh with Joshua Jean-Baptiste, is a black actor. Abergel, winner of a Knight Arts Challenge grant to create a traveling theater wagon, is a white performer.

Both are powerful actors, alternating between their roles as the abandoned performers and as the southern characters in the play-within-a-play. That damaged duo, reclusive since the murder-suicide of their parents, contains echoes of other Williams plays – and of the playwright and his beloved sister Rose. Jean and Abergel explore the tensions and violence in the brother-sister relationship as well as the protective tenderness.

The Two-Character Play may leave fans of Williams’ justifiably better-known work disappointed. Two older women in my audience pronounced it “terrible” (I disagree). If you’re adventurous like Ansin and her actors, you can judge for yourself through April 24.