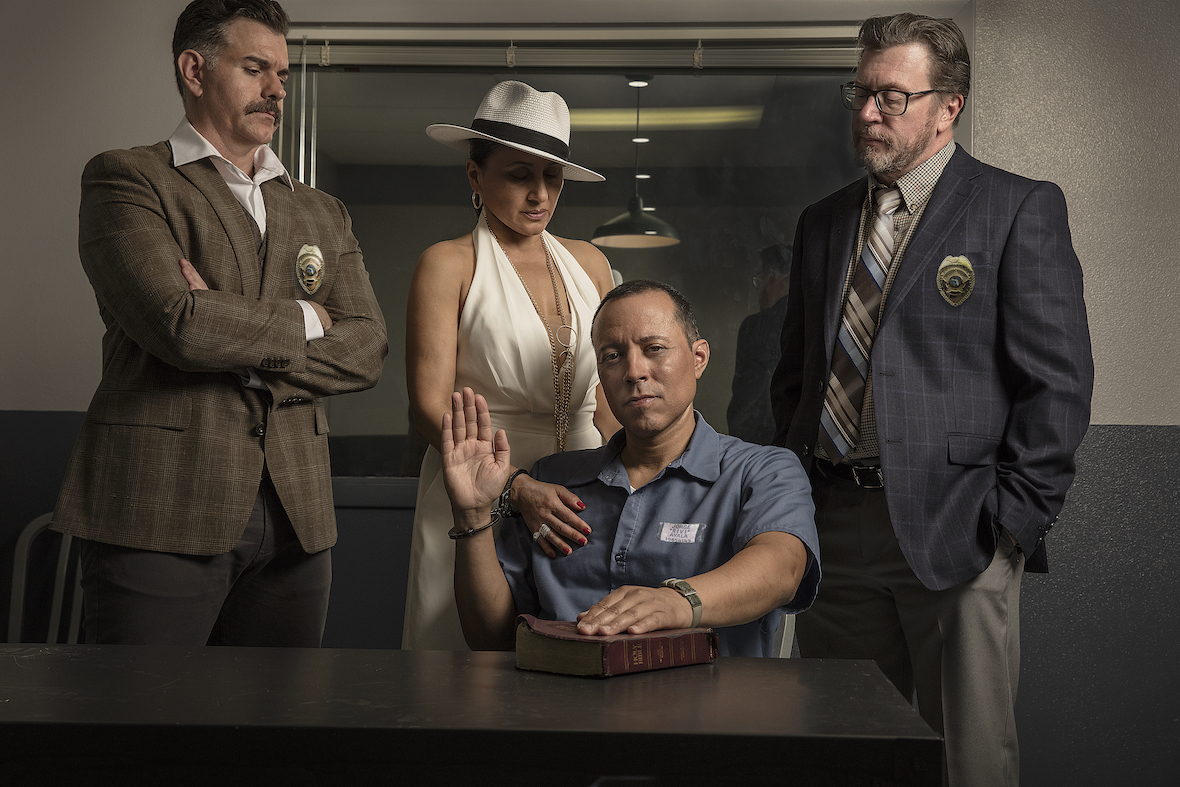 Just two years later, another kind of snowstorm was raging in the Magic City, as Colombian cocaine imported by Griselda Blanco — known variously as “The Godmother” and “The Black Widow” — fueled a savage shoot-’em-up crime wave by the ruthless assassins who became known as Cocaine Cowboys.

Jorge “Rivi” Ayala was one of them, pressed into Blanco’s service as a hit man after he unwittingly helped botch a 1981 shootout by her crew at a nightclub on Coral Way. With the exception of his murder victims, who reportedly numbered somewhere in the vicinity of three dozen, most people first encountered Ayala in the 2006 Billy Corben-Alfred Spellman documentary “Cocaine Cowboys.” In a prison interview — Ayala, now 54, is currently housed upstate at Hamilton Correctional Institution in Jasper, where he is serving a life sentence for three murders (though he’ll get his second shot at parole this year) — he calmly talks about his wild years with Blanco and some of the gruesome crimes he committed at her behest.

Now, Ayala (or an artistic interpretation of him) is about to resurface as the main character in the Miami New Drama world premiere of “Confessions of a Cocaine Cowboy.” Written by Corben and Aurin Squire, a playwright and screenwriter who grew up in Opa-locka, the play will have extended previews March 7-15, then open March 16 for a run through April 7 at Miami Beach’s Colony Theatre.

Corben, whose Rakontur production company is based on Lincoln Road not far from the Colony, was matched with Squire by Miami New Drama co-founder and artistic director Michel Hausmann, who is directing “Confessions of a Cocaine Cowboy.”

A graduate of the New World School of the Arts high school and the University of Miami, Corben — whose documentaries “Magic City Hustle” and “Screwball” were screened during the 36th annual Miami Film Festival running through March 10 — was asked by Hausmann what he was interested in doing next.

“I was bullish on working with a local writer. Michel said, ‘I know just the guy.’  He sent me Aurin’s play ‘Defacing Michael Jackson.’ And I discovered that he writes plays about Miami but has never been produced here.”

Squire, an award-winning graduate of Juilliard’s playwriting program, worked as a story editor and writer on the first season of “This Is Us,” and has done other television writing. He has also had a number of plays produced in New York, London and elsewhere, as well as working as a journalist and a writer on multimedia projects.

“I read Rivi’s deposition [more than 1,300 pages detailing his activities with and for Blanco]. I went through records. I watched video. I would send Billy notes,” says Squire, whose work helped infuse the “Confessions of a Cocaine Cowboy” script with dark humor.

Hausmann, who is producing the world premiere with the help of a $150,000 matching grant from the Knight Foundation, says that over the past two months, the script has undergone a tonal shift.

“It’s funnier now, more irreverent,” he says. “Yes, there are guns in the play. It’s important not to downplay the violence and bloodshed. Two murders take place during the play, but they’re not as horrendous as the ones the character just talks about.”

The production stars Los Angeles-based Yancey Arias (“Queen of the South,” “Bosch,” “Kingpin,” “Lethal Weapon”) as Rivi, whom Corben describes as “omnipotent and timeless” in the play.

Corben is, quite vocally, not a fan. But Hausmann argues he’s fair.

“Here’s why Billy’s a good artist. It’s clear how he feels about her, but he’s fair to her onstage. Everybody gets to be right about something,” Hausmann says. “This is a poignant piece. It’s not propaganda. It’s a work of art, a world-class play.”

Arias, who has appeared on Broadway in “Miss Saigon” and the Michael John LaChiusa-George C. Wolfe version of “The Wild Party,” thought so much of Corben and Squire’s script that he left Los Angeles in the middle of pilot season to do a play in Miami.

“I went through it one time. That’s all it took,” Arias says. “I said to my wife, ‘It’s been a minute since I’ve done theater.’ I wanted to come back in a piece that really resonated with me.”

In researching Ayala, Arias came to the conclusion that the hit man has a “scary” intelligence and that his redeeming quality was his love for his children. The version of Rivi in the play is charming, seductive, calculating and frightening. Sometimes, he walks into the audience.

“We want to keep people excited and on the edge of their seats,” Arias says.

Mendoza has the challenge of playing the show’s disparate women, though Corben says he sees Kathy and Griselda as “two sides of the same coin.” At one point, the actress transforms herself from Kathy into Griselda as the audience watches.

In her research, Mendoza read everything she could find on Blanco, who was murdered in Medellín in 2012 by a motorcycle-riding assassin in the kind of hit she had so often orchestrated. She watched interviews given by Blanco’s only surviving son, Michael Corleone Blanco (named after the “Godfather” character), as well as assembling a photo book of pictures of the Godmother, studying her neighborhood and the particular accent of the people who live there. She also read about and studied video of several women on whom the Kathy character is based, including Fernandez Rundle.

“At this point in the process, since I am approaching this as an actor, I see both women as mothers. They are both ambitious, highly gifted in their vocations and have made very difficult decisions in their lives,” Mendoza observes.

Richberg, whose varied acting résumé at Miami’s Zoetic Stage includes Harold Pinter’s “The Caretaker,” Stephen Sondheim’s “Passion” and his Carbonell-nominated performance in “Fun Home,” is playing a Latino character and speaking Spanish onstage for the first time in “Confessions of a Cocaine Cowboy.” But the Miami native says Diaz isn’t the huge stretch the character might seem.

“My mother was born in Cuba, and my father was a city of Miami police officer for 25 years, so I guess the research for this role was in my DNA. Because of my dad’s work, I grew up probably too aware of many of the themes of the play,” Richberg says.

New plays, he says, are his passion: “I love originating a role and helping to shape it. It was also appealing to do something so relevant and quintessentially Miami.”

Anthony, who previously appeared in Miami New Drama’s multicultural “Our Town,” says he and Richberg are “working on a sort of intercultural good cop-bad cop dynamic, which Yancey’s character picks up on immediately and proceeds to exploit to his benefit. Or perhaps just for his own amusement.”

Corben is upfront about his hopes for “Confessions of a Cocaine Cowboy.”

“I think we can make this a kind of back-door pilot for a movie or dramatic series,” he says. “It’s almost a premade package for Netflix. It’s a very different take from the Lifetime movie [starring Catherine Zeta-Jones as Blanco] or a telenovela.”

As for the resonance of a play about the Cocaine Cowboys era in 2019, the playwrights, actors and Hausmann believe the script has plenty to say about some of today’s most critical issues.

“When you take out the drugs and the money, you have immigration, children and gun violence,” Corben says.

Mendoza adds: “The United States is in this giant loop. We have a sort of amnesia when it comes to how violent this culture really is and how much we rely on a war mentality to keep the status quo as the strongest and one of the most privileged countries in the world. And as we have become more heavily armed, and as access to militarized weaponry is made readily available to all citizens, we witness the erosion of civility.”