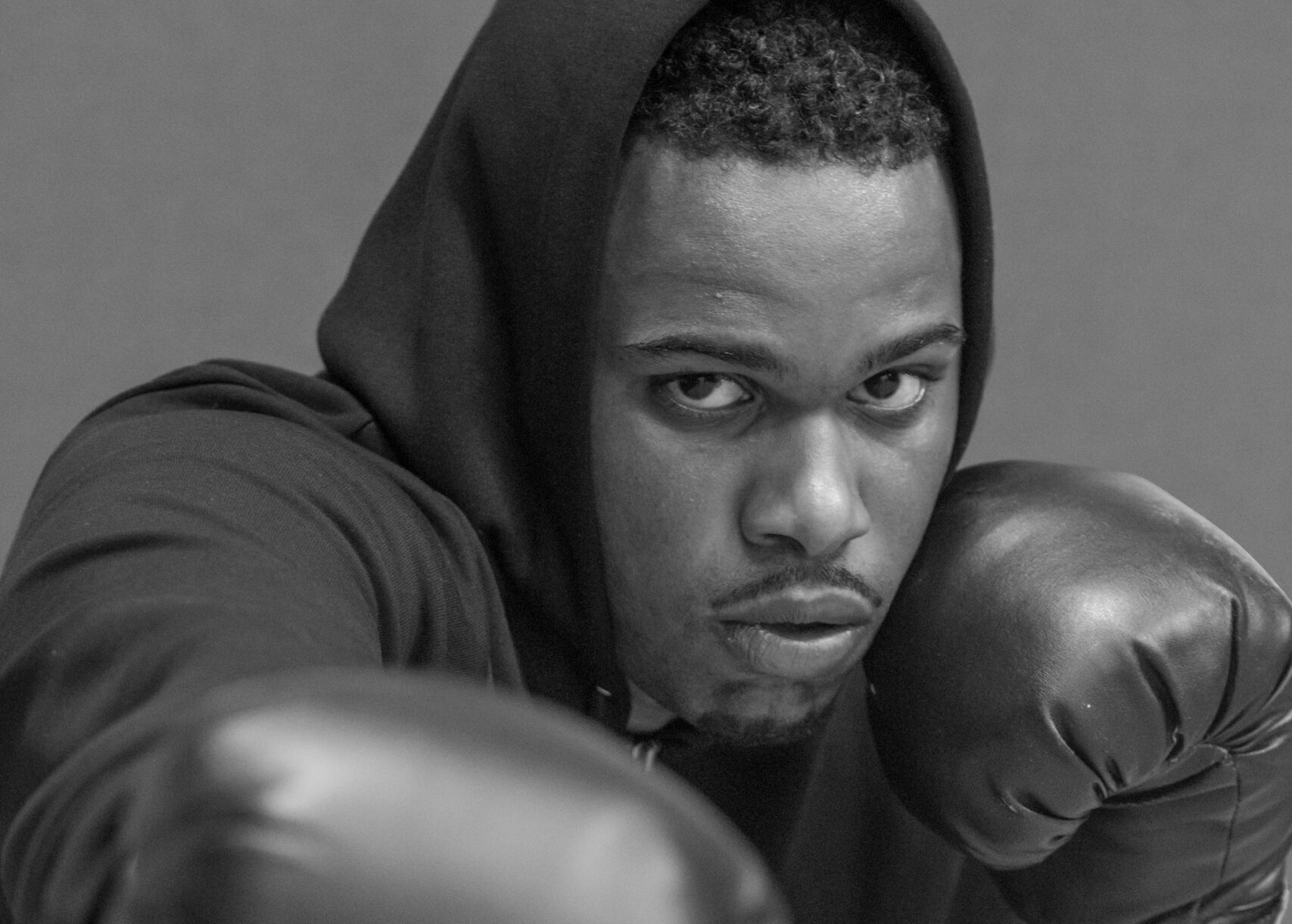 Brett Neveu’s “The Opponent” is a two-character, one-set play about an on-the-rise boxer and his sometime trainer.  The show would seem relatively simple to produce, but as the saying goes, appearances can be deceiving.

The 2012 drama by the Chicago-based Neveu is the first post-pandemic professional theater production at the African Heritage Cultural Arts Center (AHCAC) in Liberty City. 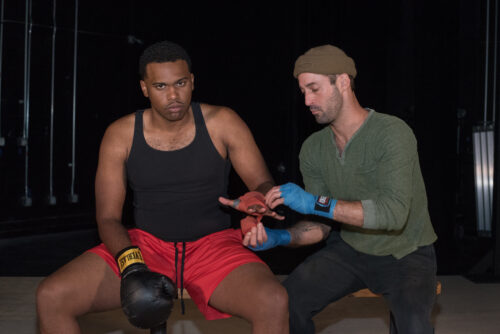 The facility itself is looking better than ever, thanks to an array of improvements and a variety of new equipment. And the return of drama to its Wendell A. Narcisse Performing Arts Theater is an enriching facet of AHCAC’s extensive programming.

At Tre’s bare-bones gym in Lafayette, Louisiana, Donell is nervously getting ready for his third professional fight. If he beats successful boxer Jasper “Jas” Turner Dennis at their bout in New Orleans that night, Donell believes, he’ll be on his way to the career and lifestyle of his dreams.

What the older Tre communicates as he puts a jittery Donell through his paces boils down to this: not so fast.

Tre, an ex-boxer whose Louisiana accent is as pungent as the Café du Monde’s chicory coffee, has been there, done that and has the scars (physical, emotional, mental) to prove it. He knows that dreams of fame and wealth can be potent fuel for a fighter. But he also knows – too well – that reality can be far more bleak. 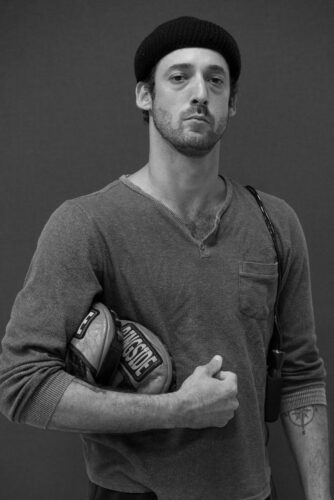 Tre pushes Donell to train harder and faster. Donell wants to hold back, save his strength for the fight.  As Donell punches against Tre’s hand pads – pow! pow! – the verbal jabs flow both ways.

Act II, longer than the relatively short Act I, jumps forward in time and finds both men changed. But those details are for audiences to discover.

As director, Williams had to draw the performances he wanted from two actors relatively new to theater, but he also had to make the boxing moves and training look real, keeping them in synch with the dialogue.  He turned to athlete/coach  Bladamir Santos Laffita as fight coordinator, who makes sure the physical action is convincing and that only a couple of intended errant punches seem to land as they’re meant to.

Problematically, Neveu’s script is dense with dialogue and only sporadically engaging.  The playwright name-checks a string of boxers, but those names fly by almost unintelligibly pronounced rendering them meaningless.

Myers and Galán communicate the complexities of their characters’ shifting relationship.  Friendship and mentorship figure in, sure, but so do disappointment and betrayal.  Myers has a presence and conveys the cockiness of youth, while Galán’s world-weariness helps make Tre’s diminishing life more moving. 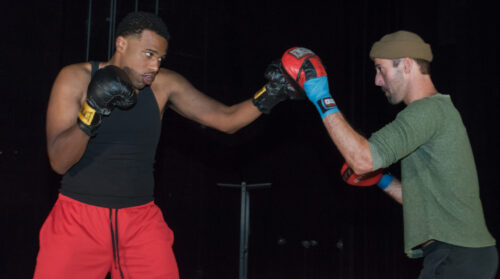 Kedar Myers (left) and Enrique Galán square off in “The Opponent” at the African Heritage Cultural Arts Center. (Photo courtesy of Leesa Richards)

Jade Mesa’s minimalist set is basic — the boxing ring with some benches and equipment placed around it. Lighting by Guy Haubrich and technical advisor Dudley Pinder brings the two men into sharp relief against the black velvet curtains that line the Narcisse Theater’s walls.  Sound designer James Mungin II and costume designer Jacquelin Hodge contribute to the verisimilitude of the gym environment.

Next up in the AHCAC’s professional theater series is a production of Lynn Nottage’s powerful Pulitzer Prize-winning 2009 play “Ruined,” which will run Feb. 22-March 19, 2023.  The drama about the lives of women in the Republic of  Congo is larger in scale, more challenging to pull off and, simply put, a better work of theatrical art.  Even so, it’s good to have “The Opponent” heralding the post-pandemic return of another South Florida theater company.

WHAT:  “The Opponent” by Brett Neveu