Ihosvany Rodriguez and Gretel Batista are seen here during one of last year’s performances, without a public, at The Fillmore Miami Beach at the Jackie Gleason Theater. (Photo courtesy of Simon Soong)

The XXVI International Ballet Festival of Miami is more expansive than ever, with an encompassing three weeks of dance and events running through Sunday, Aug. 15. Expect classical and contemporary performances, a book launch, art exhibit, film series, plus numerous free activities, a summer dance intensive workshop, as well as indoor and outdoor events that invite public participation.

“This year, thankfully, we have the chance once again to be back in theaters,” says Eriberto Jimenez, director of the festival and artistic director of the Cuban Classical Ballet of Miami.  “We found seven wonderful venues, some of which are new to us. I thought we would also take some activities outside to be accessible to everyone.”

Six dance films will be shown outdoors, free of charge, at two different locations. Additionally, one special documentary by Cuban director Miguel Castanet will honor the late Pedro Pablo Peña, Jimenez’s predecessor and mentor. Castanet was fortunate to have interviewed Peña before his death in March 2018 — and the resulting documentary, “La Amable Euforia de la Danza” (“The Kind Euphoria of Dance”), will be shown publicly in Miami for the first time after garnering awards worldwide. Playing at the Sanctuary of the Arts in Coral Gables, it highlights the founding of this popular Miami festival, as well as of the Miami Hispanic Cultural Arts Center and the Cuban Classical Ballet of Miami.

On Sunday, Aug. 1, local dance students and participating studios and artists will converge at Bayfront Park for the IBFM First Dance Marathon.

As part of the festivities, a “Life for Dance Award” statuette, created by Mexican artist David Camorlinga Tagle, will be presented this year to Miami City Ballet (MCB) artistic director Lourdes Lopez. Not only was Lopez a principal ballerina with the New York City Ballet, but the Miami resident has built MCB to be a major classical company that is recognized throughout the world.

Among all the periphery events taking place throughout South Florida, the highlights of the festival, of course, are the dance performances. 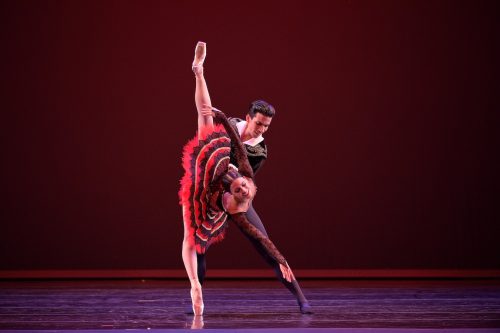 The second week will feature four contemporary performances — presented throughout Miami-Dade and Broward counties — by a mix of companies from Miami and New York City, and from countries such as Colombia and Switzerland.

The final weekend of performances will include the much-anticipated Etoiles Classical Gala and Gala of the Stars, presented by 10 international groups from throughout the United States and Austria, Colombia, Brazil, Mexico, Germany, Italy and Slovenia.

Representing the United States, and uniting with the international groups, will be dancers from the San Francisco Ballet and United Ballet Theatre in Orlando. Audiences will see the familiar faces of returning dancers from Milwaukee Ballet, Marize Fumero and Arionel Vargas, and from The Washington Ballet, Katherine Barkman. 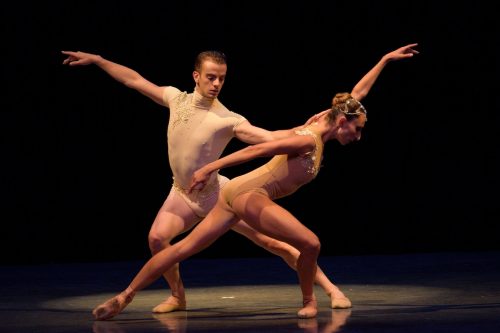 Lyric Dance Co. from Italy will offer a virtual performance as part of the XXVI International Ballet Festival of Miami. (Photo courtesy of Simon Soong)

The local organizations participating in the festival are MCB, Dimensions Dance Theatre of Miami, Arts Ballet Theatre of Florida, Dance Now! Miami and, of course, the Cuban Classical Ballet of Miami.

“I hope that the festival continues to grow, is more inclusive, and that we can open up to be more accessible to audiences,” Jimenez says. “If you don’t get to see the art, the dance, how can you know what it is?”

Having spent a year presenting performances virtually, Jimenez plans to continue giving viewing opportunities by streaming some performances online. IBFM performances will be available through the website or the Facebook page.

The XXVI International Ballet Festival of Miami is taking place through Sunday, Aug. 15, at indoor and outdoor locations throughout Miami-Dade and Broward counties. Prices vary. For a schedule and more information, visit Internationalballetfestival.org.