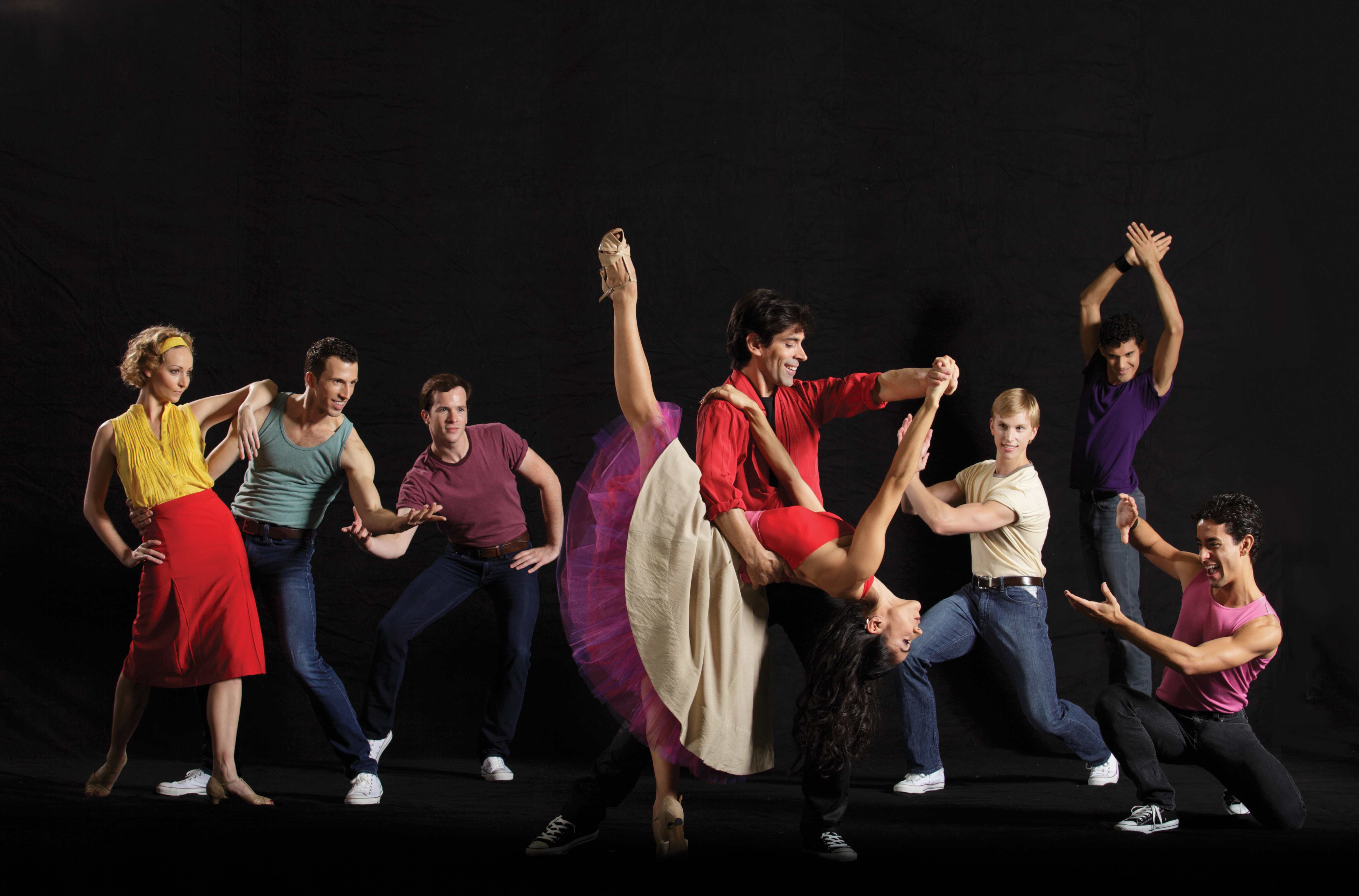 Known for its strength and versatility, Miami City Ballet will flaunt a new set of skills this Friday as the company debuts its world premiere of Jerome Robbins’ West Side Story Suite. In addition to tackling Robbins’ dazzling choreography, several dancers will also sing. Yes, ballet dancers will sing.

Not to be confused with the Broadway musical that Robbins collaborated on with Leonard Bernstein in 1957, West Side Story Suite is a ballet with singing roles. In 1995, Robbins synthesized and updated the original, but the essence lives on. Maria and Tony are still two star-crossed lovers and rival gangs, the Sharks and the Jets, still rumble. We spoke with MCB soloist Sara Esty and guest artist Jeremy Cox about the challenges of preparing to sing and dance. Esty plays Anita, Maria’s sassy, sultry best friend. Cox plays Riff, leader of the Jets and Tony’s best friend.

Q: Tell me about your vocal training and experience singing.

Sara Esty: I started singing in the school chorus at a very young age, and developed a real love for it throughout the years. My sister and I joined the chamber choir in high school and did many of the musical productions in high school as well.

Jeremy Cox: I left MCB in the spring of 2009 to try different styles of dance and landed a role in Twyla Tharp’s Broadway show Come Fly Away in the winter of 2010. Since then I’ve been touring with her show….Even though I was on Broadway I wasn’t required to sing and I’d never taken singing lessons, so this will be my singing debut.

What is the biggest challenge of performing West Side Story Suite?

Esty: The biggest challenge for me as Anita would probably be trying to transform myself into a strong, confident Latina woman when I am really a somewhat shy girl from Maine! I do admit I can be loud at times when comfortable, but trying to connect personally with the character has been a bit of a challenge. As rehearsals go on, however, I find myself more and more comfortable with her. I can’t wait to see how she turns out.

Cox: I believe the hardest part of this role other than finding how to portray his feeling and mannerisms, is the courage to get on stage and sing the solo to “Cool.” Usually for ballet dancers it’s very uncomfortable to speak let alone sing on stage since we’re so used to telling the story with our body through movement and mannerisms.

How are you preparing for this role physically and vocally?

Esty: We are lucky enough to have a principal conductor by the name of Gary Sheldon who also is doubling as a vocal coach. He worked closely with Rita Moreno on Master Class, so he has been very helpful. We have been singing almost every day, working on how to make our accents better, and making sure our notes and projection are strong. It is tough, though. Singing and dancing may look easy, but the stamina required is intense! We have tried jogging and then singing; dancing to get our heart rates up and then trying the songs…

Cox: Working with Sheldon for the past couple of months has helped me gain the confidence to overcome the anxiety and complete the tasks required of this new and exciting role.

Do you consider Suite more of a theatrical challenge as compared to the Balanchine repertoire?

You have to become [your character] from the moment you step foot on that stage until it’s over. Of course Balanchine rep takes commitment of the same caliber, but it’s more about the music and execution of the steps, whereas West Side is mainly about the story and characters. It is amazing that we get to have one of each in Program III — we will be Balanchine dancers in a black leotard, high bun, pink tights and pointe shoes for Episodes, then have a complete transformation into high school kids having fun at a gym dance and singing our hearts out in West Side. In my opinion, this program is the best of both worlds.

Cox: The difference between West Side Story Suite and a lot of Balanchine’s work is West Side is more about portraying the characters than the actual dance steps, where Balanchine is usually focused on the choreography. To help make the characters real, [MCB director] Lourdes Lopez is insisting that no Shark talk to any Jet and vice versa. Also no Shark or Jet will share a dressing room for the whole program. She wants us to not only portray these gangs, but also believe and feel the hatred and loathing that they have for each other.

A version of this preview also appears in Miami New Times.