Urban Dance Mashes it up with Classical for New Cultural Connection 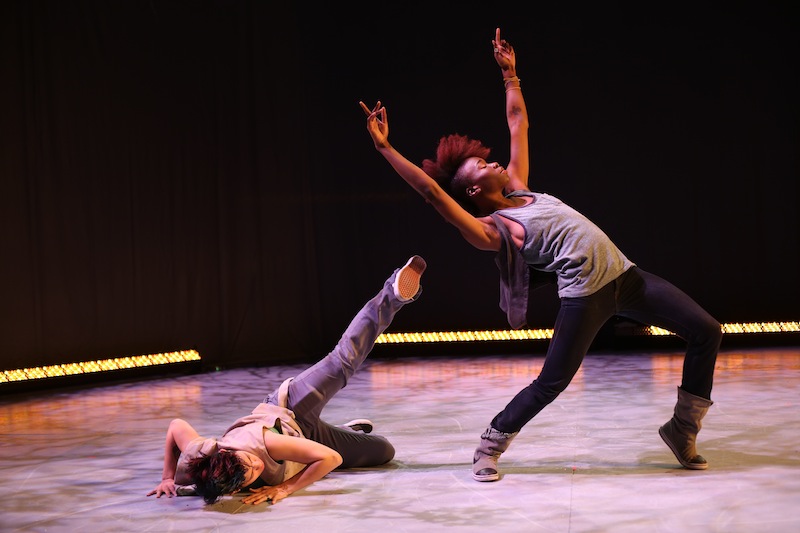 What happens when urban dance style meets classical music? We’ll find out when Brooklyn-based hip-hop dance troupe Decadancetheater takes the stage, backed by Miami’s own experimental classical company Nu Deco Ensemble. The collaboration, “The Vivaldi Project ‘4’” makes its world premiere at the Arsht Center for the Performing Arts this Friday.

Decadancetheater artistic director Jennifer Weber is no stranger to classical music. She did get her start on the nightclub dance floor, but she has since developed into a creative and award-winning choreographer for the stage. In 2004, Decadancetheater performed her genre-blending “Decadance vs. the Firebird,” set to Stravinsky’s classical score. And the company recently toured with “The Hip Hop Nutcracker,” a show that made a stop through Miami in 2015.

Now, Weber has teamed up with Nu Deco Ensemble co-artistic director Sam Hyken, a local composer who is also known for shaking up conventions. Nu Deco often works with artists of other media, producing hybrid performances with eclectic musical scores.

Weber and Hyken are a good match. Together, they were commissioned by the Arsht Center to produce a new dance and music work. They describe the result as “a collaboration in the visualization of music.”

Alongside “The Vivaldi Project ‘4’,” the two groups will join together to perform Stravinsky’s “The Firebird” and Nu Deco also performs Bach’s “Toccata y Fuga.”

We spoke with Weber a few weeks before the show, to get an inside look at “The Vivaldi Project ‘4’” and the process of building the piece.

How did you end up working with Nu Deco?

I was at the Arsht Center and I was talking to Liz [Wallace, Vice President of Programming], telling her about some of my dream projects. I said one of them was with an orchestra. And she was like, “you have to meet Sam Hyken.” She was so right — it was a click in terms of our vision about art, about fusion, about pushing genres forward. Everything that Nu Deco does—it’s so similar to what Decadance does. We just work in different media.

How has the collaboration process been?

It’s been an amazing experience, because it’s very rare that you get to work so closely with the composer of a brand new work, and you get to influence each other. There have been so many times in this process where I’ve had some crazy idea about something I want to do on stage. I’ll talk to Sam about it and he’ll get really excited and make something. Other times, he’s like, “you know what, it would be so cool if musically this happened, so the dancers could do something like this….” Even though we don’t necessarily speak the same language, we’re totally able to understand each other and inspire each other’s work.

What’s the relationship between the Nu Deco composition and Vivaldi’s original music?

Decadancetheater had done a shortened version of the original “Four Seasons.” I always wanted to build on it and make it stronger. So the piece Sam has created is sort of a mix. Vivaldi’s “Four Seasons” is obviously broken up by the seasons. Within each season, there are three movements. There are a few movements within the piece where we do the original Vivaldi. And then there are movements that are really in Sam’s world. What’s so cool is how seamlessly they come together. The piece is a mix of old-school and new-school.

What about hip-hop music?

There is definitely a hip-hop vibe in it. There’s one movement where Sam got to collaborate with our DJ, whose name is DJ Boo — he’ll be playing on stage with Nu Deco as well, so it will be the orchestra plus the DJ. There’s one movement that Boo and Sam actually collaborated on. Boo took the original Vivaldi and cut it up like the way a DJ would cut it up. And then Sam took that file and orchestrated it. It’s been a really cool three-way collaboration.

What kind of movement are you using for this piece?

I’m working with a cast of six unbelievably brilliant hip-hop dancers for this project. These girls are all specialists in different hip-hop styles. Hip hop is an umbrella term, both in terms of hip-hop culture, which is the five elements of hip hop: DJ’ing, breaking, graffiti, MC’ing, and also knowledge. But even within hip hop dance, you have breaking, you have popping, you have locking, you have all these different styles. The dancers I’m really drawn to as a director and choreographer are dancers who are amazing at those old-school authentic hip-hop styles.

It’s really based in the roots of hip hop. Every day I watch these girls do all this crazy stuff and it blows my mind. It’s very rare you see girls break with this much power. Especially with a live orchestra.

WHAT: The Vivaldi Project “4”

WHERE: The Arsht Center for the Performing Arts