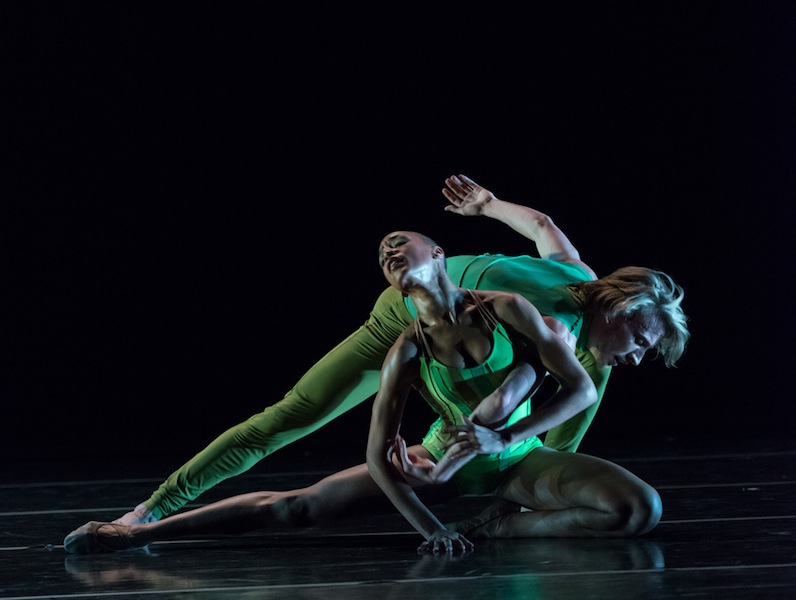 TU Dance, a 12-member dance company, will be performing for one night only on Saturday at the South Miami-Dade Cultural Arts Center. It’s a highly collaborative dance initiative, a company that routinely mixes up the idioms of classical ballet, African dance, modern dance and urban vernacular. Perhaps not surprising then, TU Dance is the child of two Alvin Ailey veterans, Uri Sands and Toni Pierce Sands.

But before Alvin Ailey, Sands was a little kid break-dancing on Miami streets and taking dance classes in Miami’s elementary schools. Fast forward: he was studying at the New World School of the Arts. Fast forward again and he was auditioning, one dancer among 70 others, for the single open spot with the Alvin Ailey Dance Company. “That was,” Sands says, “a pretty incredible day.” Then came years of dancing under the direction of Ailey muse and principal dancer, company director Judith Jamieson. “Ailey opened up a world in me that I couldn’t have guessed was there,” Sands says. “That’s what the Ailey Dance Company is all about.”

But there came a time he was ready for still more. “Thanks to Ailey, I found myself fascinated with the world that a choreographer is able to create.” And so TU Dance was born (the name comes from the first initials of the two founders).

Three of the four pieces that will be performed by TU Dance on Saturday night have been choreographed by Sands. They range from lighthearted — a duet that explores a fascination with some very high heels; to homage — to the more serious, a “thank you” to Henrietta Lacks, the Africa-American woman who unknowingly contributed to cell generation, in a dance that explores the medical ethics that gave us the HeLa cells. The third is an exploration of light and movement themselves, a collaboration with Hawaiian master wood block artist Hiroke Morinoue that includes considerable stagecraft. Over a dozen large panels seem to change color or even disappear as the dancers move among them.

The fourth piece in Saturday night’s repertoire is the work of Complexions Contemporary Ballet’s Dwight Rhoden, a choreographer Sands much admires. Sands describes the piece as a “shot out of cannon, an exploration of the extremes of classical ballet.”

What do the critics think of all this? Dance Magazine has high praise for TU Dance, especially since it is seemingly contradictory praise. “Buoyant energy,” the magazine raves and with nary a pause goes on to describe “Amazing grace.”

But let’s return to those high-heeled shoes, or rather the high-heeled duet. Sands and Toni Pierce Sands — the two are spouses — have created quite a stir when they’ve danced it. Will they be dancing together in Miami?  “That’s what my mother asked, “Sands says. “’Mom,’ I said, ‘I’m 40 years old. It’s time for other things.’”  She understood.

It was because of Pierce Sands that the couple eventually settled in the St. Paul/ Minneapolis area. Pierce Sands had grown up there, and much of her family remains in the area. The couple was encouraged by the community’s commitment to the arts. Still there were few dancers of color, few dance companies devoted to diverse voices, few dance schools setting out to ensure access to the complete community. Today, 10 years after the founding of TU Dance, its founders regard its mission, its school and its performances as inseparable.

And this Saturday night a Miamian returns to his home, with his own dance company, and in so doing reminds this town what is in its blood.