‘Tis the season for MCB’s ‘The Nutcracker’ 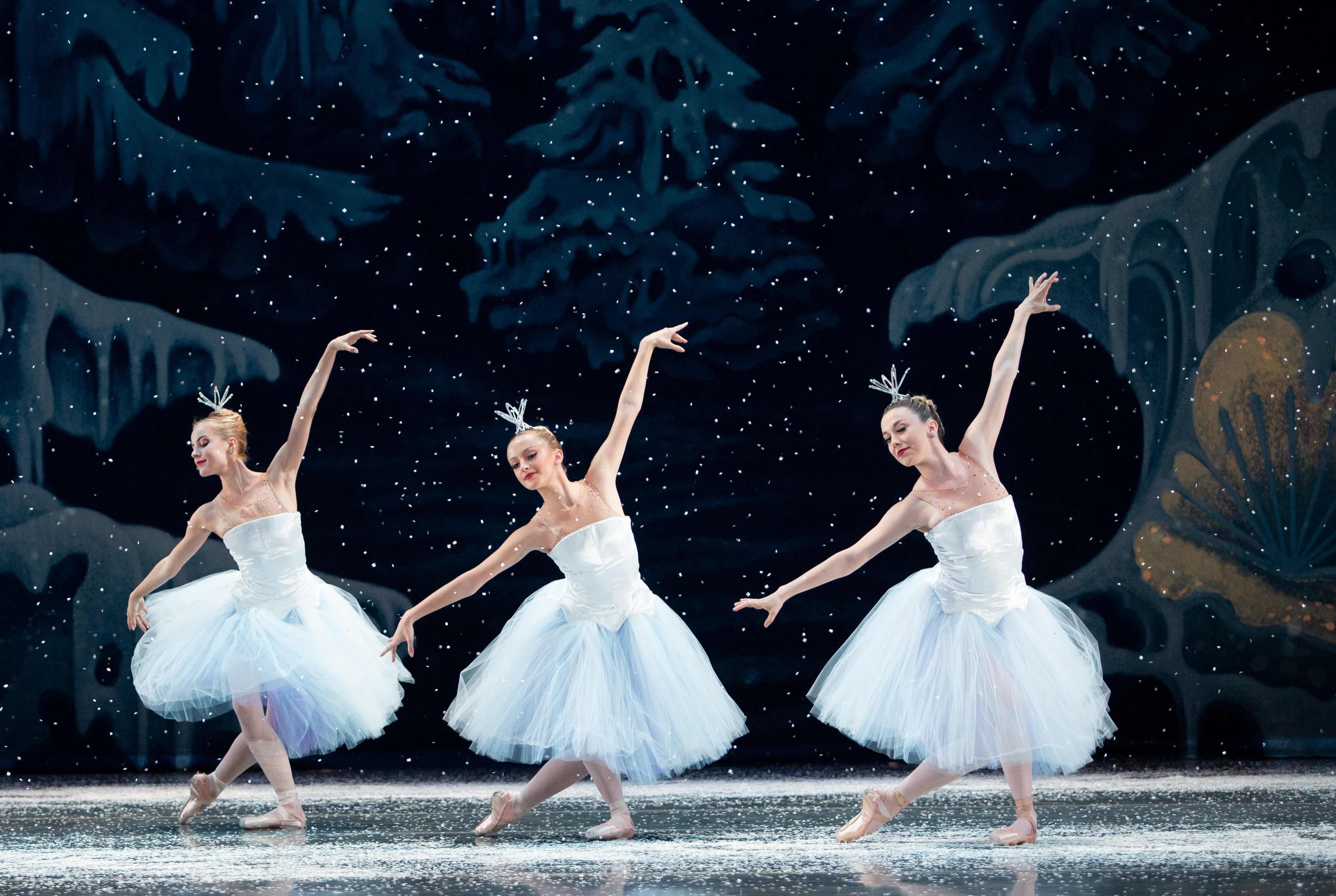 It wouldn’t be the holiday season without “The Nutcracker.” And Miami City Ballet didn’t disappoint, presenting the George Balanchine version at the Adrienne Arsht Center for the Performing Arts of Miami-Dade County on Dec. 13-15. Attendance was strong at the Friday opener and packed at the Sunday matinee – and both castings turned in strong performances.

In 2017, celebrated women’s bespoke designer Isabel Toledo and her husband, artist and illustrator Ruben Toledo, revamped the costumes and design elements of the MCB production. Toledo died in August, leaving behind a production that bubbles with embossed fabrics, surprising cuts of coat and dress, and happy juxtapositions of texture.

The costuming identifies Miami as a family of hues. For example, 7-year-old Dev Jones performed a Fritz most parents would fret over. Despite the crowd of Act I students, the purple jacket flaps of his periwinkle suit identified him instantly with the eggplant coat of on-stage father, Rainer Krenstetter (as Dr. Stahlbaum).

For both performances, Mia Zaffaroni charmed as Marie. The hints of gold in her wooly white dress anchored her visually to the gown of on-stage mom, Tricia Albertson (as Mrs. Stahlbaum).

So how were the performances of opening weekend?

Dominick Scherer as the Little Prince mimed a terrific Act II battle scene ending with a closing lunge any fencer would envy.

The dance of the Snowflakes began with shades of difference in spacing, alignment and timing in the groups of four. However, the final presto presented an impressive phalanx of 16 tightly coordinated dancers who sprang in pas de chat, drove forward in emboité, or bourréed into the closing triangle as one. 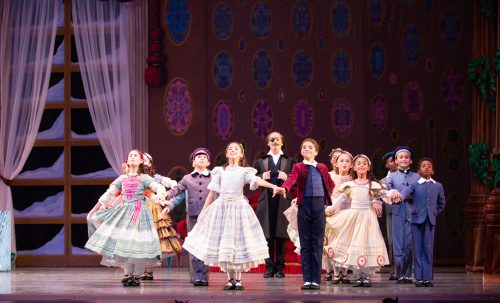 Miami City Ballet’s “The Nutcracker” continues with performances at the Arsht Center through Dec. 22 and at the Kravis Center on Dec. 27-29. (Photo courtesy of Alexander Iziliaev)

Key to Act II is the Sugar Plum Fairy. Play it too detached and distant, and the point of the Act – her presentation of the dance form’s youngest dancers – vanishes. Mixing older sister sensitivity with watchful teacher mien, Jennifer Lauren fully connected with the role’s double demand for accessible aristocrat and heart-stopping dancer. She worked wonders with the celesta’s uniform staccato, varying the accent of the phrase with the sweep of her arm or the turn of her head and with consistently gorgeous suppleness in the upper body.

On Friday and Sunday, demi-soloists Nicole Stalker and Chase Swatosh set the bar high in the dance of Hot Chocolate. The trumpet line flashed by in eighths and sixteenths, while the bass and cellos moderated beneath. The two dancers gave both registers their due, Swatosh adding flair to his final double tour with softly bent knees.

On Friday, Shimon Ito packed double tours and a pair of well-defined jeté cloche into 60 seconds before vanishing back into Act II’s most gorgeous prop, a black lacquer box stamped with a ruby face.

As lead Shepherdess, Ellen Grocki was spectacular on Friday, hopping in attitude devant and derrière. Both Friday and Sunday, Kleber Rebello brought impressive energy to the dance of the Candy Canes, but no less impressive were the younger dancers who flanked him: Renata Adarvez, Alina Besteman, Ilona Halloran, Sirja Joeveer, Paulina Luis, Sofia Osorio, Valentina Rodriguez and Daniela Yunis.

For both performances, the Dance of the Flowers completely disarmed. In sequence after sequence, the Flowers showed breathtaking coordination whether circling in bourrée or with a kick, reach and fold to the chimes.

Samantha Hope Galler and Emily Bromberg were terrific lieutenants to Ashley Knox, who on Friday dazzled as a gorgeously musical Dew Drop. On Sunday, 16-year-old Taylor Naturkas – a second-year MCB School student – was a surprising choice for Dew Drop, a role second only in importance to the Sugar Plum Fairy. Though she rushed some transitions, Naturkas shined with the precision she brought to the part and showed eye-popping strength in jetés.

For the dance of the Sugarplum Fairy and her Cavalier, lighting designer James Ingalls drenched the scene in cyan blue before shading it with the tones of a ripening mango.

Costumed in pale mint and white, Lauren and Renan Cerdeiro as her Cavalier brought the ballet to a powerful close. During their pas de deux, Cerdeiro provided terrific support in lifts — whether planting Lauren on his shoulder or pressing her overhead. Lauren made unsupported arabesques look effortless, and the Arsht stage seemed snug for Cerdeiro’s circle of jetés.

Miami City Ballet’s “The Nutcracker” continues with performances at the Arsht Center, 1300 Biscayne Blvd., Miami, through Dec. 22 and at the Kravis Center for the Performing Arts, 701 Okeechobee Blvd., West Palm Beach, on Dec. 27-29. For more information or to buy tickets, visit miamicityballet.org/nutcracker.