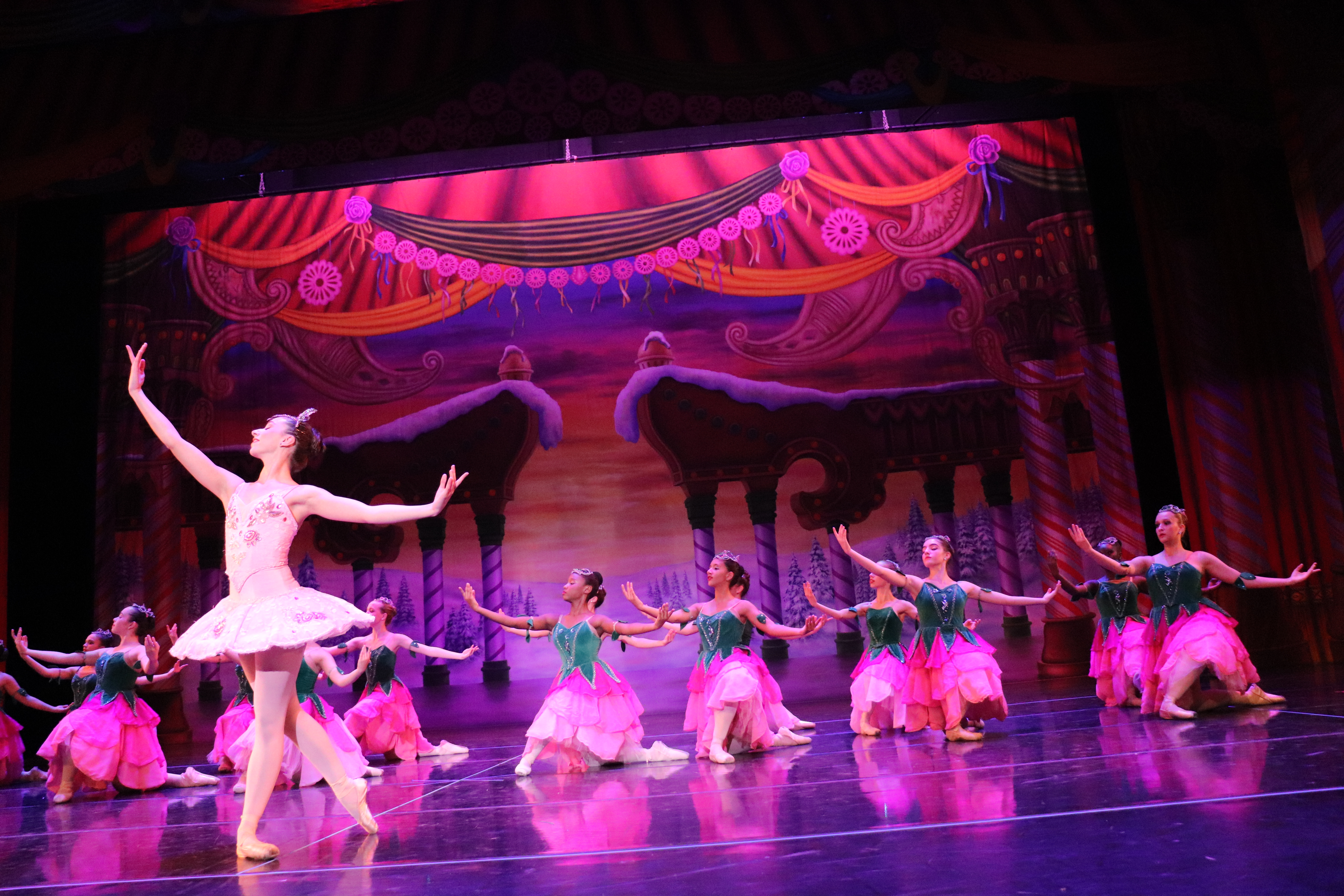 Thomas Armour Youth Ballet’s 43rd production of the holiday classic “The Nutcracker,” presented Dec. 4-7 with the New World School of the Arts, dazzled with high production values and student dancers whose command of the movements often approached the professional.

During the shows, at the Miami-Dade County Auditorium, terrific costumes were the rule, and lighting designer Joshua Gumbinner transformed the usually drab Biedermeier interiors of the Stahlbaum (in the TAYB production “Silberhaus”) family’s salon with a South Florida tropical palette that energized sets with peacock blue and papaya hues.

The skill of the dancers consistently surprised. During the Dec. 7 show, Michael Cadena and Kasey Thomas were extraordinary as Harlequin Dolls, as they conjured the illusion of robot love with a mechanized game of hide-and-seeky

In the role of Clara, Olivia Yaya on Dec. 6 and Nami Chung-Vastine on Dec. 7 were charmingly absorbed by their Nutcracker doll, opposite Leonardo Alvarez in the role of Herr Drosselmeyer, who captured the ambiguity of the Hoffmann character flashing from vaguely vampiric to favorite uncle. 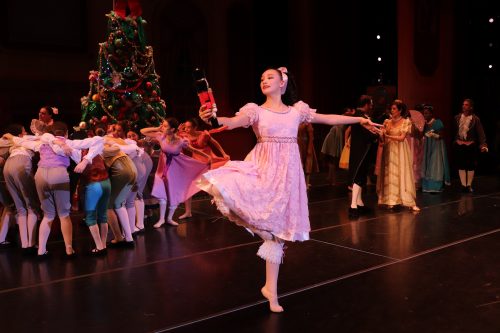 Nami Chung-Vastine as Clara in the Thomas Armour Youth Ballet and New World of the Arts’ production of “The Nutcracker.” (Photo courtesy of Addyson Fonte)

The production also was well-organized. In one version of the battle between the Nutcracker Prince (ably acted by Cadena) and the King Rat (in an especially acrobatic version by Alexander Sokolov), both the militia and mouse hordes each faced off 20 students strong. Young voices could be heard in both performances expressing disbelief at the Mouse King’s return of his disarmed enemy’s sword.

The pas de deux of the Snow Queen and her Cavalier, performed by Allyssa Nelson and Joao Silva, was spectacular. Nelson appeared feather-light, whether scooped overhead by Silva or folded onto his shoulder. Also impressive was Nelson’s lovely sequence of pirouettes and Silva’s jeté cloche.

As the Spirit of Christmas, Autumn Rodrigue shone during the “Dance of the Snowflakes,” with a rotated sequence of flawless sissonnes flanked by Snowflakes who presented terrific coordination of the upper body.

The timing of Spanish Chocolates Maggie Mesa, Nichole Perez, Itxaso Sanchez, and Larissa Souki was precise and consistent. During the Dance of Arabian Coffee on Dec. 7, Anya Susan Collins carefully sculpted the music’s adagio tempo through the sinuous play of her arms and upper body.

Marzipan Shepherdesses Amanda Bacallao, Ainsley Grippando, Isabella Lucas, and Allyssa Nelson — wonderfully costumed in white with accents of green and pink — shone with eye-popping group precision, whether springing to arabesque or in the attack and landing of pirouettes.

Thomas Armour Youth Ballet’s Dance of Tea was notable for its 12-foot dragon, held overhead by dancers in stunning burnt orange tunics, accompanied by demi-soloists Grippando with Thomas on Dec. 6 and with Camila Hernandez on Dec. 7, draped from neck to ankle in turquoise and gold. 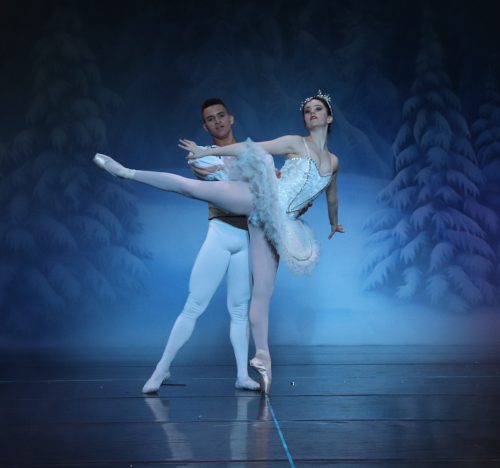 The roles of Snow Queen and Cavalier were performed by Allyssa Nelson and Joao Silva. (Photo courtesy of Addyson Fonte)

Sporting scarlet Cossack shirts, Michael Lerma, John Mobley, Joshua Moore, Jeremiah Paul and Alexander Sokolov set the crowd marking time as they leap-frogged one another from a push-up, or crouched and helicoptered their legs underneath.

With two different versions of Dew Drop, both Bacallao and Destinee Jimenez turned in nicely controlled Italian fouettés and piqué turns that faithfully paced out the 3/4 time.

Former Thomas Armour  student Caroline Betancourt — now with the Royal Danish Ballet — danced the role of the Sugar Plum Fairy, opposite Evgeni Dokoukine as her Cavalier. Betancourt showed a terrific sense of musicality, skipping forward in arabesque or catching the accents in the celeste with a flick of the foot in her piqué turns, while Dokoukine channeled power in his double tours and jetés.