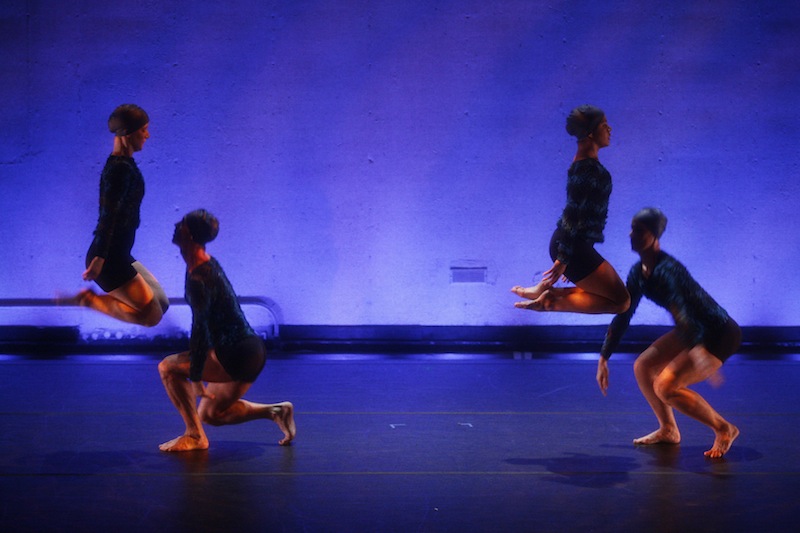 Joffrey Ballet choreographer, dancer and Hollywood, Fla., native Edward “Eddie” Stierle will return to South Florida with Lacrymosa, performed by Dance Now! Miami this Thursday through Friday at The Gleason Room, Backstage at the Fillmore on Miami Beach. Stierle passed away at the shockingly untimely age of 23 in 1991, from complications of AIDS, but Lacrymosa remains alive.

For this performance, dancers who worked with Stierle on creating this groundbreaking ballet shared their stories with Dance Now! Miami, allowing for the company to hear and learn firsthand the choreographer’s motivations, emotions and intentions, in order to adapt the piece. Even Stierle’s sister visited the Dance Now! studios, where the company is in residence in the Little Haiti Cultural Complex, to impart her perspective.

Hannah Baumgarten, co-founder of Dance Now!, says the shared stories and other elements of producing the 1988 landmark work — originally commissioned and performed by the Joffrey Ballet — all came together in the most “serendipitous” of ways.

Kim Sagami, one of the original Lacrymosa cast members, traveled to Florida in March to work with the Dance Now! Miami dancers. In early May, Lisette Salgado, a Miami native, visited the Dance Now! studios to conduct a workshop with the dancers, which included stories of her long friendship with Stierle and her work with him in helping to create Lacrymosa.

The full-length Lacrymosa came out of a solo work that Stierle presented for the International Ballet Competition in Jackson, Miss., where he won a gold medal, and where Joffrey co-founder Robert Joffrey first saw him. “It was spectacular,” remembers Salgado.

The solo was so remarkable that Joffrey himself, a judge at the competition, offered Stierle a contract with the Joffrey Ballet. At 18, Stierle became the youngest dancer to join the Joffrey Ballet and was commissioned to develop his solo into an ensemble piece. Lacrymosa later became part of the Joffrey repertory.

Salgado says her life never ceased to cross paths with Stierle’s. It began when they both danced at the Liana Dance Studio as pre-teens in Miami. They continued together, mentored by Marianna Alvarez and Judith Reece Newman, in a small regional company, the Miami Dance Theater. “It’s just amazing when I think back that we both then ended up at the Joffrey Ballet. Our lives would just intersect.” In 1988, Salgado joined the Joffrey Ballet and danced with the company for seven years.

Lacrymosa had its genesis from solo to ensemble work with Salgado and Stierle working in his small Manhattan apartment on 35th Street. “Between Sixth Avenue, on the Macy’s block, with a Comfort Inn next to it,” recalls Salgado. “We would move the furniture out of the way and work on the choreography.”

She recalls that the long meetings would many times be a conversation between the two dancers about the movement and then the movements would “just connect one after the other. It was simple. It just happened. It came out naturally.”

Baumgarten compares the passing on of the stories about the creation of Lacrymosa to the African tradition of the griot, a master of oral traditions who keeps stories alive. “Dance is griot by nature because it is that storytelling and with this piece in particular, there are so many elements. We’re trying to build in, which is in the spirit of that tradition of passing on information to young people.”

The Thursday, May 19, performance of Lacrymosa will be a closed evening free to LGBTQ youth. Teen artists will present poetry and spoken word with the focus on gender identity as LGBTQ youth growing up in Miami. The presentation is part of Project LEAP (Leaders of Equality through Arts and Performance), a queer youth arts initiative by the Pioneer Winter Collective.

“It is so important that this work brings to light the fragility of the human condition and casts particular attention on the growing epidemic in South Florida,” says Baumgarten. She wants the production to drive home the statistics. According to federal data, Miami-Dade and Broward Counties are No. 1 and 2 in new cases of HIV in the United States. Lacrymosa will be performed again next May at the Colony Theater just before the WorldOut Games 2017, a sporting and cultural event for the gay community, which Miami is hosting.

The name of the piece, Lacrymosa, is one of the movements from Mozart’s Requiem, the music Stierle selected as his soundtrack. In it, Mozart reveals one of mankind’s biggest fears — death.

When Stierle’s sister, Rosemarie Worton, visited the Dance Now! studios, Baumgarten says she spoke of the deep meaning of the work. “What she told us is that the piece is about AIDS and it is about that particular moment in time, but more importantly, it is about the fact that we must all accept that death is with us at all times. Death will come to everyone. I think that’s what happens to you when you have a sibling that dies so young and makes such a big point of it.”

Yet, there is a celebratory nature to Lacrymosa, Baumgarten adds. “Eddie said that the piece is not just about his death. … It’s about how the people you leave must go on and live life and celebrate. This is not a dance about mourning. It’s about facing reality and not letting someone’s death be the end.”