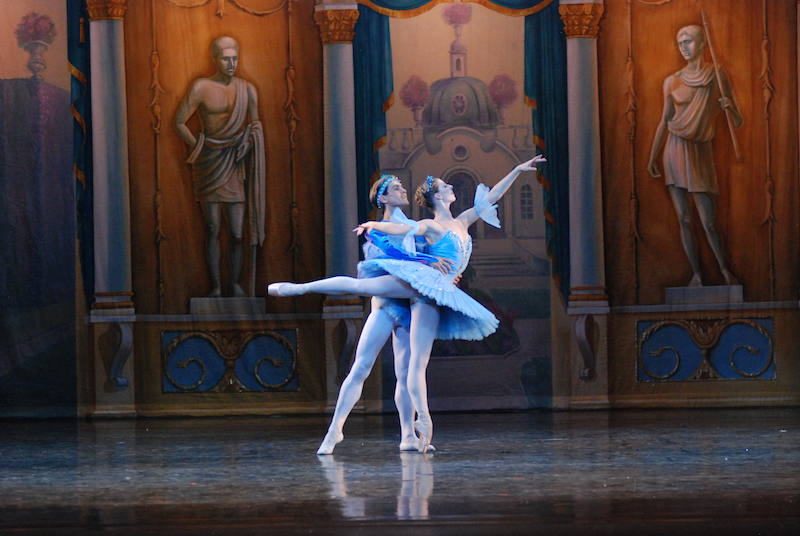 The end of the 19th century was a golden age for ballet. In 15 years of collaboration, two great Russian geniuses – choreographer Marius Petipa, and composer Pyotr Tchaikovsky – produced ballet standards that figure in the first rank among today’s classics of the art form – “Swan Lake,” “The Nutcracker” and “Sleeping Beauty.”

And a pair of geniuses were needed to construct a dance performance so sublime that it suspended disbelief in “Sleeping Beauty”’s libretto. Think about it – a fairy curse plunges not just its main character but the entire kingdom into a 100-year sleep whose awakening is celebrated by cameos from Puss in Boots, Little Red Riding Hood and Tom Thumb. Maybe that’s why the great Tchaikovsky hoped the ballet might run a few years at best before history would shelve it.

But where 19th century critics panned the ballet as a sell-out to poor taste, audiences went wild for it, and history has proven them right. Now South Floridians can experience a little fairy magic themselves over the holiday when the State Ballet Theatre of Russia performs this balletic landmark at the South Miami Dade Cultural Arts Center on Thursday at 7:30pm for one night only.
Asked why “Sleeping Beauty” endures as a balletic landmark, Nikolay Anakhin – General Director of the State Ballet Theatre and Igor Levin, its President and CEO – explained by phone that the ballet’s iconic status is due to the classic Russian ballet tradition and the Russian school that sustains it.
“There is a strong ballet education in Russia – the strongest – and the best ballet schooling is there. This is the most important thing for the survival of the classical tradition and the ballets connected to it,” remarked Levin. “Also the ballet is important because it preserves the great classical choreographies of Petipa,” he added.
For South Florida audiences long accustomed to the neo-classical choreographies and style of George Balanchine, the Russian classical school offers a dramatic change of pace.
“Miami audiences don’t know Petipa’s choreographies well. Balanchine was doing something different — he worked in a different time far removed from Petipa,” observed Levin. “Balanchine was working in the United States, and he did not have available to him what Petipa had, working in St Petersburg at the end of the 19th century. Petipa worked with a huge budget and some of history’s best ballet dancers.”
And the State Ballet Theatre of Russia continues in the tradition by casting top-notch talent with dancers that include Tamara Fokina, prize winner at both the Varna and the Helsinki ballet competitions, performing the roles of the Fairy of Carelessness and Princess Florine, and Valeriy Tselischev, Laureate of the Arabesk Ballet Competition, performing the role of Prince Désiré. According to Anakhin, what makes the cast so special is that, “These prima dancers and prima ballerinas have been working together in Russia for a long time and are masters of classical technique.”
Still, though the dancers may be among the best, Anakhin and Levin agree that the main reason for the ballet’s success is its music.
“South Florida audiences will love this ballet because it has the music of Tchaikovsky – the greatest composer for ballet – and then after that it helps that “Sleeping Beauty” has great dancing, and a great love story that leaves people feeling very positive about life.”
“Sleeping Beauty” on Thursday Dec. 28 at 7:30pm., the South Miami-Dade Cultural Arts Center, 10950 SW 211 St., Cutlet Bay; tickets range from $37-$57. 786 573 5300 or http://www.smdcac.org/events/sleeping-beauty.