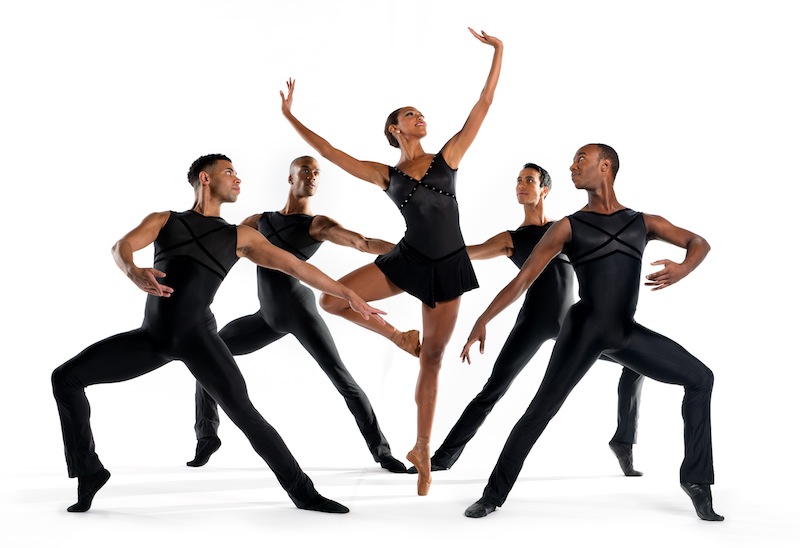 There are few shortcuts for anyone hoping to make it in ballet, but for black dancers that road has always been particularly arduous. A lack of access to training, scant rewards, and cultural bias—if not outright racism—have blocked the way toward participation, never mind prominence, in the art form. All the more reason to welcome into our midst Dance Theatre of Harlem, with its exceptional history and enduring vitality as a haven for ballet artists of color.

“The Return of the Black Ballerina,” the program the company is bringing to South Miami-Dade Cultural Arts Center, calls to mind the wondrous rebirth of the phoenix. After financial difficulties halted DTH’s professional performances from 2004 to 2012, a leaner, refreshed ensemble rose up to fly under the direction of Virginia Johnson, a founding principal ballerina. She succeeded Arthur Mitchell (now artistic director emeritus), who in 1969, stirred by the assassination of Martin Luther King, realized the dream of bringing ballet to the heart of Harlem. Mitchell had a pioneering career at New York City Ballet, where in the 50s and 60s he enlivened many Balanchine roles, a unique position for an African-American.

While feeling fortunate to have been with DTH at the start, Johnson focuses on the demands of the present and lets her vision sweep toward the company’s horizon. “We have the possibility to defy preconceived notions of what ballet is and to open opportunities for all kinds of people,” says the director. That, she insists, “can make a difference, not just in dance but in society-at-large.”

Indeed, DTH’s message travels far. As Miami City Ballet corps member Christina Spigner attests, “Growing up in Arizona, it was discouraging to be the only person of color in class among Caucasian peers. I wasn’t able to see many role models in classical ballet. But it was so empowering to read about Dance Theater of Harlem. It gave me hope there were other ballerinas out there looking to inspire audiences while being comfortable in their skin.”

Giving career opportunities to dancers who might otherwise not find such a nurturing environment, DTH widens overall perspectives. “Many think, oh, ballet is elitist, it’s not for me!” Johnson notes. “But the essence of ballet lies in lifting the spirit. Dancing on the tips of your toes is the closest thing there is to flying—to soaring. It’s for every human being.”

Even the most recent DTH recruits have flourished in this inclusive climate. Reflecting on her dancing for the company since last year, Crystal Serrano says, “I’ve found a new family here. There’s so much support for a mix of cultures.”

Raised in Seattle, this Mexican-American ballerina first went into a studio encouraged by her immigrant father. And, thanks to scholarships, she prospered in a comfort zone. “As a kid I wanted to be a doctor or a lawyer—something lucrative to help out my folks,” says Serrano. “But I got happiness from ballet.”

The ballerina felt the stab of insecurity, however, when she went off to train in New York one summer. “There were so many blondes!” she recalls, wryly revealing the rigid ideas she encountered about what ballerinas are supposed to look like. “This truly opened my eyes.”

Serrano now prizes the repertory at DTH, which lets her confidently present her gifts. She looks forward to dancing in South Florida the lead pas de deux in Brahms Variations by company resident choreographer Robert Garland.“I love how this has great musicality in its quickness and can then meld into an elegant adagio,” says Serrano.

She’ll also take on the company premiere of This Bitter Earth by high-profile contemporary choreographer Christopher Wheeldon. Serrano admits this innovative treatment of the Dinah Washington song is very challenging, but it lets her pour forth “everything I have as an artist.”

Rounding out the bill are Darell Grand Moultrie’s Harlem on My Mind and Ulysses Dove’s Dancing on the Front Porch of Heaven—both gems, according to Johnson. The first piece, with its jazz idioms, sheds its glow on today’s Harlem and the second—a 1993 classic—bears heirloom value. “Dove’s piece,” says the director, “has the sublime capacity to convey emotions we all feel—loss, grief, transcendence. It’s simply exquisite.”

For Nicholas Rose dancing in this program figures as the most meaningful of homecomings. Having grown up in West Palm Beach, the young African-American encountered all too familiar prejudices during his early dance training. Then he was accepted into the nationally recognized Harid Conservatory in Boca Raton, where traditional Russian classicism gave him a solid base for professional success. “I went there very free spirited,” says Rose. “But in two years I learned ballet is also a science.”

He thus applies heart and mind to Dancing on the Front Porch of Heaven, the first work he performed as a DTH member. “Nuances bring it to life,” Rose points out.“Soft and sharp, the details cannot be lost.” In his interpretation he likes to uphold his ideal of “sensitivity with fierce physicality,” exactly what he admired as a kid in his artistic heroine, Miami City Ballet’s Jeanette Delgado.

Hand-in-hand with colleagues Serrano and Rose also enhance their company’s life-changing outreach activities, a plus for director Johnson, who acknowledges, “I look for dancers with imagination. Their steps must convey ideas, emotions. Ballet, after all, is about connecting with other people.”