The Magic Moves of Pilobolus 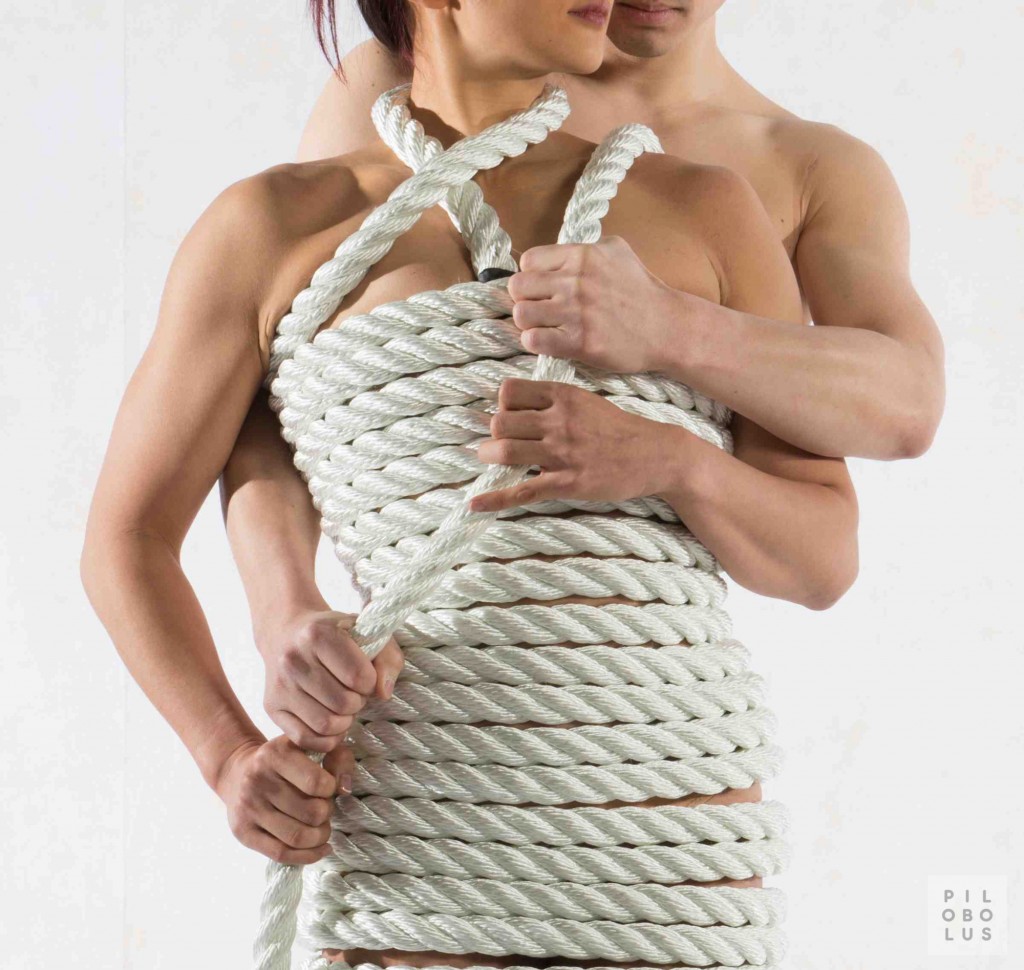 Many are those who refer to dance as “magic.” But Pilobolus takes the reference one step further. Pilobolus, the season opener of the Knight Masterworks/Ziff Dance Series at the Arsht Center for the Performing Arts, will quite literally blur dance and magic in homage to escape artist Harry Houdini. The work is a collaboration with nearly everybody’s favorite magicians Penn & Teller. Pilobolus, perhaps the most athletic and certainly the most kaleidoscopic of any dance group, may also be the most collaborative. “Everything about Pilobolus is collaboration,” says Renee Jaworski, associate artistic director of the group. “From its inception 40 years ago to now, Pilobolus was about pushing the boundaries of dance. If we are to remain true to ourselves, if we are going to be around for the next 40 years, we need to proceed as though we were new to the game. One of the best ways to do that is to work with folks who have completely different points of view.” Enter Penn & Teller. Also enter Steven Banks, a mime, as well as head writer for “SpongeBob SquarePants.” It was a collaboration between Banks and Pilobolus that produced a Pilobolus signature piece “Shadowland.” An excerpt from that piece, “Transformation,” is among the five pieces that will be presented at the Arsht Center. This commitment to collaboration extends to musicians of all kinds of stripes. According to Jaworski: “We ask far more from them than composition. We ask for their perspective as musicians, which is often so different from ours as dancers that a whole new conversation may develop.” Enter alternative music pioneer Brian Eno. This collaboration resulted in “Day Two” as in the second day of creation. Creatures, or at least some of them, learn they can fly. A work as sensual as it is athletic, this is a dance that “must be experienced rather than described,” says Jaworski. Enter meditative flutist Riley Lee in a collaboration that has become another Pilobolus classic, “Shizen.” Once again, emphasis is on organic shapes and creation themes as dancers become “beings in the process of finding one another,” says Jaworski. Buy hey, move over mediation. Enter Tijuana’s Nortec Collective Presents: Bostich & Fussible. Grammy award director/choreographer Trish Sie came to this party too. What resulted? “It’s all about ropes,” Jaworski says, “six dancers and twelve ropes. Little by little the ropes develop their own personalities and inner lives.” For a dancer, doesn’t all this — the range of moods, all this shape-shifting — become dizzying? “Oh, yeah,” says Jaworski, “and I love it. When I came to Pilobolus as a dancer, I was stunned by what I was being asked to bring to the table. In most companies, dancers have no collaborative role. At Pilobolus, I was expected to know everything from what was happening politically around the world, to the themes of great work of literature. I was asked to bring that to my dancing. And that’s not all. “Pilobolus, finally, is more than a collaborative. It is an organism. In order to dance as we do, we become part of that.” Pilobolus comes to the Arsht Center for the Performing Arts, 1300 Biscayne Blvd., Miami, on Friday and Saturday at 8:00 p.m.; tickets range from $30 to 90; www.arshtcenter.org. Photo: Robert Whitman