‘The King and I’: A Blending of Dance Cultures 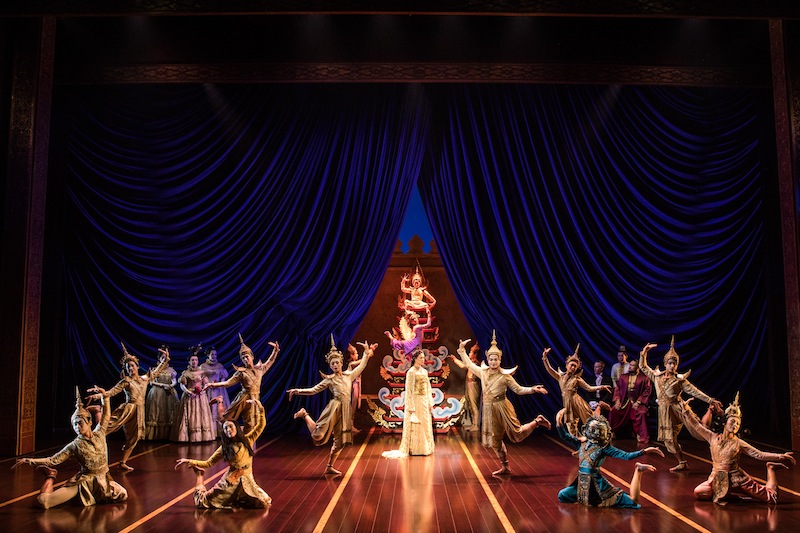 Revivals are hot on Broadway these days with “CATS”and “Hello, Dolly!“once again gracing the Great White Way. There is a certain nostalgia in taking a second or even third viewing of a beloved show. Such is the case with “The King and I,” now on tour after winning four 2015 Tony Awards including Best Revival of a Musical. The play opens on Tuesday, May 9 at the Arsht Center for the Performing Arts.

East meets West in Rogers and Hammerstein’s 1951 musical, which tells the story of Anna Leonowens (Laura Michelle Kelly) and her time spent at the court of the King of Siam (played by Jose Llana), educating his children in the ways of the West. The king is dedicated toadvancing his country while still clinging to the customs of his time – the 1860s — and place. Anna has her job cut out for her as she craftily deals with the king, and his many wives and children. Her story is told through music coupled with sumptuous sets and costumes designed by Michael Yeargan and Catherine Zuber — Tony Award winners for this production.

Then there’s the dancing. Choreographed by Tony winner Christopher Gattelli based on the original choreography by Jerome Robbins, the dances are an essential part of the musical. Sixty-six years after it opened on Broadway, the artistry and talents of Robbins are still very much apparent today.

Robbins brought to the production a background in both ballet and musical theater. In 1940 he appeared in “Keep off the Grass”with choreography by George Balanchine; and in 1944 he choreographed “Fancy Free” for Ballet Theatre with music by Leonard Bernstein. “Fancy Free”is in the repertoire of the Miami City Ballet. He worked with Bernstein again in 1957 on “West Side Story.” Throughout his long career, Robbins not only choreographed for both the concert and musical stage, he changed and left an indelible print on both.

Just as he was able to move within dance worlds, Robbins was also able to bring a fusion between East and West in his choreography for “The King and I.”From the ice-breaking fan dance in Getting to Know You to the inventive use of Cambodian classicaldance blendedwith Japanese Kabuki theater in The Small House Of Uncle Thomas – based onHarriet Beecher Stowe’s “Uncle Tom’s Cabin,” Robbins used dance as a mechanism to push the story forward and at times, to drive home a point.

The Small House of Uncle Thomas is composed of an all female cast — reflective of the classical dances traditionally performed for the Cambodian court. In this case, it’s performed for the king and his English guests and presented by the slave Tuptim. The symbolism of this piece is far-reaching and multi-layered. The production of this ballet threatens the power of the king and serves to highlight the recurring themes of tolerance, equality and freedom. Robbins is at his most artful self in the manner in which he adapts Cambodian dance to a Western audience.

Revivals are an important linkage between the past and the present, serving as cultural and artistic barometers. Miami City Ballet Artistic Director Lourdes Lopez, who worked directly with Jerome Robbins as a soloist and principal dancer with New York City Ballet, says, “Jerry taught, what he himself lived, a commitment to dance that involved questioning and looking past the art form’s traditional parameters to imagine a more potent form of theater, one capable of poetically expressing a deep felt humanity.” “The King and I”couldn’t arrive at a more appropriate time.