The Hip Hop Nutcracker: A Unique Take on an Holiday Favorite 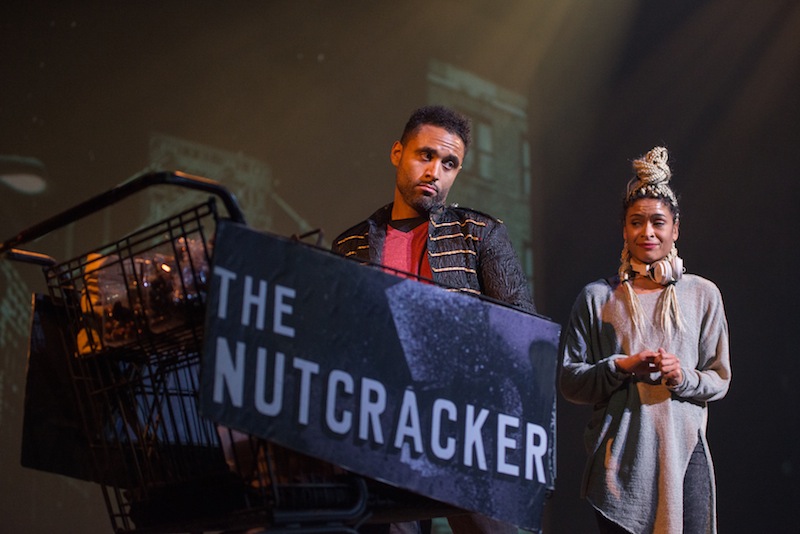 It happens every year, right around Thanksgiving, productions of the Nutcracker pop up from coast to coast, marking the start of the holiday season. But on Saturday, Miami audiences have the opportunity to see a truly contemporary take – “The Hip Hop Nutcracker” at the Arsht Center for the Performing Arts. Hip hop and the “Nutcracker” are an unusual pairing, to say the least, a coalescence of different energies in movement, music and history.

“The Hip Hop Nutcracker,” however, doesn’t deviate much from the original story line, based on the Alexandre Dumas adaptation of E.T.A. Hoffmann’s 1816 story of “The Nutcracker and the Mouse King.” Hoffmann wrote stories that transcend the borders between reality and fantasy. Marie (sometimes named Clara) is swept up into a magical world of fighting mice and soldiers, and of dancing snowflakes and magical toys. “The Hip Hop Nutcracker” presents a similar world told through the language of hip-hop movement vocabulary.

In this retelling, the action takes place in New York City on New Year’s Eve. The Land of Sweets is a nightclub in the 1980s.

Brooklyn-based Jennifer Weber, the director and choreographer, is no stranger to the world of hip hop. She is the founder and director of Decadancetheatre, a hip-hop theater company that has toured nationally and internationally. Speaking by phone, Weber explains that “hip hop is about individuality. It’s about expressing yourself, it’s about making your voice heard and about community, about sharing and growing. These are the fundamental values hip hop was created with.”

In “The Hip Hop Nutcracker,” Weber says much of that individuality can be seen in free-form solos of the dancers. “What’s cool about hip hop is that there are so many different styles, we are able to create so many characters. The movements of the Nutcracker are very different than how the mice dance or the soldiers dance. Everything has its own style.”

Featured on the program is Kurtis Blow, a legend in hip-hop culture and the first rapper to be signed by a major label. “Kurtis is a magical human being. He walks into the room and has a beautiful spirit. He’s always about love. If anyone represents the old-school vibe of hip hop it’s Kurtis Blow,” says Weber. Blow opens the show, rapping the introduction.

Weber, along with co-creator Mike Fitelson, presents a “Nutcracker” that speaks to a more diverse and urban audience. This is not the first time the “Nutcracker” ballet has changed venues or eras from its original Russian setting. Mark Morris’s “The Hard Nut” takes place in the 1970s; while Matthew Bourne’s “Nutcracker” occurs in a grim Dickensian orphanage. What they all have in common is Tchaikovsky’s music. Weber says working with the music was both rewarding and challenging. “The challenge is super exciting, you push your body to move in new ways and to try different things.”

The 12 dancers in the program “are as much of a family offstage as they appear to be onstage,” says Weber. What does she look for in a dancer? “That magic quality where you can’t take your eyes off them. People who are really great storytellers [and who have] really high-level hip-hop skills.” Skills that have grown and developed with the evolution of hip-hop culture.

The movement can be traced back to the South Bronx in New York City in the 1970s, often perceived as an expression of urban youth. Over the course of the next two decades, hip hop made its way around the world and into more mainstream outlets, in films, television shows and even in the repertory of the New York City Ballet, with resident choreographer Justin Peck’s work “The Times Are Racing.” “Hip hop today is a dance culture that keeps evolving and keeps growing, while, at the same time, stays true to the roots of where it came from,” explains Weber.

With “The Hip Hop Nutcracker, Weber and Fitelson have filled the stage with the magic of the old and the new worlds, in time for another New Year’s Eve.