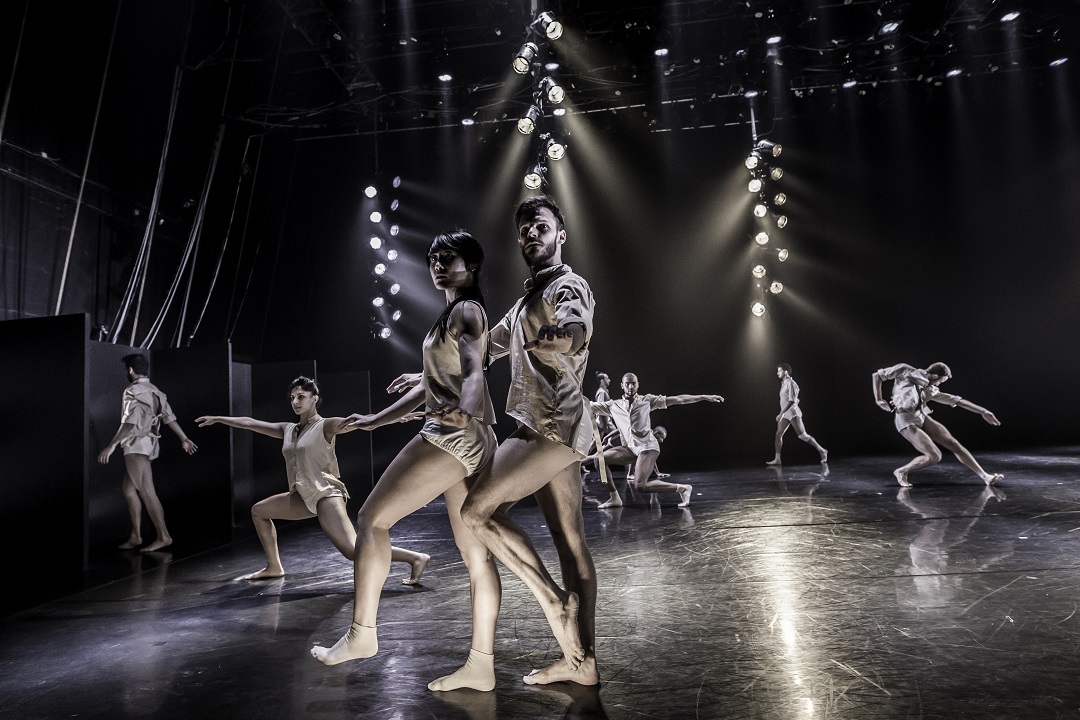 This Saturday, for one night only, Israel’s most innovative modern dance company will perform at South Miami-Dade Cultural Arts Center. The company, the 18-member Kibbutz Contemporary Dance Company, will present “Horses in the Sky,” a work which critics in other cultural capitals have described as nothing short of blistering.

One might be tempted to assume “Horseman’s” choreographer and Kibbutz Artistic Director Rami Be’er’s work to be overtly political. He is, after all, the child of Holocaust survivors and grew up in a kibbutz founded by such survivors. And the work to be presented on Saturday, “Horses of the Sky,” is based on a Canadian alt-rock song with lyrics calling out “violent times” and “liars who bring more lies.” Still Be’er sees the work as open questions. It is the questioning that is most important to him. “There isn’t just one way to see the piece,” he says. “I compare watching the piece to listening to classical music. It’s okay if two people sit next to each other, and one sees one thing and one sees another.” Be’er does acknowledge that his work is “not feel-good entertainment.” Rather it is caught surrealistically somewhere between “dreams, ecstasy and loaming Apocalypse.”

So complete is Be’er’s vision of this work that here, as in all his dances, he also designs lightning and costumes. These works have been commissioned by many of the important dance companies of Europe.

Be’er describes music as perhaps his most significant influence. Music for him conjures up movement. On Saturday, he will use the work by Icelandic musicians Olafur Arnalds and Bjork as well as that by the Canadian Silver Mt. Zion Memorial Orchestra, whose composition is the namesake for “Horse in the Sky.”

It’s hard to say which came first for Be’er — music or dance. The home he grew up in was a musical one with frequent evenings of chamber music played by the family members, including Be’er on the cello. And at age three, Be’er began dance classes.

Perhaps fatefully, Kibbutz Ga’aton, the Northern Galilee place where he grew up, was at the center of dance in Israel. After World War II in a kind of glorious retribution, one of this kibbutz’s founders, Yehudit Arnon, an Auschwitz survivor punished by the Nazis for not dancing for them at Christmas, made the decision to devote her life to dance. Shortly after the founding of Kibbutz Ga’aton, Arnon established a “Dance Section of the Kibbutz Movement,” which set out to bring dance education throughout the kibbutzim. At Ga’aton, a dance hall was built before the dining hall. Under Arnon’s guidance a series of dance companies were born, including the Kibbutz Contemporary Dance Company. Her educational initiatives also multiplied. Through it all, Be’er was at her side developing his own vision. Upon her retirement, he became artistic director.

Now with over 50 completed works and a thriving dance company, Be’er can also take pride in building upon the educational efforts of mentor Arnon. Kibbutz Ga’ aton has officially become home to an “International Village of Dance,” where more than one hundred dancers of numerous nationalities live and train. That community offers varied seasons of classes to dancers from around the world and extends its classes to those in the Arab villages close-by Ga’aton.  Be’er has founded a second dance company as well, one that refigures classical work for children.

“Without so many words, maybe we can have dialogue,” he says. “In the news, Israel is usually a place of conflict. What our dance company is presenting is our humble contribution to a better world.”