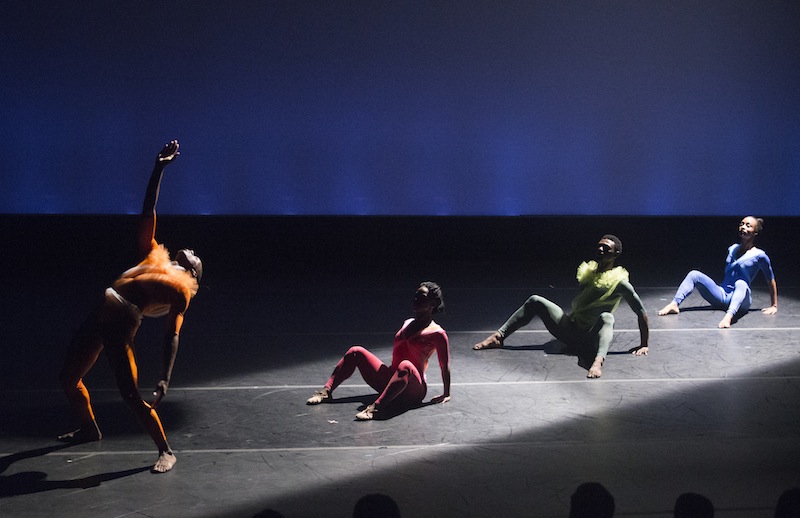 This week, Peter London Global Dance Company presents the Second Annual Latin and Caribbean Dance Night at the Coral Gables Museum. As a dancer, choreographer and teacher, London’s background is fundamentally contemporary. He was trained at Julliard, and later danced with modern dance greats including José Limón and Martha Graham. Yet he was born in Trinidad and Tobago and is equally rooted in more traditional styles.

For this second year at the museum, London has assembled a group of four choreographers who join him in embracing an eclectic dance vocabulary. The evening program is a community and family-friendly event. The company will also be celebrating their fifth anniversary, so the performances will be followed by a reception where audience members can meet the performers. We spoke with London recently to learn more about his dance background and choreographic inspirations.

What dance styles will we be seeing at the Latin and Caribbean Dance Night?

The performance will be based on tango from Argentina, in a contemporary form. We also have salsa and calypso music and dance from Trinidad and Tobago. We are trying to bring these different cultural genres together in one evening and hopefully that will bring people from the different parts of the Miami community.

So the choreographers will approach these dances from a contemporary perspective?

Yes, for example Armando Gonzalez is a principal dancer with Grand Théâtre de Genève in Switzerland. He created a work called Steppe Tango that includes Bulgarian singers and also monks, and fuses traditional tango steps with contemporary dance movements. It’s quite an interesting and unusual dance.

We also have Melissa Fernandez. She’s a local woman who is now a soloist with Ballet Hispanico in New York. She created a work called Que Se Enquentra de las Arabales. She did some very complete research on the tango, when it started, where it started, how it started in Argentina. So you see a whole chronological development of the tango in her work.

Another piece is called Tangled Not. The choreographer is Jeffrey Lloyd Smith, a former dancer with Paul Taylor Dance Company. He deconstructed the tango and created a conversation between three people. It’s almost like a competition between the two women to get the man. And there’s One Stolen Kiss by Gentry Isaiah George, with Dance Theater of Harlem.

And you have two pieces as well. How has tango influenced you?

I once performed in Argentina with the José Limón Dance Company. That was my first experience in Buenos Aires. In the morning, we went to the very famous street there called Calle Florida. It’s sort of like Lincoln Road on Miami Beach — it’s very fashionable. And in the evening, we were taken to the best tango club in Buenos Aires. You get a table and you get these tickets and you can go and dance with different people. We had a fantastic time dancing tango until 6 o’clock in the morning.

And a number of years later I performed again in Buenos Aires with the Martha Graham Dance Company. So I’ve always had a very powerful feeling about the energy and the spirit there in Buenos Aires. Eventually after all these years, I decided to do something with the memory that I had of Argentina. I created these two solos, one for the morning experience that I had, Buenos Dias, and one for the evening experience of the tango, Buenos Noches. We’ll be performing both of these solos.

You have extensive training and experience with modern dance. How did you learn the more traditional social dance forms?

In Trinidad, we have a very strong retention of Spanish culture there: of music, the dance, the food and the people. As a folk dancer there in my early days, we danced everything. So that has always been part of my background. And I also studied classical Spanish dance.

But I started studying modern dance and classical ballet and I started mixing things. When I needed to create something I would just use all this material to say whatever I needed to say. We are living in a global world and that’s why I call my company Peter London Global Dance Company.